Lee Fields returns with a gritty soul record, My World, that sounds decades old yet is unavoidably of its time. (Grade: A-) 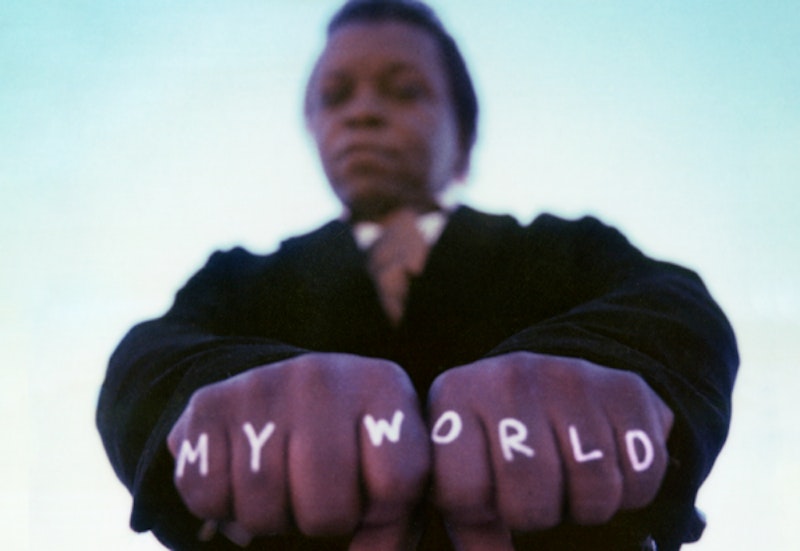 The release statement attached to My World, the brand new full-length album from soul survivor Lee Fields and his group The Expressions, describes it as a counterpart to the retro-soul of Amy Winehouse and Curtis Mayfield-sampling, hip hop beat makers. It's peculiar company seeing as they make a concerted effort to distance Fields from Otis Redding, Al Green, James Brown and all the other architects of soul who are so clearly referenced throughout this album. The other problem arises when you consider that the same instrumentalists who laid down tracks on Back in Black are also featured on My World, rendering the comparison to Winehouse rather pointless. So what exactly are Jeff Silverman and Leon Michels, the producers and label heads of Truth & Soul Records, trying to convey with this seemingly antithetical description? Maybe it has less to do with how My World should sound than how it should be interpreted.

Fields is not new to the game. As a young man working the East coast soul circuit in the late 1960s, Fields was often called "Little JB" for his likeness to the Godfather of Soul. His assorted 45s, recorded in the late 60s and 70s, are gritty, funk throwdowns that easily could have popped up on one of Brown's Funky People compilations. After a decade-long period of silence, Fields reemerged in 1996 and recorded tracks for the Brooklyn-based Desco Records, the precursor to both Daptone and Truth & Soul Records. In Desco's early days, the mantra was "When it comes to gettin' down, James Brown is the ground," and Fields, with his rough-edged croon and appetite for showmanship, was a perfect fit. However, after the label split, the Brooklyn retro-soul scene expanded in scope, taking on shades of jazz, afrobeat, and deep soul balladry. Fields refined his voice accordingly and released Problems, a gut-wrenching study on crime, poverty, and love that featured the staggering ballad "Honey Dove," which is understandably repackaged on this album. My World continues this trend of rebranding modern soul as an organic sound that owes as much to funk and jazz artists as the hip hop and R&B musicians who have sampled them since.

"Do You Love Me" is a proper introduction to Fields' commanding presence. Simply put, the man does not sing around notes. It helps that the Expressions provide a rich background of descending horn flourishes, light strings that float in and out, and excellently placed trumpet bursts that help Fields punctuate his anguish. The front man and the band also have a natural rapport, so when it comes to delivering the sugar and the rawness, they each take turns. On "Love Comes And Goes," one of the first singles to sneak out of the band's recording sessions, Fields rips into a cloud of tipping strings, unleashing one of the premier vocal soul cuts of the year. The head-bobbing beat during the verses feels more hip-hop than funk but vocal harmonies meld together beautifully during the refrain. When the band described the desired outcome as something "tough as nails and sweet as honey, " this is that sound.

Of the album’s instrumentals, "Expressions Theme" is the most memorable and resonates most deeply with the summertime funk-groove that was captured on the El Michels Affair release, Sounding Out The City. The number begins with a deep bass note that fills up every inch of free space in your joints. The layered melodies tighten and expand as the bass keeps buzzing harmoniously. Guitarist Thomas Brenneck, who orchestrated the understated funk of The Menahan Street Band's debut, strums a sweet, soul rhythm reminiscent of old TSU Toronados cuts.

It's clear that the Brooklyn-based collective that makes up the Expressions and practically every other retro-soul outfit releasing new material today (Budos Band, The Dapkings, El Michels Affair, Menahan Street Band, The Soul Investigators) is versed not just in the art of sweet soul melodies, but hip hop, afrobeat, and turntable culture as well. The El Michels Affair just recently put out Enter The 37th Chamber, a collection of Wu-Tang covers celebrating this melding of sounds. It seems with this new album, though, that the musicians aren't trying to recreate soul music of the past or even reinvent it, but rather to steer the current state of the genre back to its correct origins. One can appreciate Duffy or Jamie Lidell's vocal wankery, but, despite their love for soul music, their approaches are rooted in pop, and enjoying them requires listening to the music from that angle. Meanwhile, Daptone and Truth & Soul have opened up to the various branch offs and descendants of golden era soul: whether it be the Ethiopian jazz of Mulatu Astatke or the beat-poetry-inspired hip hop of Mos Def. The problem is Sharon Jones has been carrying the mainstream load for this new movement for far too long and she could use some company. And while the majority of releases that come out of Daptone and Truth & Soul sound fresh, the music does take on a whole new level with vocals, especially with a singer like Lee Fields.

My World can be a cross-genre hit that satisfies new soul listeners and old school fanatics alike, but it requires taking a step back and accepting it for what it is: a solid album featuring a damn good vocalist and excellent musicianship. It may be influenced by the greats like Curtis and Marvin, but it does not aspire to join them. Instead it reaches for something perhaps more ambitious, to take back modern soul from something that was regularly dominated by a pop and electronic aesthetic and return it to its organic roots. This is what soul music in 2009 sounds like. Ain't it great?