The Glorious Return of Opeth

In Cauda Venenum is like an evolution of the best and most challenging rock of the 1970s. 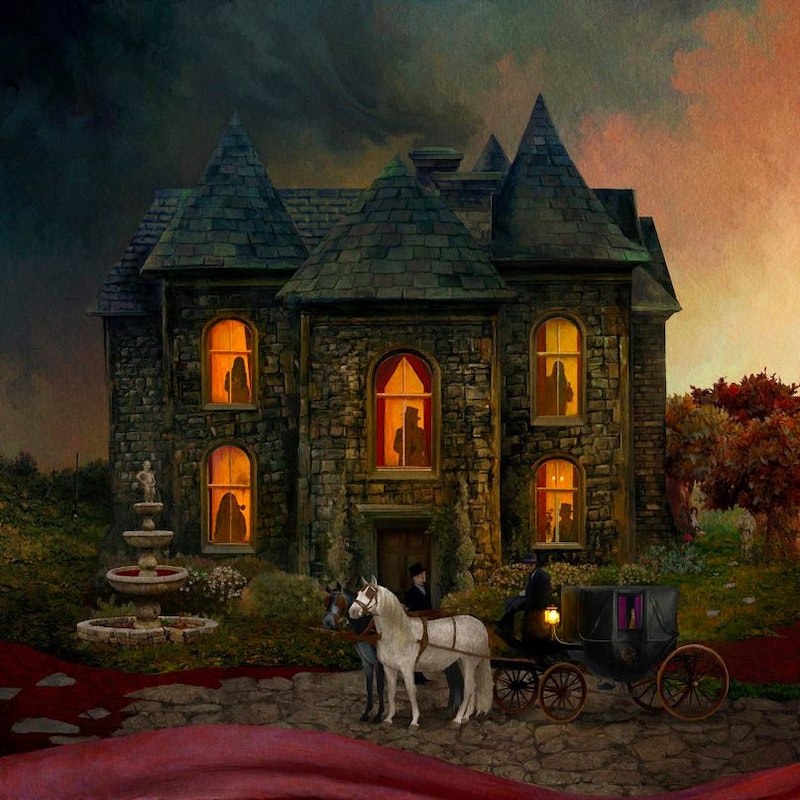 By the time a band releases its 13th album, its first is long in the past and even its eighth is likely some distance away. And yet a band’s history follows it around. Thus Opeth, who started as a brilliant mixture of death metal and technical prog on their 1995 debut Orchid, but who’ve moved away from metal at least since 2005's Ghost Reveries. That was their eighth album and last with longtime guitarist Peter Lindgren, and in the years since frontman Mikael Åkerfeldt has guided Opeth toward a prog style influenced by European bands of the 1970s—an instrumental on 2014's Pale Communion was actually called “Goblin”—leaving a trail of befuddled if impressed critics in their wake.

Now comes In Cauda Venenum (Latin for “poison in the tail”), Opeth’s newest album, and if it’s in part an exploration of classic prog, it’s also a relaxed and confident assertion of the band’s chosen musical territory. Those who remember when Opeth had become as big as it’s possible for a prog-death band to get—admittedly, not very—have to be either baffled or impressed by how far they’ve come over the years. But In Cauda Venenum is really of a piece with Pale Communion and 2016's Sorceress; this is Opeth’s identity, now, and In Cauda is the most accomplished of the three albums.

There are 10 tracks on In Cauda, which comes in both a Swedish version (recorded first) and an English version (knocked out, according to Åkerfeldt, because he had last-minute fears about missing out on Anglophone listeners). After a near-instrumental intro, the shortest song’s five and a half minutes long, with every other track above six, and two reaching eight and half minutes. This is a prog album, but one with restraint and even concision. Songs are lengthy because they have to be for their structures to make sense and resolve properly, not because they sprawl at random across unrelated musical subjects.

It’s not a metal album in any sense, no death growls, no blast beats (which the band never really used anyway). In fact, you hear more traditional rock approaches on the album: the way ballad “Minnets yta” (“Lovelorn Crime”) builds, for example. The guitars of Åkerfeldt and lead player Fredrik Åkesson evoke 1970s hard rock in their well-chosen bombast and evocative solos, seeming to nod to the propulsive drive of “The Immigrant Song” at the start of “Hjärtat vet vad handen gör” (“Heart In Hand”), or to the insistent start of Rush’s “YYZ” in the opening of “Charlatan.”

Rush is a useful comparison here, a similar fusion of instrumental prowess with hard rock, notable in the way creative rhythmic choices from drummer Martin Axenrot give In Cauda’s songs unexpected complexity. Some of the soundscapes on the album recall Pink Floyd, as do the more affecting guitar pieces—the solo on “Minnets yta,” the acoustic interlude on “De närmast sörjande” (“Next of Kin”). Beyond these general similarities, though, In Cauda Venenum is reminiscent of classic rock without being derivative. The compositional richness is more profound than the flash of Deep Purple, the organ notes less bludgeoning, while there’s a power and a darkness completely unlike Yes or Genesis.

While Åkerfeldt’s notorious for his passion for older and obscure music, Opeth has been around for nearly a quarter-century and have their own identity and sound. In particular, Joakim Svalberg’s keyboards have a brooding texture that’s specific to this band. What they’ve done on this album is explore and refine their approach. The album is more cohesive than anything since they moved away from death metal. In Cauda Venenum isn’t just a collection of songs, but a flowing whole that builds through the end of anthemic album closer “Allting tar slut” (“All Things Will Pass”).

The band’s knack for moving from heavy to acoustic sections within a song is still front and center. And the acoustic sections of tracks like “Ingen sanning är allas” (“Universal Truth”) or “Hjärtat vet vad handen gör” are warmer than on previous albums, not just more organic in their sound but more open in the songwriting,  like a kind of dreamy folk-rock. Meanwhile, the heavy sections have found a rock drive that’s unlike the crushing weight of death metal, if occasionally echoing the knockabout feel of some stoner metal.

At no point does the band lapse into technicality for technicality’s sake. In Cauda Venenum is like an evolution of the best and most challenging rock of the 1970s, of the prog that can still be listened to without embarrassment.