The Fickle World of Pop

Kelis' new release Food is her first foray into pop-soul. 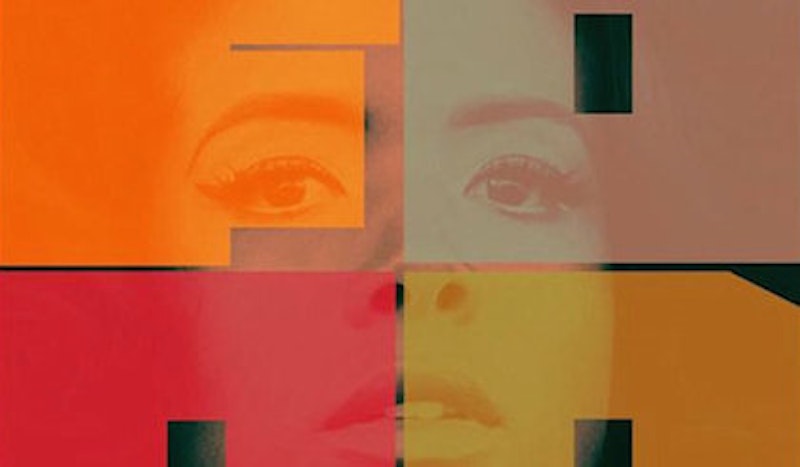 These days, making an album of pop soul is a standard move: take an artist with fading appeal, put him in a tasteful setting with vintage trappings, throw in a swinging Motown beat and an approximation of an old Stax ballad. Career resuscitated! (If soul is too vigorous, the other option is “Americana,” to trick fans who claim they don’t like country.) Kelis, whose first album came out more than a decade ago, just released Food, her first foray into pop-soul; last month in a similar vein, Aloe Blacc put out Lift Your Spirit, a continuation of his own efforts in this genre. Both releases show the dangers of this approach.

Back in 1999, Kelis arrived with a bang, releasing “Caught Out There,” a jolting, percussive tune “for all the women out there that been lied to by their men.” In the song, she describes her lover’s wrongdoings, capping the story off with an exclamation: “I hate you so much right now!” In the middle of the song’s music video, she leads an army of women in bathrobes toting signs like “stop the lies” and “freedom.” It’s an enticing, volatile tune with a healthy disregard for decorum.

But Kelis has struggled to maintain a presence in the fickle world of pop. A long partnership with Pharrell’s Neptunes resulted in “Milkshake,” her best-known song. After that, she worked with a grab bag of hot pop producers (Will.I.Am, Dr. Luke) but only found the charts once more, with “Bossy,” another audacious tune: “I'm the first girl to scream on a track…/I'm the bitch you love to hate/I'm the chick that's raised the stake.”

Food, her first release since 2010, is produced by Dave Sitek of TV on the Radio, and after years of going for modern sounds, Kelis is following the current trend of reaching back (see the explosion of vintage disco, or the indie bands like the War on Drugs interested in 1970s rock). Food uses an Afrobeat-inflected horn section, strings, and plenty of backing vocals. “Hooch” has the sort of punctual rhythm guitars, flickering break beats, and horns that the Brooklyn label Daptone (Sharon Jones) is known for; though this kind of environment is smooth and pleasant, it almost automatically stifles Kelis’ unpredictable side. It also prevents her from moving between rapping and singing, as she has done frequently and effectively in the past. It’s not the stuff of stakes-raising.

Kelis’ singing, though, is strong—tricky and finely-detailed enough that she can sometimes transcend her environment. “Floyd” has an excruciatingly slow beat, and she packs a lot of words in between drum cracks, working with quick rhyming couples as if she were rapping. “Seems like no one is surprising anymore/it’s not that I’m ungrateful, I’m just a little bored.” The chorus, “I want to be blown away,” hangs dreamily in the air. She’s as frank as ever; few singers could make boredom sound this compelling.

“Rumble,” a mid-tempo number revolving around a little piano motif, also shows Kelis’ ability to create her own space within any genre. “I'm just fine by myself,” she sings, “but I don't know who's gonna help you/I'm not no secretary, I'm nobody's maître d.” Beneath the anodyne sheen, she can still flash her old fire.

Unlike Kelis, Blacc is not turning to pop-soul to rejuvenate his career: he's been a 70s soul worshipper since his first album, 2006’s Shine Through—but he’s never had anything like Kelis’ fire. He’s trying to change that now, starting his new album Lift Your Spirit with a chant, “You can tell everybody, I’m the man.” (Ripping liberally from Elton John’s “Your Song.”) Presumably Blacc is flush after co-writing the inescapable Avicci hit “Wake Me Up”—which appears on this album in acoustic form—but that’s still a brash statement, and a hard one to back up.

The opening Elton John tribute signals the mode for the whole album, which provides many opportunities for train-spotting. “Love Is The Answer” steals its bass from Eric B. and Rakim’s “Paid In Full”—in turn stolen from ex-Temptation Dennis Edwards—and it’s sentiment from 1972. It would sound dated in most contexts, but also pales next to the feel-good hit of the moment, Pharrell’s “Happy.” “Can You Do This” is 50s swinging in the vein of Nick Waterhouse, while “The Hand Is Quicker” has bluesy stomp, but none of the sparks of Gary Clark Jr. or Black Joe Lewis. “Lift Your Spirit” bites the Jackson 5 and goes for uplift again—if you want gospel of this variety, listen to Tye Tribbett, whose flexible, muscular band and boundless spiritual enthusiasm makes Lift Your Spirit seem tame. Blacc is late to his own party.

“Here Today” sounds as if Avicii’s country-EDM mash-ups have been rubbing off on Blacc, which might lead to some interesting experiments. But this one gets bogged down in the same kind of rhetoric that presidents use to praise their foreign policy. “We’re here today, gone tomorrow/lead the way, never follow.” In “Ticking Bomb,” Blacc sings, “the whole world’s sitting on a ticking bomb/so keep your calm, carry on.” This is a funny line that’s sadly delivered without so much as a wink.

The line also hints at the dangers of the soul album, which for Blacc seems to function largely as a palliative, sweeping things under the rug in the name of keeping calm and lifting spirits. On these two albums, soul can sometimes act as a straitjacket, inhibiting rather than enabling. Prince once encountered a ticking bomb of his own, but he suggested a better course of action in such circumstances: “We're runnin' outta time/so tonight we gonna party like it's 1999.”