But I won’t be clambering aboard your bandwagon. 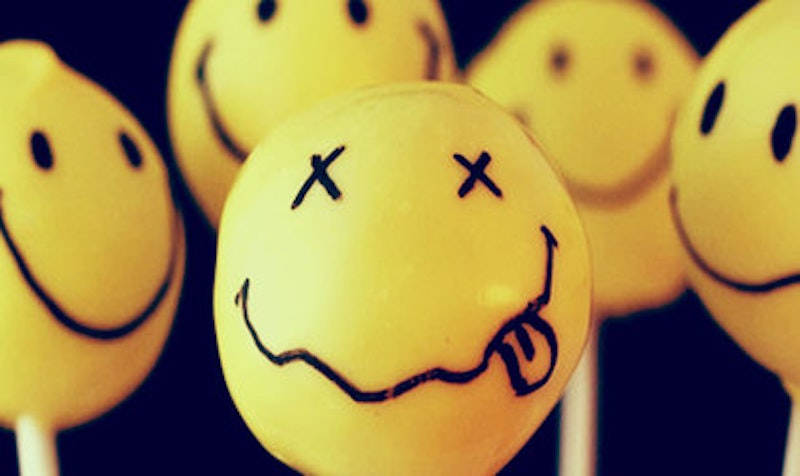 “It’s a peaceful, easy feeling…” Stephen Malkmus explained, fried, floundering, “but it’s like a peaceful, easy feeling… of money. I just see dollar signs.” This was Malkmus, some weeks back, guesting on the Bret Easton Ellis podcast and straining to succinctly convey his dislike of the Eagles to the host. In the end, the Jicks singer’s rhetorical struggles boiled down, essentially, to “limousine liberalism,” but it was certainly entertaining listening to him try to arrive there.

My recent personal Nirvana remembrance on this site, in which I disparaged fan favorite “All Apologies,” seemed to upset some readers. While I stand by the majority of my opinions, placing “All Apologies” in a class with Billy Joel’s “We Didn’t Start the Fire” was—from a melodic standpoint, anyway—cheap, lazy, and uncalled for. These are two of dozens of popular songs I can’t stand, but they’re hardly loathsome in an identical or genetic way.

I hate “We Didn’t Start the Fire” because it’s as though “The Million Dollar McDonald’s Song” and a 1989 issue of Newsweek decided to couple vigorously on my dining room table; it’s the worst kind of collage op-ed pop bullshit imaginable, and Joel should be forced to listen to it every afternoon, en route to his AA meeting. Joel has written a ton of amazing songs, but that one song is so ingratiating that it almost threatens to throw shade on everything else. I hate “All Apologies” because… well, I’m getting to that.

Instrumentally speaking, “All Apologies” might be the most confident, beautiful song Nirvana ever wrote, a sophisticated take on the band’s loud-quiet-loud aesthetic that, under less tragic circumstances, might have portended a magnificent career. If there had been some last-minute decision to leave the vocals off, I might not have such a visceral reaction to it.

I referenced Malkmus’ Eagles musings above for a reason. Songs like “Hotel California,” he explained, make him think of “cash-hungry hippies.” Well, “All Apologies” makes me think of morose Cobain memorials where weepy teens hoist candles aloft and clutch flowers and wave homemade posters featuring photographs of Cobain looking doomed and put upon. “All Apologies” makes me think of Nirvana Unplugged, and how uncomfortably masturbatory, in a corporate way, that album and MTV special both seemed. “All Apologies” puts me in mind of “St. Kurt” fan art—Cobain loitering on clouds, donning a halo, sprouting angel wings, etc.—which seems more ridiculous and wrongheaded as time passes.

When I was married—well, legally, I still am, but not for much longer—I found myself enduring anti-Nirvana harangues whenever the band came up in conversation or on the radio. “They were a bunch of drug addicts,” she’d spit, and most of the time I could locate, somewhere within me, the will to stand up for them. But “All Apologies” shattered all that, turning me momentarily into a hater and leaving me angrier than ever at Cobain for killing himself; not just because the act of doing so was a waste of life and potential, but because if he’d just hung in a little longer, given the world another try, “All Apologies” would not be—for all intents and purposes—“the last Nirvana song on the last Nirvana album,” and would therefore be less deified, less totemic, less “the Cobain lodestone” and more “another cryptic Cobain broadside.”

But “All Apologies” was it—“I Know You’re Right,” which I’m rather fond of, doesn’t count. “All Apologies” was it. And “All Apologies,” lyrically, comes across as confessional and on-the-nose in an unsettling way, as if the entire Nirvana audience were on a football team where Cobain is the quarterback, and Cobain’s calling us into a huddle—a huddle full of unwashed hair and torn jeans and cigarette smoke—to explain that, dig it, this is the last huddle ever, on some Jesus and the Apostles at the Last Supper shit.

It was like he knew he was checking out, and so, you know, forget metaphors and mystery, forget trying to be clever about the turmoil of marriage. “What else could I write, I don’t have the right—forget the future, any possible future. Dave Grohl once described “All Apologies” as “Kurt’s last will and testament,” which kinda says it, and helps explain why, to write this article, I had to force myself to listen to the song.