The Fey Terror of Botanist and Friends

Why can't hippie collectives preaching blood sacrifice to leafy gods be frightening too? 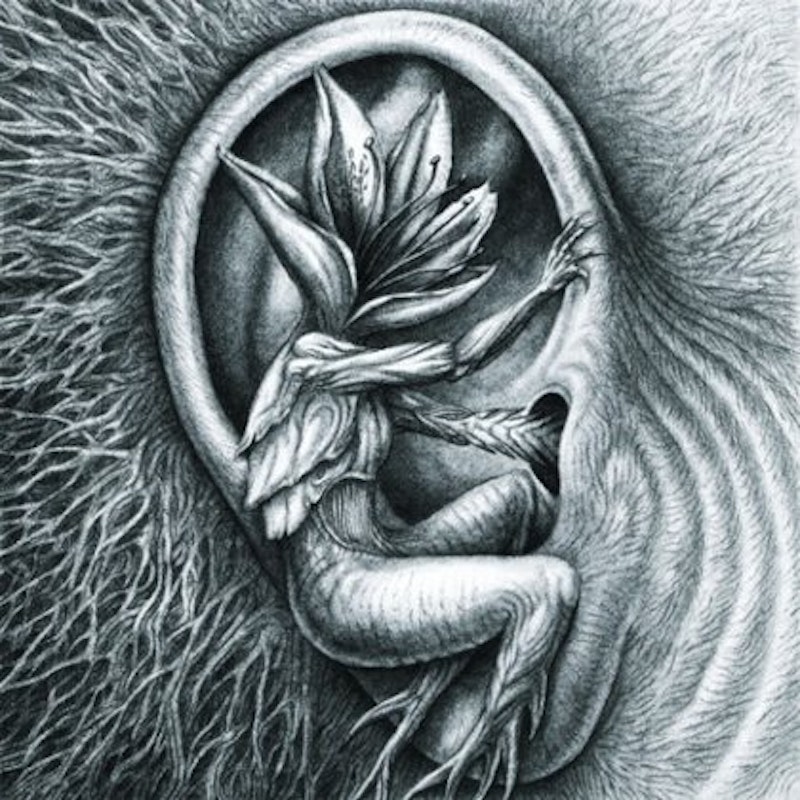 Metal bands like Slayer or Emperor like to think they're scary when they sing about Auschwitz or dismemberment or Satan coming for your soul. But nothing makes my bowels turn to water like listening to Donovan singing children's songs. His version of the old child ballad "Henry Martin" on 1971's HMS Donovan is a five-minute journey into rampaging faery psychosis.  The ostensible plot—a boy turns to piracy to stave off poverty, with the inevitable bloody consequences —is dour enough. But Donovan sings it with the cheerful trill of a hippie tripping through flowers… occasionally breaking into a quivering, fruity, atonal warble, as if his vocal chords have been hijacked by evil elves wielding tuning forks. The result is a kind of inhuman jubilant celebration of despair—"all the merry men drowned in the sea-ee-ee-ee." Monsters and demons are cheesy good fun; infants dancing atop their parents’ bloated corpses, though, are genuinely macabre.

I wouldn't be surprised if Otrebor, the man behind plant-worshipping black-metal project Botanist, was a fan of Donovan's. Whether or not, though, the track "Amanita Virosa" from his most recent album Botanist III: Doom in Bloom reminded me uncannily of "Henry Martin," with the droning hammered dulcimer of the opening neatly replacing Donovan's weird ai-yi-yi-yi-yis. As in Donovan's music, too, the inhuman, chiming drone serves as a fey celebration of human erasure. Amanita Virosa, also known as the "Destroying Angel" is a deadly poisonous mushroom, often mistaken for edible. Otrebor is definitely cheering it on when shrieks, "Destroying angel, Capped in red/Stipate fungoid/From its spores mankind it stalks."

Botanist's first double album, released last year, was composed of 40 short songs, suggesting a restless and ominous fecundity. His new release goes to the other extreme; the shortest track here is almost seven minutes, and the longest is twice that length. Stretched out, the songs downshift from black to doom; the plodding "Panax," in particular, unfolds with the slow, heavy inevitability of humans turning into fertilizer.

These are definitely murder ballads—and weirdly faithful ones at that. Botanist may not actually be covering "Henry Martin" or "Henry Lee," but in his own idiom he captures the blank, affectless distance of a Lloyd Chandler or Almeda Riddle—the sense that the performer is looking at the dead through alien eyes. For traditional performers like Chandler and Riddle, those eyes generally belong more or less to a distant, incomprehensible God. For Botanist, on the other hand, the eyes belong to fungi. Yet the perspective is oddly similar. That's especially the case when you compare it to, say, Nick Cave, whose gleefully perverse, lascivious take on the murder ballad is miles away from Botanist's dry anti-humanism. Folk-rape weirdos like Cave or Comus revel in atavistic Dionysian abandon—for them humans are feral red tongue and appetite. For Otrebor, though, we're not at one with nature because of the juices running down our cheek, but because we are the juices—not the eaters, but the eaten. "Vrisea" has a John Phillip Sousa tempo to its drums, but that's not an inspiring call to martial glory. Instead, it's a Taps-like dirge, the music circling back around on itself and stamping in place, with Otrebor whispering botanical Latin appellations like he's throwing orchids on a grave.

Given the anti-humanist death wish, the second disk in this package is somewhat startling. It's a collaborative venture called Allies, in which like-minded fellow travelers build their own plant-worshipping, flesh-loathing tracks on top of Otrebor's drums. The results vary widely, from Matrushka's  "The Ejaculate on the Petals of the Femme Orchid," which sounds like electronica in the woods with crickets; to the straight doom of Cult of Linnaeus' "The War of All Against All;" to Lotus Thief's tripped-out psychedelia on " Nymphaea Carulea." Probably the best track is the Arborist's amazing "Total Entarchy," which combines folk guitar and musical saw into a bleak cyclopean trudge— like Garrison Keillor being swallowed by Cthulhu.

Botanist is spreading the word: all the merry men drown not in the sea, but in the earth, and the grass grows through their eyes.