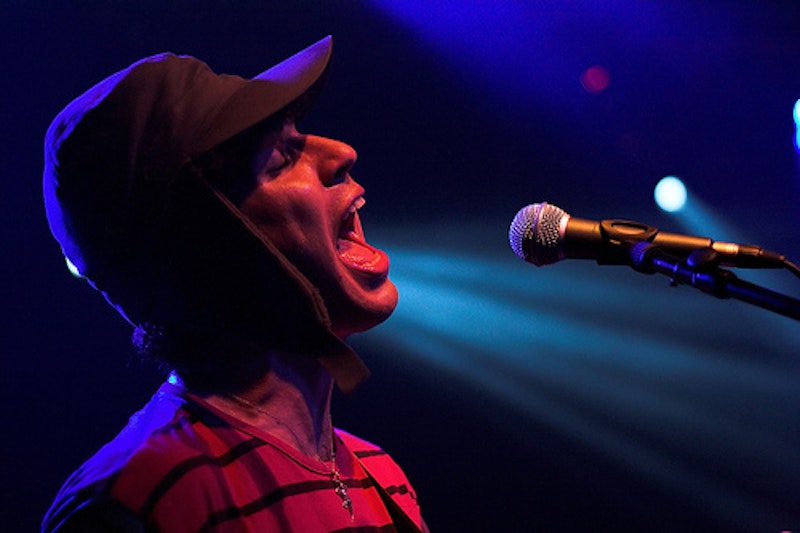 Here are two more discs that charmed and beguiled, but didn’t quite achieve personal immortality.

1. Avey Tare, Down There (Paw Tracks)

By now, everybody knows Down There is a divorce album, but it’s a divorce album that doesn’t telegraph its divorce-album-ness: to the uninformed and uninitiated, it’s just a suite of electronic zigzag zaps and downer tape-loop experiments that, miraculously, doesn’t leave the listener wanting to check out. It’s a soundtrack that meanders around one’s own cluttered consciousness, peeking beneath rocks and behind curtains and gazing fixedly at unspeakably bizarre things you might or might not be surprised to uncover, a travelogue to a personal “The Farmer’s Hotel,” so to speak (cf. the Silver Jews). I’m going to wander out on a limb and a) tag it the most introspective and affecting Animal Collective-associated fugue in a good half-decade or so and b) suggest that maybe Panda Bear’s not the only Animal with a post-millennial lucrative/critically-valid solo career ahead of him.

There’s nothing especially forward-thinking or tradition-shattering about Paid In Full. It basically compounds a million small-change regional rap mixtape and played-out national rap album clichés: run-on samples from gangster movies, cheeseball gimmicks (“Trap Phone” would have even 50 Cent rolling his eyes), gratuitous cornball ad-libs, retreads of hip-hop classics (“Boyz In Da Hood”) and overexposed new jawns (Drake’s “Over”, Rick Ross’ “B.M.F.”), abysmal production values, botched edits, hordes of marginally gifted homies and hangers-on with laughably improbable stage names, all convinced that they’re going to be the next Lloyd, T.I., or Nicki Minaj, punchlines along the lines of “time piece lookin’ like a Yellowstone grizzly,” whatever the fuck that means. Amusingly, D.Boi and his cohort are Baltimoreans who make a point of coming across like they’re living further below the Mason/Dixon.

So why am I so smitten with Paid In Full? Maybe it’s the studied, just-the-facts to boasts about unparalleled hustling prowess that’s probably total bullshit, the sheer, baldface nonchalance of it all; maybe it’s the sense that everybody involved here knows full well that there’s no future for them in the larger world of rap, but they’re going for it anyway; maybe I’m drawn to the fact that listening to this thing is like stumbling into some friend of a friend’s weeded out basement and getting the bum’s rush from an onslaught of stoned, hungry wannabes who aren’t certain what they’re hungry for, exactly. Waffles? An Interscope deal? A dime bag? A ride out to The Alameda? What?