Lessons from the Singles Poll. 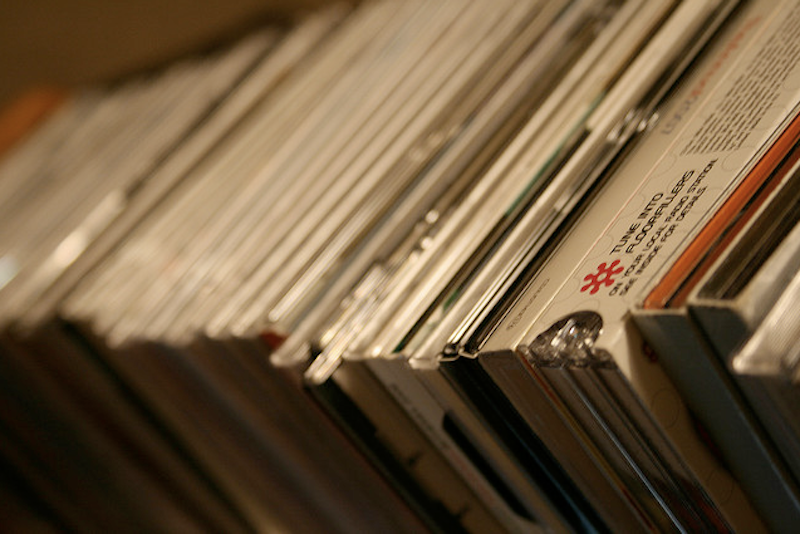 This week the Village Voice unveiled the results of the 2010 Pazz & Jop critics poll, in which over 700 professional music critics, including myself, voted on the best albums of the year. Since its inception in 1971, Pazz & Jop has been the best way to measure critical consensus about the year in music, and 2010 was unsurprisingly summed up by anointing Kanye West's My Beautiful Dark Twisted Fantasy the album of the year (although personally I think it's his worst album and could take it or leave it).

Pazz & Jop has also been running a second parallel poll for singles since 1979, and I've taken to following it with greater interest, simply because it's historically forced rock critics to acknowledge popular music. There have always been mainstream artists on the albums list—chart-topping West the best example—but it's more frequently a haven for low-selling artists, from indie rock and other critic-friendly niche genres. Even in his essay accompanying the '79 poll, former Voice chief music critic Robert Christgau bragged that he'd "spent years learning how and when to ignore the Hot 100," and noted that many critics were flummoxed or indifferent to the idea of a singles poll and merely voted for albums. But those that did fill out a ballot of Top 10 singles leaned unabashedly toward pop music; 24 of the top 25 singles were hits in the U.S. or the U.K., the sole exception being "Let It Blurt" by Lester Bangs, himself a renowned rock critic.

For the last three decades, the Pazz & Jop singles poll has been a fascinating way to track the pop zeitgeist through the lens of discriminating critics. The mix of pop and dance and hip-hop and R&B made for a refreshing counterpoint to the albums poll, where rock bands and singer-songwriters were the norm with only occasional interruptions. In 1982, when Elvis Costello was crowned albums king for the second time and Richard & Linda Thompson were runners-up, Grandmaster Flash’s “The Message” and Marvin Gaye’s “Sexual Healing” topped the singles list. In 1997, the album poll was dominated by old school and new school rock critic royalty Bob Dylan and Radiohead, but voters had no problem finding room in their hearts for Hanson's "MMMBop" and Chumbawumba's "Tubthumping." Music critics may be snobs, but the singles poll proved they were at least willing to acknowledge the mainstream. The poll's title originated as a spoonerism of "jazz and pop," and while jazz never got much love on the poll, pop was at least part of the discussion.

Today’s Pazz & Jop electorate has a much harder time engaging with the charts. The gradual slide of the singles poll citing the same kind of niche, indie or underground artists that have always dominated the albums poll didn’t begin to really manifest itself around 2007, when 20 of the top 25 were charting hits. Those numbers were similar in 2008, and took an even bigger dip in 2009 and held in 2010, with only 15 of the 25 appearing on any kind of singles charts. The poll was topped by Cee-Lo Green's "Fuck You," which was a bona fide top 10 radio hit in its cleaned up form as "Forget You." But the rest of the Top 10 is critic-friendly snoozeville: non-hits from artists who also did well on the albums poll such as The National, Big Boi, Robyn and Sleigh Bells, and no less than three singles from My Beautiful Dark Twisted Fantasy, which hasn’t produced any major pop hits on the level of previous Kanye West albums. To find a blockbuster pop smash on this year's Pazz & Jop poll, you have to go down to #14 for Katy Perry's perfect summer jam "Teenage Dream." Only four times in the past has the poll not featured a Hot 100 chart-topper in the Top 10, and "Teenage Dream" is the lowest to date, as well as the only #1 in the poll's Top 25. Compare that to 1992, when the Top 10 Pazz & Jop slots were all occupied by sizeable pop hits ranging from U2's "One" to House Of Pain's "Jump Around."

Granted, you may think that pop music is at a nadir right now, and critics are right to turn their backs on it. But many people surely felt the same way numerous times in the last 30 years, and the Pazz & Jop voters still managed to engage with the Hot 100 and separate the good from the bad. Now, the critics that vote for albums by indie rock bands like The National or Arcade Fire simply rubber stamp the same artists onto their singles ballot, whether or not they ever heard those songs anywhere but in the context of their parent albums. The critic of yesteryear may have spent enough time around radios or out at clubs to hear popular music not already in their record collection, but today's critic apparently keeps his iPod earbuds on all day, sticking to the closed circuit of pre-approved music they find out about from a small number of websites, if not solely Pitchfork.

When the Voice sent out e-mail ballots to critics a few weeks ago, they cheekily used Train's painfully unhip ukulele driven adult contemporary hit "Hey, Soul Sister" as an example song title in the voting instructions, and more recently a feature on the Voice website named it the worst song of 2010. It was also the most sold song on iTunes for the year, and I found myself alone among my critic friends in enjoying it. So seeing the song jokingly mentioned in that e-mail helped me make the decision to vote for the song in the singles poll, and three other critics helped the song land way down at #205 on the poll.