If a free live album can’t make this band’s noisy, kitchen-sink art-rock appreciably more interesting, what hope is there for them? 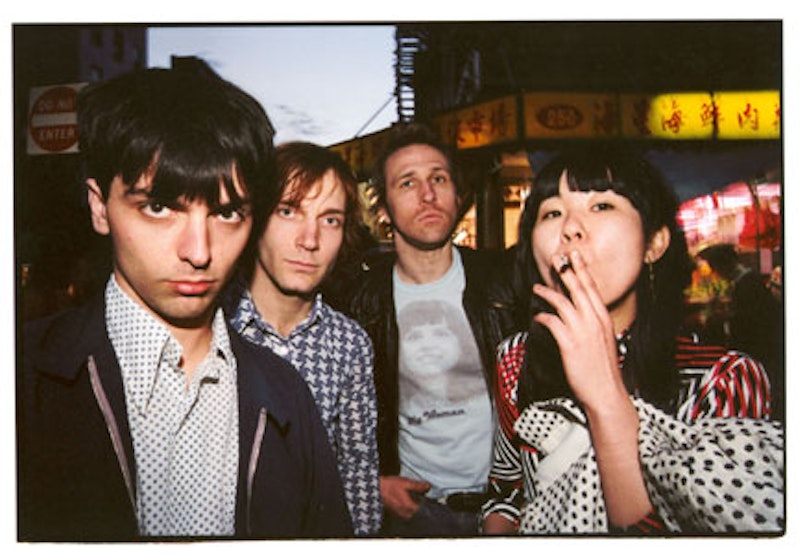 On one level, European lounge-poppers Stereolab and American art-rockers Deerhoof represent two sides of the same coin. Stereolab’s monotone Moog-based bop engenders affection when it really ought to project a cool aloofness; Deerhoof’s omnivorous rock palette cultivates distance when, for all intents and purposes, it should come across as all-inclusive. Post-Milk Man, Deerhoof albums are like inconsistent modern installation-art displays: much easier to admire on a purely intellectual level than to embrace on an instinctive one, with noisome sequencing rubbing salt into the emotional-remove wounds. (2007’s dynamite, cohesive Friend Opportunity—Deerhoof’s synthetic answer to Stereolab’s Dots & Loops—can be thought of as the exception that proves the rule. Odd that the foursome’s least organic disc doubles as its most coherent and flowing.)

There are few more frustrating feelings in life than desperately wanting to like or enjoy something or someone, but not quite being able to close the deal. I want to worship Deerhoof—the totality of Deerhoof, not just an album and a handful of early singles, but the band seems bound and determined to keep tormenting and eluding me. Its last couple of outings mix mad-libbed genre exercises—bossa nova, Italian movie music from the 70s, funk, punk, bewildered twee, power-pop, you name it—into matter so opaque, clinical, and antiseptic that they may as well not even exist at all, striving for winky catch-all grooves that bomb because the music’s so intolerably hyperactive the listener’s got no reason to care when the anti-climaxes arrive. And while this has long been their M.O., there was a time when they could sell this balancing act so deftly that the seams didn’t show.

It’s tempting to blame this inability to be memorable on studios and engineers, but if 99% Upset Feeling—a free live bootleg available on the Deerhoof site—is any indication, Deerhoof concerns are equally forgettable; a clutch of startling-at-first covers aside (one of them is the Ramones’ “Pinhead”), Feeling may be the least successful live album ever, an eye-rollingly faithful sleepwalk through unflattering catalogue fare that isn’t worth the space on anyone’s hard drive. In a recent interview with The Village Voice, drummer Greg Saunier admits that mid-wifing tunes is an arduous, difficult process, a description that applies equally to the experience of attempting to digest them.