The Band That Fell All Too Short

What happened to Islands? 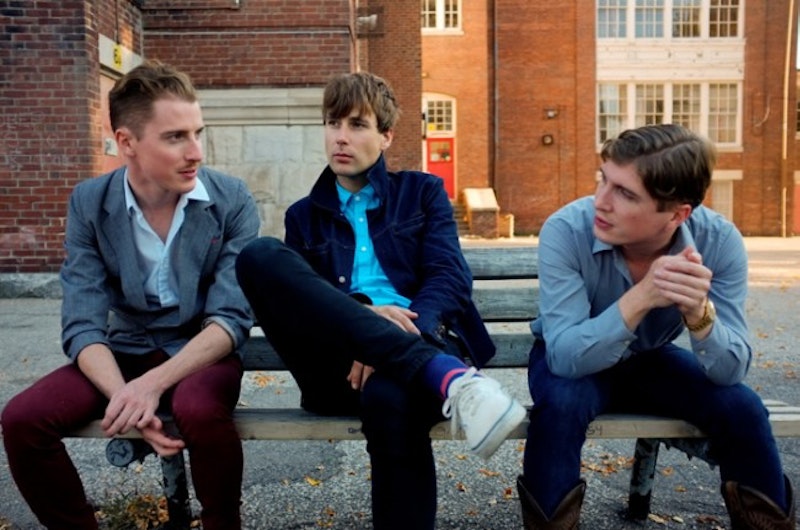 Islands have all but dropped off my radar, but their debut from 2006, Return to the Sea, still worms its way into my brain every six months or so. I’ll go through an Islands phase that’ll gradually wear off as I exhaust those 60 minutes of lush, well-rounded and weird pop songs like “Rough Gem” and “Humans.” I’m wary of exploring the follow-ups Arm’s Way and Vapours, but the band deserves its due. It’s hard sometimes not to be swayed out of listening to something by lukewarm reviews and a damp response, but Islands is a band that’s had it rough from the start: Nick Diamonds, the band’s Svengali, formed Islands out of the ashes of The Unicorns, who left a bigger legacy and impact with one great record (2003’s Who Will Cut Our Hair When We’re Gone?) than any of its former members have managed since their severely premature breakup in 2004.

Diamonds should be one of the defining songwriters of the 2000s. Instead, he toils in relative obscurity due to circumstance. The Unicorns broke up at the worst and probably most frustrating time: riding the success of their debut and a fawning press, they could’ve risen to great heights and played to thousands of people every night. Even if they only stuck around for another record or two, the momentum and recognition would’ve been enough to sustain any number of solo projects Diamonds, Jamie Thompson, and Alden Penner decided to pursue. The Unicorns would’ve been canonized and Diamonds would have the energy, attention, and excitement to make great records and have sway.

His melodies and the instruments he uses sound distinctly like the Boy Scouts. There’s a cute but mischievous character to a lot of the sounds he uses, Bart Simpson as music. “Tsuxiit” is practically a product demonstration for these sounds and the signature Islands timbre. Whether it’s a kazoo, pixie synth, simple piano arpeggio, or the upbeat and optimistic arrangements he creates, Diamonds’ world is bright and shiny. Clear water for miles. Even though a lot of the sounds are resplendent and carefree, longing for stability and the confusion wrought by The Unicorns’ breakup are primary lyrical themes. Diamonds knows the best songwriters take accessible sounds and song structures and use them to communicate universal things on a wide scale. It’s the difference between Pet Sounds and Paul Revere & the Raiders. Not enough people recognize and respect that discrepancy: at what point does the mediocre and vacuous pop record go from innocuous to harmful?

Diamonds and his bandmates were the victims of promotional calculus and bad circumstance: their rocket to recognition stopped short and they’ve all plateaued ever since. Even though Return to the Sea got slightly better reviews than the two that followed, there was no huge mistake or dud record. The momentum just slowed. They don’t deserve it, but it’s impossible to tell what all those variables, word of mouth, first impressions, time, short attention spans, respect, will spit out.