This summer is probably going to be absolutely awful; only The Black Keys can save us. 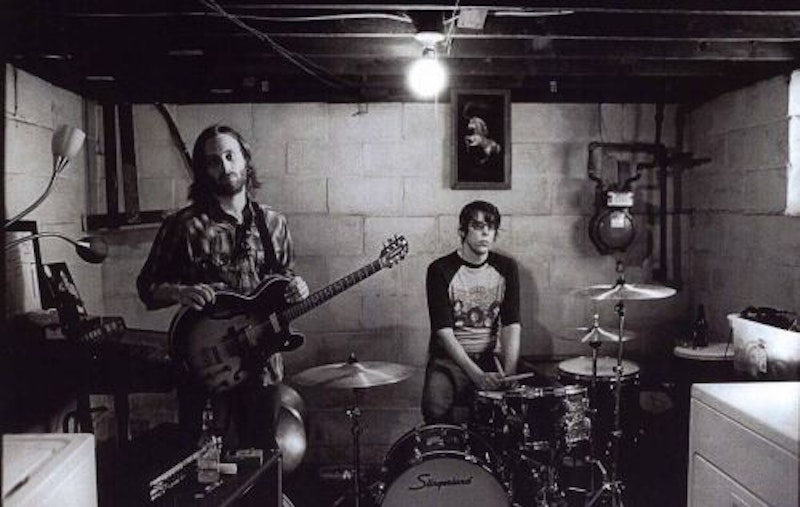 As of this writing it is 9:43 a.m. in Baltimore, and my Apple dashboard thermometer reads 72 degrees. Today is supposed to hit a high of 89, which is really 90—honestly, all weather predictions and calculations should just round to the nearest 5 or 0 as to make that much simpler the day’s small talk with the people at Dunkin’ Donuts or Arlen’s or whoever provides your daily coffee.

I hear we’re on track to have the hottest year in a long, long while. It’s going to get brutal, as it does pretty much every year, and the proud denizens of the DC-Baltimore corridor are quietly not thinking of the approaching humidity—fire blanket thickness, more akin to waterboarding than anything meteorological. This is not a complaint; as someone who sweats more than is socially conscionable I take to the crippling summer heat as if it were a Zen rock garden. I accept it as truth, and end up enjoying its relentlessness. Music helps, and that’s the topic at hand; I hope you can hear me above the roar of the fan pointed at my face. It just so happens that as the sun starts to shine on the earth for excessive amounts of time, The Black Keys are gearing up for the release of their sixth studio full-length, Brothers. We’ll get to that in a minute.

I’ve long contended that a near-perfect accompaniment for the summer, be it ours or anyone else’s, is The Black Keys’ cover of Junior Kimbrough’s “Meet Me In the City.”

This is from the band’s EP Chulahoma; a tribute to Kimbrough, the record is some of their finest work. Earlier albums The Big Come Up, Thickfreakness and Rubber Factory were rougher, raunchier in sound quality, full of that oh-so-in low-fi aesthetic. I fell for it pretty hard, and I still think Thickfreakness is one of the better blues revivalist records since its release in 2003. Dan Auerbach’s guitars were all thick fuzz (honestly, the album title nearly negates the need for any critical commentary) and part of a patient iteration of blues rock that still seemed to perspire in your headphones. “Hurt Like Mine” could give “Meet Me in the City” a run for its summer anthem money:

Chulahoma, though, marked the smoothing over of those rough edges, for better and for worse. The band’s subsequent studio albums, Magic Potion and Attack & Release, were disappointing in that there was an strong tension between their original low-fi aesthetic—not simply bad sound quality and mediocre drumming, but also musically—and the more mature sounds and compositions they were putting to tape. It wasn’t all lackluster: “I Got Mine” and “Remember When (Side A),” from Attack & Release, represented just how nasty and gentle The Black Keys can get—the former had this comment on its YouTube video; “im with u there guys ive been needin a new band in my life and theyve been there all along fuck me this is sleazy!!!fuckin great” (and I'd like to quote Lloyd H. Cargo when I say "youtube comments are like the nadir of humanity").

The latter, along with “You’re the One” off Magic Potion, is the sort of lullaby groove best exemplified with “Meet Me In the City,” a type we heard on Rubber Factory with “The Lengths”:

Attack & Release featured no less a luminary than Danger Mouse as its producer, and the result was a much more cohesive record than Magic Potion. The tracks are focused, whether it’s on near-power blues rock like “Remember When (Side B)” and “Strange Times” or the sort of down-home comfort of grooves like the opener “All You Ever Wanted” and “Remember When (Side A).” Auerbach’s subsequent solo record, Keep It Hid, was a wash of half-songs and half-riffs that never got comfortable in its own skin, aside from a little swamp boogie action and this track.

So, here we are: Brothers drops on May 18 and, ladies and gentlemen, we have ourselves a single:

Got to love the line, “Take my badge, my heart remains.”

The flitting whistles, multiple guitar tracks and overall high quality production are all part and parcel of The Black Keys’ refinement—again, this is not to take anything anyway from their earlier records or recent efforts, it’s simply a different approach. Drummer Patrick Carney is all pocket here, and the track moves effortlessly into the ballsy outro. I think it’s fair to put “Tighten Up” on the summer mixtape—the flanging guitar line at the end sounds a lot like the Kaiser-sized bumblebees outside the Splice office, but that’s just me. Danger Mouse produces one track on this record; the bulk of the board monitoring went to Tchad Black. Also, apparently they're going to cover this tune:

It’s my hope Brothers lives up not to just this single but to the impressive-if-meandering body of work that’s already behind the band. Maybe they never have to leave the basement with the washing machine and the grasshoppers—but they’ve obviously gotten used to inviting people like Danger Mouse and Tchad Black down for some blues and Bagel Bites. If Brothers can find a path through the clutter of low-fi blues revival and DJs in the production booth, then I look forward to finding a place for Brothers in my summer rock garden.