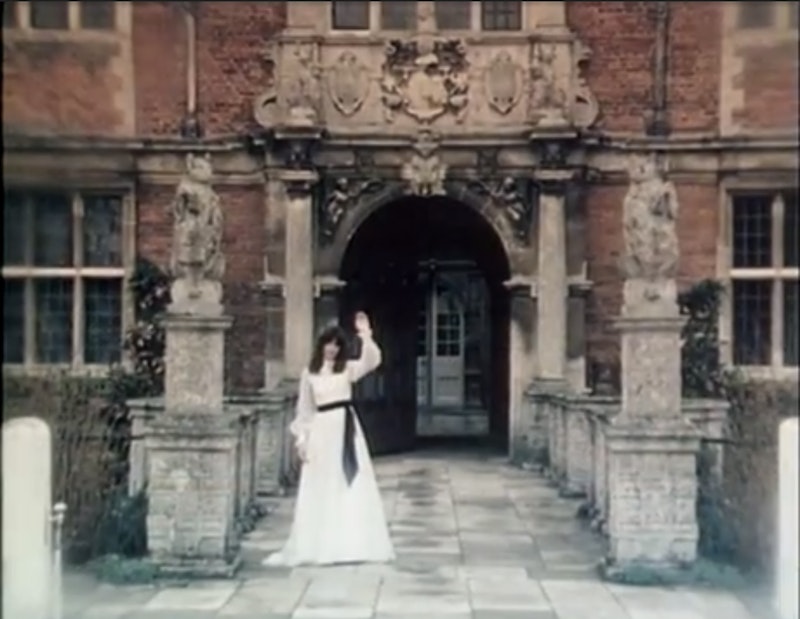 I’m not a music critic, so bear with me on this non-music review memory. There’s a song that’s always perplexed me; I have a strange fascination with it—a girl crush almost. You’ve probably never heard of it, or maybe you have if you’re a fan of the lesser known post-disco soft hit feminist one-hit-wonder anthems of the early-1980s genre.

It’s called “I’ve Never Been to Me” by Charlene (check out that YouTube link; she's wearing her original hippie wedding gown in the video). She recorded the song in 1976 in Australia where it was released in 1977, but it wasn’t until a comeback re-release in the US in 1982 when the song picked up traction, earning a Top 3 spot on Billboard here, while it went to #1 in many places overseas.

Please lady, please, lady
Don't just walk away
Cause I have this need to tell you
Why I'm all alone today
I can see so much of me
Still living in your eyes
Won't you share a part
Of a weary heart
That has lived a million lives

An altered-lyric male cover version was also released by The Temptations.

It’s a song about a woman’s lifetime choices, regrets and lessons/advice for another woman she’s encountered, aka a feminist “Cats in the Cradle” meets “My Way.” It’s the ultimate “grass is always greener” song. The later release of the song includes a dramatic spoken monologue in verse five:

Hey, you know what paradise is?
It's a lie
A fantasy we created about people and places
As we'd like them to be
But you know what truth is?
It's that little baby you're holding
And it's that man you fought with this morning
The same one you're going to make love with tonight
That's truth, that's love

It’s a mid-life crisis song with questions: What are the things she’s seen “that a woman ain’t supposed to see?” Who is the lady she’s singing to? Is this some random innocent stranger waiting in line at the grocery store or the library now hearing the details about Charlene’s past lovers, like the preacher she banged on the beach? Awkward. I remember being a 13-year-old girl hearing this song and thinking what about this part where she’s “been to crying for unborn children that might have made (her) complete?” I attribute initially not wanting to have kids to Charlene and her song confusingly glorifying childlessness even while “recommending” the truth and love of babies and marriage and arguing that we’d all end up eventually choosing. That’s a lot for an adolescent kid amidst a radio lineup that normally included the latest Madonna or Michael Jackson song. Charlene’s fantasy of yachts, kings, Greece and champagne sounded a lot sexier.

But the most controversial line in the song was: “I’ve spent my life exploring, the subtle whoring that costs too much to be free.” Say what?! The word "whoring" wasn’t included in my sixth-grade spelling bee word list study book compiled by the Gray Nuns of the Sacred Heart at Mother of Divine Providence School. We had to rely on the small-town library dictionary. And wow. “Subtle whoring” seemed like an oxymoron even to an eighth grader. You’re either in or you’re out on that, tough to go halfway, but I was intrigued—her lifestyle, while she seemed to be warning her innocent bystander (at the laundromat? Bank? Veterinarian lobby?) against it, still seemed pretty glamorous to me. There’s an old thread internet discussion in which an interesting but erroneous theory about the song being about Marilyn Monroe or a prostitute, myths are dispelled that the “unborn children” in the song are a reference to abortion and in which Charlene herself comments that the song was written about her.

I guess the song had the opposite effect on me. Charlene was making an effort to say “Go get married and have kids, don’t be like me and be rich and travel the world on yachts and sleep with kings and preachers on beaches” which is like putting a hallway of doors in front of a kid and saying you can open any except this one. Which one is the kid gonna wanna open? It’s “Do as I say, not as I do.” Honestly, why be sad about the unborn children whose college tuition bills you never had to pay when you have the memories of having been undressed by kings. But it’s not like you can grow up and major in “Subtle Whoring,” as much as it should be the name of a novel or rock band.