The Beach Boys' Party! is an overlooked gem in their vast and uneven discography. 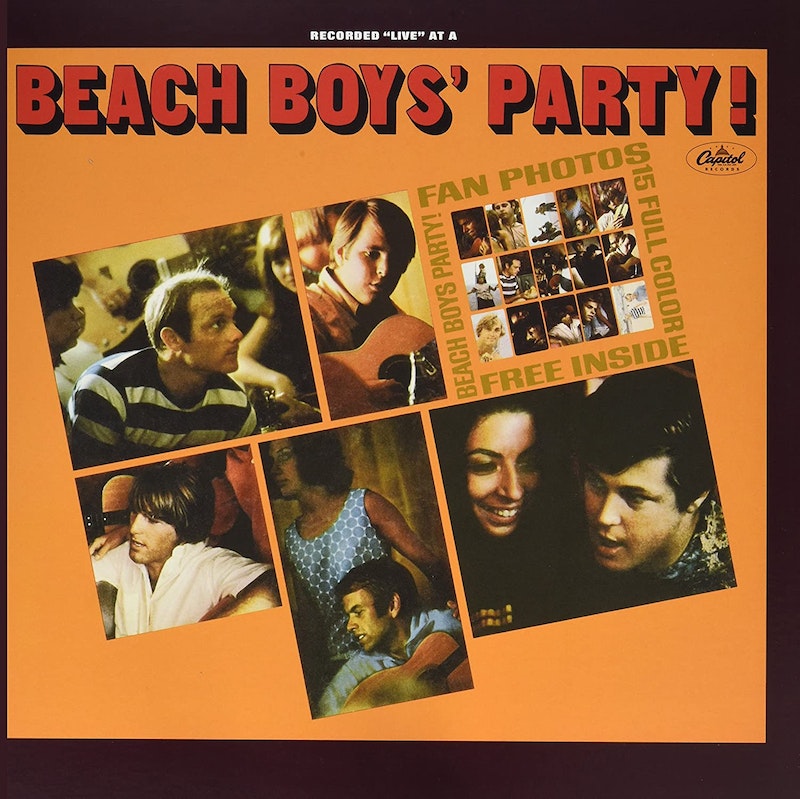 When I first heard Beach Boys’ Party! as a five-year-old, rifling through my parents’ records in the late-1980s, I wanted to be in that living room singing with them. I pictured a big fireplace, a shag rug, some dark wooden beams on the ceiling, and a leather sofa and some ottomans and chairs dragged in from the dining room and band members and friends and girlfriends and random people who showed up for a spontaneous jam session crowded around.

This group was fronted by a guy who could out-produce Phil Spector with one hand tied behind the surf board he didn’t even use. And they were actively gobbling up all music, high- and low-brow. Top 10 disposables and art with a capital A. Their harmonies turned all of it into something transcendent.

I liked Sgt. Pepper’s as a five-year old. “When I’m Sixty-Four” was my favorite. But I didn’t want to join Billy Shears, Mr. Kite or whatever the Beatles were singing about. I loved their early albums as a toddler and they lost me at this point. No doubt that was the point, to set a demarcation line between the teeny boppers and the “listeners.”

Those battles happened before I was born. I’m not a Boomer and don’t fetishize the 1960s. When this music finally did reach my ears I decided I’d rather hang out with Mike and Brian and Carl and “scratch it,” as they implored on “Barbara Ann.” I still don’t know if scratching was referring to the guitar or some washboard, but I know it’s more inviting and unpretentious than waiting for “A Day in The Life” to end.

The expanded edition of Party is even better, not because it’s twice as long and has more takes of the same songs, but because they drop some subtle drug references throughout their studio chatter, which makes the most clean-cut American band at the time more subversive than they were portrayed on acetate. It’s no wonder these versions were shelved until a more appropriate time.

Party! wasn’t just made for those times, but these times, too.