Wishing he was in Tijuana eating BBQ iguana, he can’t hear the DJ, what did he just say? 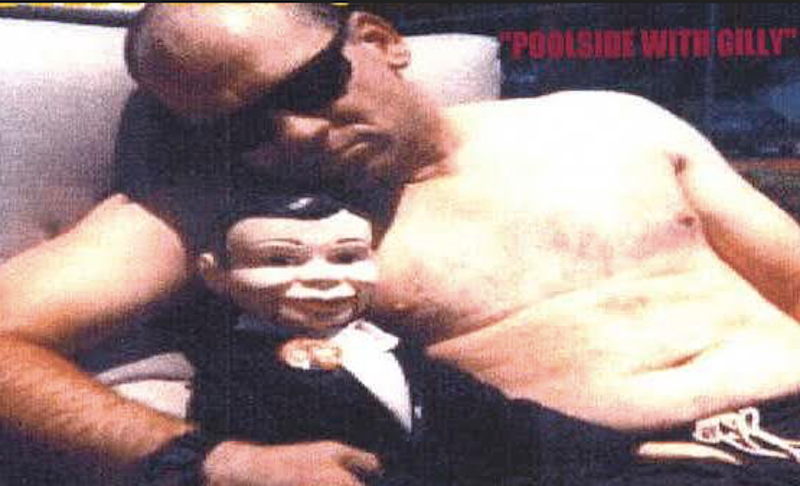 From out of the Wild West, rode a lounge lizard troubadour named, Stanard Q. Ridgway. From the town of Barstow, California, the guitar-slinging hombre, better known as Stan Ridgway. He left his mark in the early-1980s with the band Wall of Voodoo. Plus, a hit song titled “Mexican Radio.” A snappy tune, like a punch in the nose. It was different from the same tired rock ‘n’ roll formulas. Combining tape loop sample, sound effect snippets of radio deejays in Texas border towns. Slamming, relentless rhythms that echoed reverb, a driving insistent beat, and catchy lyrics about life in small, forgotten Western places.

Those locales with nothing but burning hot sun, sand, an abandoned gas station, and a ribbon of highway that cut through it, like a sutured scar across the gloomy deserted desert night. Wishing he was in Tijuana eating BBQ iguana, he can’t hear the DJ, what did he just say? From south of the border to the Hollywood Hills, Ridgway made his way into a world of alternative musical genres. From Vegas on a bad night to Reno. With the panache of a demented crooner, clutching a cocktail in one hand, a microphone and cigarette glued to the other. His ventriloquist dummy named after Swifty Lazar, the “literary” talent agent of L.A., and New York’s hottest properties in the entertainment industry. A touch of class in the tradition of old Hollywood’s homage to star-studded status symbols, rubbing elbows with undesirable, shady mob-type characters. Wheeling and dealing their way to the top, that Crystal Palace in the sky. After firing himself from Wall of Voodoo, the youthful heartthrobs of L.A.’s underground music scene, and a minor success on the billboard charts, Ridgeway embarked on a solo career. Along for the ride, his wife, Pietra Wexstun, on keyboards, they clocked in countless musical hours, touring through the decades, an odyssey, and oddity of the American songbook. The outsider world looking in, gone astray.

Ridgway’s song stylings, a crazy combo of pulp-fiction heroes, private detectives, hobos, loners, drifters, grifters, carnival barkers, lonely towns, where lost loves and desperate people cohabitate. Nightmare Alley on steroids and LSD. Even a tune about a brave Marine, named Camouflage, who died in a battle the night before, appeared as a phantom soldier the next day, saving a comrade’s life. It’s just corny enough to make a good spiel in keeping with the Vietnam jungle war saga. Anything’s possible in Ridgway’s world of forlorn salesmen, ex-cons, sad, sideshow figures of fanciful fantasylands, and big top circus and drunken spectacles.

Ridgway has moxie, with a vagabond spirit tangled in Americana roots. A particular bent on the desolate culture that gave way to the open roads, crossing vast wastelands. That pioneer ingenuity of getting by, buying time, telling stories of yesterday, beyond all tomorrows. Precise, like “The Overloads,” and “Beyond Tomorrow,” cryptic word-speak to unknowable futures, whether, somewhere in outer space, or right here, another foreign planet, closer to home, in a dystopian dreamscape of lost ideals, religious fervor, and the pompous patriotism of double dealing con men.

I love Ridgway’s lyrical wordplay and unique sound. I hate that he does it better than I could. I wore out the grooves of his records, the message and the meanings that initially changed my way of thinking. His superb music, and my dead-end career trying to become the storyteller. Early in his solo pursuits, Ridgway landed a soundtrack deal for the film Rumble Fish. Working with ex-Police drummer, Stewart Copeland, co-writing, and providing vocals, plus ethereal harmonica parts on “Don’t Box Me In,” sealed his musical fate. It’s ironic to note, Wall of Voodoo was originally conceived as a soundtrack company for low budget sci-fi and horror films, formed in 1977, under the name Acme, making the rounds in Hollywood, with Ridgway as the main impetus. The mastermind behind side projects like Drywall, Babylon Barbecue, Holiday in Dirt, Snakebite—Blacktop Ballads & Fugitive Songs, Anatomy, Neon Mirage, in no particular order. A good start for the bittersweet Ridgway. Look out for what’s behind the curtain.