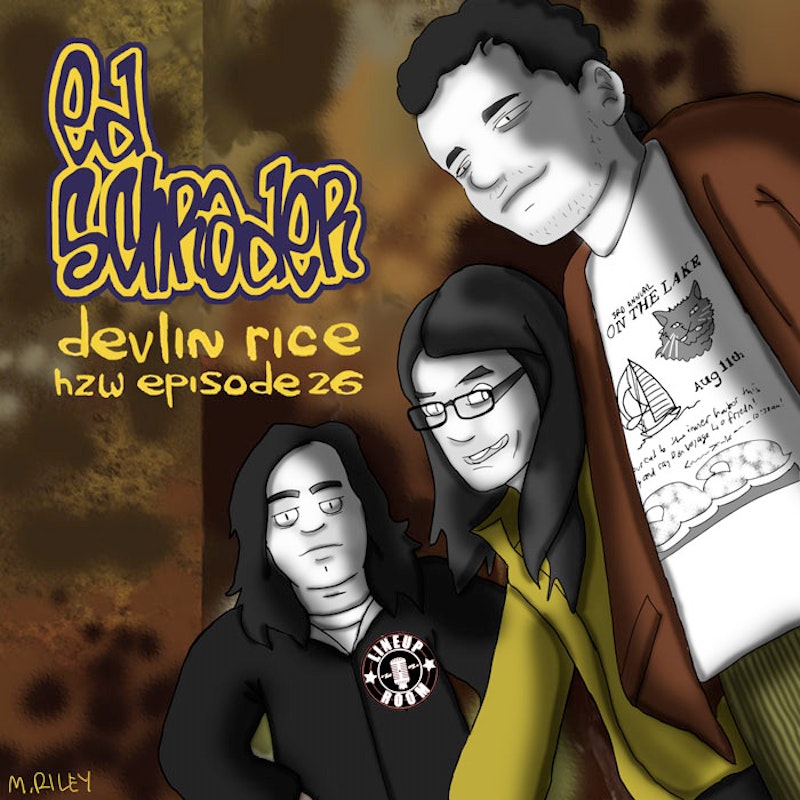 My guests this week are Ed Schrader and Devlin Rice, of Ed Schrader’s Music Beat. Ed first released a solo record in 2009, before linking up with Devlin to form ESMB the following year. They’ve released two albums together, and they’ve been touring non-stop for the last five years.

Ed talks about starting out in cover bands in a small town in upstate New York, and how he was encouraged to find his own sound upon moving to Baltimore. We talk about figuring out how to appeal to larger crowds as an opening act. We discuss the ups and downs of trying to make a go of it in the music business with no backup plan. It had been a while since I’ve hung out with them and I found their optimism and confidence in their mission to be inspiring.

This week, Mike Riley cooked up an homage to Souls of Mischief’s 93 'til Infinity. This interview was recorded at the Lineup Room.