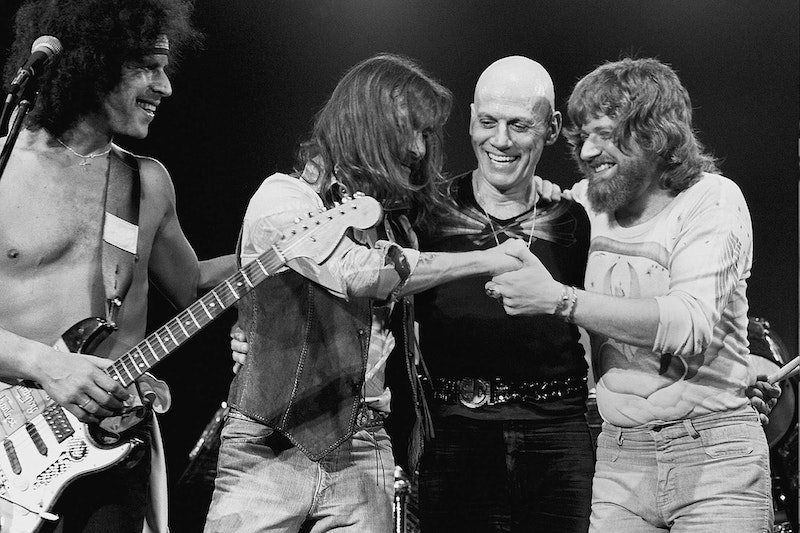 There aren’t many rock critics I read these days—long ago a staple of my periodical routine—and have passed that baton to younger men and women who are as exhilarated by pop music as I was up until, oh, 1994 or so. As a teenager, Crawdaddy’s Paul Williams was a favorite (I still browse through his superb Outlaw Blues; his contemporary essays on John Wesley Harding and the mystery of Smile still bear fruit), as were Greil Marcus, Richard Meltzer, Robert Shelton and Ellen Willis, and several writers from Rolling Stone and Boston’s Fusion whose names are now forgotten. I never cared for Robert Christgau, who, as I’ve mentioned before, through no fault of his own, ruined more budding reviewers than any other critic. Same for Lester Bangs, whose taste I didn’t align with, nor his teeth-grinding, three a.m. prose. My friend Crispin Sartwell, who writes for Splice Today, always had a good ear; likewise for Bill Wyman, Mick Farren, and Mike Doughty, before he went on to brief fame with Soul Coughing, a late-90s band that was so close to hitting the big time.

And there’s Jon Savage, 66, who wrote in the UK for The Face, New Statesman, Melody Maker and The Observer, but for present purposes, a fellow who’s curated a number of rock CD/vinyl collections, one of which was culled from his book 1966: The Year The Decade Exploded. I own a number of his CDs, and while such compilations are ubiquitous, his choices are carefully selected, most with 48 tracks, a real bargain.

1965: The Year The Sixties Ignited: As with all his CDs, Savage mixes up the instantly recognizable AM-radio hits with more peculiar choices. I’m not nuts over all the cuts, but he hits more than misses. A given from ’65 is Unit Four Plus Two’s “Concrete and Clay” (I can’t think of another song they charted); as is Wilson Pickett’s “In the Midnight Hour” and the Hollies’ almost-perfect (but just a notch below “Bus Stop”) “I’m Alive.” But his Dylan selection is “From a Buick Six,” rather than “Like A Rolling Stone”; the Kinks’ entry is “See My Friends” instead of “A Well Respected Man”; and Link Wray’s pretty lousy cover of “Girl From the North Country.” I don’t even remember the Shangri-Las’ “The Train From Kansas City” and The Barbarians’ “Are You a Boy or Are You a Girl” was a new one.

1966: The Year The Decade Exploded: The gimmes (though there are no “gimmes” in Savage’s mind) are James Brown’s “I Got You”; “Substitute” from The Who; Count Five’s “Psychotic Reaction” (overrated in my book); and the Lovin’ Spoonful’s still-glorious “Summer in the City” (beside that blockbuster and “Do You Believe in Magic,” as a kid I liked the idea of the Spoonful more than the songs… and that was before Zally went grass on his musician buds); and the Capitols’ “Cool Jerk.”

More obscure are “Walking My Cat Named Dog” by Norma Tanega; “Do You Come Here Often” from the Tornados; and The Roosters’ “One of These Days.” No Dylan, Byrds or Stones (in fact, the Stones don’t make the grade on any of Savage’s CDs) or Kinks, and his Velvet Underground selection is “I’ll Be Your Mirror.” The latter wasn’t released until ’67, but recorded in ’66, so Savage is playing by his own rules (which he does on several occasions), which is cricket by me.

1967: The Year Pop Divided: Unlike the previous two discs, here Savage starts off with the still-fresh “So You Want to Be a Rock ‘N’ Roll Star” from the Byrds (apparently one of his favorite bands). Also familiar are Aretha’s “Respect” and “Chain of Fools”; “Mr. Soul” from Buffalo Springfield, and the Young Rascals’ “Groovin’" (which I don’t need to hear again). You can keep Sonny & Cher’s “The Beat Goes On,” and “I See the Rain,” by the Marmalade. But it’s good to hear The Easybeats’ “The Music Goes Round My Head” (“Friday on My Mind,” of course, but don’t remember this one). Early Captain Beefheart is represented by “Yellow Brick Road,” and Joe Tex’s “Show Me” is a brilliant choice.

1968: The Year The World Burns: I remember feeling a touch abashed for humming along to Mason Williams’ instrumental “Classical Gas” (I would’ve snapped my fingers, but never got the hang of it) since it was a mainstream hit and later a staple of “soft-rock” stations. Fuck it, I like the song. “Fire,” by The Crazy World of Arthur Brown still flames (and was a better novelty hit than “They’re Coming to Take Me Away” from Napoleon XIV two years earlier). Buffalo Springfield’s “Everydays” is a great song, when Steve Stills still wrote great songs; and Big Brother’s “Piece of My Heart” has yet to sound dated (although I believe Janis Joplin was incredibly overrated; besides this song and “Ball and Chain,” and maybe “Cry Baby” what else did she do besides dying two weeks after Jimi Hendrix?) And you can never get enough Spirit—Savage includes the nearly-manic, and infectious, “I Got A Line on You”—one of the most underrated (and forgotten) 1960s bands.

1969-1971: Rock Dreams On 45: My least favorite of the collections; sort of thin, but it’s Savage’s show, not mine. No Allman Brothers or Flying Burrito Brothers (not that I lack for their material), and “Moonlight Mile” would’ve fit in. “Comin’ Home" (Delaney & Bonnie & Friends), is good to hear again, same for Mott the Hoople’s “Rock and Roll Queen,” and if VU’s “Sweet Jane” is a standard, Savage had to have some crowd-pleasers. I could do without Alice Cooper’s “Caught In a Dream” (in fact, any Alice Cooper at all); I hated the Kinks’ “King Kong”; but the CD does feature the Youngbloods’ “Darkness, Darkness,” that band’s only killer song (you can keep “Get Together”); and I never gave a hoot about The Guess Who, whose “American Woman” is on this set. Oh, one more gem: The Face’s “Flying.”