Rock With A Message

Brooklyn's My Pet Dragon land a song on Occupy This Album and ponder what it means to be a politically concious musician in 2012. 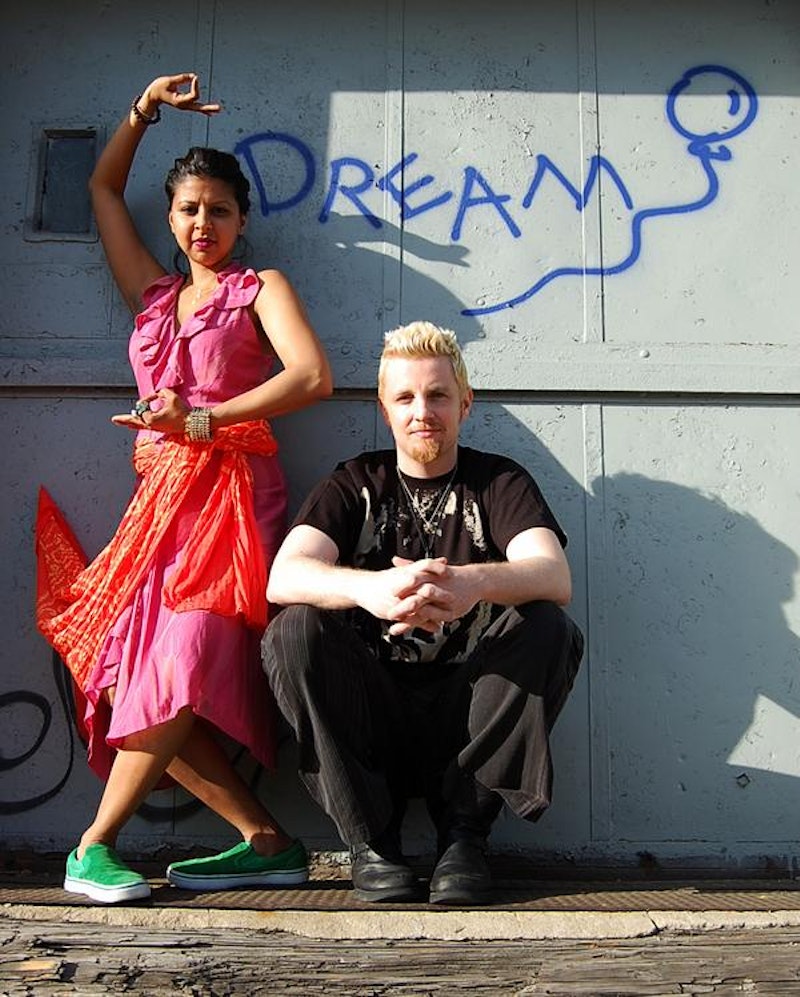 Most people forget about the imaginary friends they create for themselves. They tend to get left behind, wedged between old sports trophies and faded stuffed animals somewhere in the attic. Very few remember them when they reach high school. Even fewer can recall their names as adults. As far as I know, only one person has dedicated his life work to the invisible friend who got him through those sleepless childhood nights, a Brooklyn rocker who named his band after an invisible dragon he would battle each night when he was six years old.

Todd Michaelsen is the lead singer of My Pet Dragon, a rising Brooklyn band that has recently turned a corner by featuring a track on the compilation record Occupy This Album, sharing space with names such as Crosby and Nash, Jackson Browne, Yo La Tengo, Devo, Arlo Guthrie, and Third Eye Blind. The album was conceived as a response to the Occupy Wall Street movement, blending together a curious mix of new voices and aging rebels in support of the movement's ideals in an attempt to support it. All proceeds from the album will be donated to the movement, 50 percent to the OWS General fund and 50 percent to be distributed evenly to the fringe movements across the country.

Michaelsen became roped into the project through a promoter who had been following the band on Facebook and contacted Michaelsen to record a song for the album. Michaelsen, unlike other artists who agreed to contribute original material for the album, had a song in mind that fit perfectly, a single from the band's first album Mountains and Cities entitled "Love Anthem."

"It wasn't written for Occupy Wall Street like a lot of the other artists, they wrote songs for the compilation," said Michaelsen. "This song is actually about three years old and it was written because I saw a documentary called The Future is Unwritten on Joe Strummer from The Clash. He seemed to be about finding a commonality between people of different races and classes and countries."

While not a firm believer in the movement as a whole, Michaelsen agreed to participate in the project after witnessing years of suppressed protest as a resident of New York City.

"I don't believe a thousand percent in the protest, but I definitely think there are some major class issues to be addressed in the world," he said. On the breakup of Zuccotti Park, Michaelsen added, "They wouldn't let the media into a public space. You know, I understand they have this whole thing where they want the city to be functional and blah blah blah but all they're really doing is throwing gasoline on a fire and that's something that the powers that be don't understand about any kind of movement. This is not something that came out of the blue. People were marching during the Iraq War and it wasn't getting any press. And they're marching for the same thing. You have a very small percentage of extremely, extremely wealthy people who are making decisions for all the rest of the people who don't have money, who are paying taxes, and there's just a major divide right now in the world and everyone knows it."

Michaelsen follows a long line of musicians to use their guitars in the name of protest. The 60s and 70s saw folk- and rock-infused protest against the Vietnam War. In the 80s and 90s, hip-hop smacked the white man in the face with a blast of vengeful music that took racial inequality and the white-dominated corporate machine as its victims. Rebellion rock peaked with Rage Against the Machine and fizzled with Green Day's American Idiot, but in 2012, the flame seems to have all but died out. Aside from Kanye West's occasional half-hearted ego-fused political regurgitations, the face of pop music is dominated by glitter-laden superstars such as Justin Bieber and Lady Gaga, drowned in a sea of flashing lights and shiny costumes. Music has moved from the picket line to the club and it looks like the revolution's over.

Occupy This Album and similar efforts, such as those by TV on the Radio guitarist Kyp Malone, could signal a return to rock with a message.

"A lot of (musicians) have to give up the 9 to 5 and figure out a way to make money and do the art at the same time," said Michaelsen. "I think we're a little more compassionate to just being broke and not having anything. Maybe we're a little more open and aware with regards to what's going on around us and we see through all the bullshit. We know what we get through the television is not 100 percent of the truth. So I think good musicians read between the lines sometimes. That doesn't make it political music; that just makes it human music. Like Bob Dylan was asked 'Are your songs political?' and he always used to say 'No, my songs are for people and they're about people. It has nothing to do with politics.' It's not a right-wing thing, it's not a left-wing thing, it's just about the truth of what's happening right now."

Being included on such a renowned lineup marks a large step for Michaelsen and his band. After dropping out of college, Michaelsen moved to Brooklyn where he met his current drummer Rajiv Madella and began a short-lived experimental art-rock project to limited success. He soon met his backup singer (and soon-to-be wife) Reena Shah, an Indian actress and dancer, and their developing band began to pick up speed, eventually crossing paths with producer Steven George and signing with Gimme That Sound Productions.

After releasing their first album Mountains and Cities in August of 2011, the band seems to have hit its stride. "It's a good feeling because everyone's really into the music and everyone kind of fits. We all have very different styles of music but they all fit very well together."

While the album certainly speaks to the band's growing talent, their true character and passion is demonstrated through their live performances. I saw My Pet Dragon play at the Mercury Lounge on Manhattan’s Lower East Side this past summer and have rarely seen performers exude such personality onto the stage. Michaelsen moves about the stage and interacts with the audience like a true front man should, and brings charisma to each performance that infects both his bandmates and the crowd. His fan-favorite "Moonshine" is a nostalgic pop ballad that has all the makings of a crowd-pleaser and during the band's performance of this song, their energy seems to bleed into the crowd.

Perhaps the most unusual aspect of their shows is the support given by Michaelsen's wife and backup singer, Reena Shah. Shah, a classically-trained Indian dancer, performs traditional Indian dances throughout the band's shows, a seemingly incongruous feature that seems to fit seamlessly, blending upbeat rock with the elegant movements of a very different Eastern culture. "(Reena) was taught as a young girl this certain style called Bharata Natyam which is very classical and elegant, very strict and rigid, but at the same time a very beautiful form of dance," Michaelsen said. "She learned it actually in New Jersey. There was a famous dance teacher who lived in her town so she took lessons and that came out naturally when Reena would perform with me. She was playing percussion and stuff but then she wanted to move around and express herself so it's just how she chooses to feel the music. It's great: I don't want to be your average indie band where everyone looks the part. I'd rather us just be ourselves." Michaelsen and My Pet Dragon are currently working on their sophomore album, which is set to release this summer.

"This is probably the most excited I've ever been for music because now I have this great band, we're well-rehearsed and we know each other's strengths and weaknesses," said Michaelsen. "So now when I write a song, I'm writing for the band, I'm writing for the strengths that we have going on with the band. We have a great rhythm section. Raj on the drums and Mario Padron on bass, so I can really push those guys to be the heart of the sound and that will allow me to sing and do my thing. It's totally more dance direction but not that Brooklyn dance thing, not that dirty rock sound, more like a psychedelic, pop, Beatles dance thing."

At the close of my time with Todd, I asked about the curious choice for the name of his band. Laughing, Michaelsen said, "It was sort of a childhood friend I had, an imaginary friend. When I was really little, like five or six years old I couldn't really sleep at night. I would line up all my G.I. Joes and He-Men and animals on my bed and we would have a full army take on this imaginary creature that would appear every night and we would fight this thing to the death. So that was my pet dragon, even though it was bloody and violent, it was still like my best friend, you know? The mind of a child."