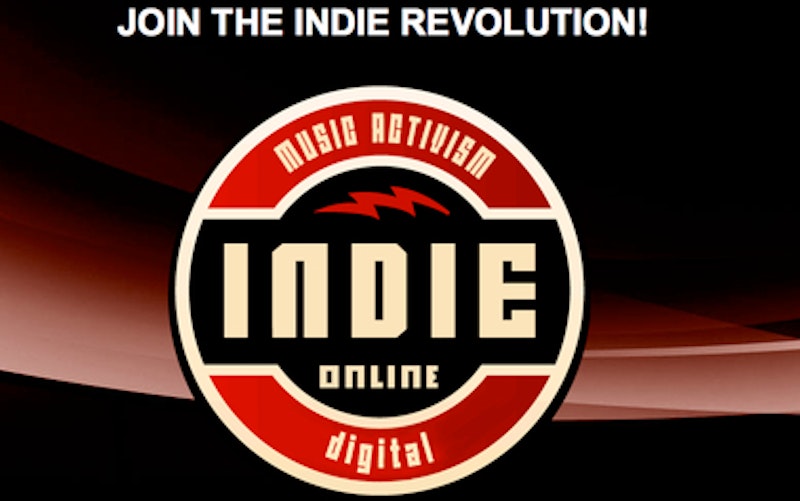 A college friend of mine was delayed and detoured to Los Angeles on her way to a month-long stay in Thailand, so my roommate and I show her the town, grab drinks, etc. The following morning we drove back to Hollywood from LAX, and because of an impulsive breakfast detour to Pann's, the two of us happen to be in the car to hear the death rattle of one of the great radio stations in the country, Indie 103.1 FM.

Driving through the lazy oil wells on the alternate 405, we had no idea that that  “Hells Bells” or that  “Let Down” would be the last of either we would hear at 103.1 Hz; that the radio station would switch over to a format called “El Gato,” the new home for regional Mexican rhythms. Ay carumba.

We still were holding to a comfortable degree of doubt when the DJs signed off with Sinatra's "My Way," a song that has built its own tradition around angry goodbyes. We even discussed the relative quality of Sinatra's voice, casually oblivious.

No, it wasn't until the droning public service announcer that followed that it sunk in—no more Jonesy's Jukebox, no more Henry Rollins, no more alternative to the alternative. It was official, effective immediately: The station was off the air.

To be completely fair, 103.1 wasn't even that earth-shattering. Sure, Rolling Stone awarded them the best radio station in the United States, but that's a dubious honor at best.

In its last days, in a desperate attempt to widen their minuscule listener base, Indie 103.1 tried drifting a bit more towards the center of the dial. I remember feeling a sharp confusion when realizing that, yes, Pearl Jam's “Betterman” was beamed into my car from, yes, the “indie rock” station. And when Indie 103.1 did play indie music, they made the classic radio mistake of overplaying it—there are only so many times you can hear MGMT's “Kids” before beginning to hate both MGMT and also kids. Predictably, the loyal listener base tuned off the radio and turned on their iPods and Indie 103.1's numbers dwindled even further.

No, it wasn't perfect. But Indie 103.1 was ours. They played The Walkmen. They played The Replacements. Once, I even heard them play “Straight to Hell” by The Clash, in defiance of the ubiquitous and insufferable “Paper Planes,” which flew M.I.A. to medium stardom on the force of Mick Jones' guitar and Topper Headon's percussion.

Indie 103.1 played a different Clash song on their final day, in between the closing announcement that looped endlessly. They played “The Guns of Brixton,” whose lyrics were as defiant in early 2009 as they were 30 years earlier:

When they kick out your front door
How you gonna come?
With your hands on your head
Or on the trigger of your gun