Was Duran Duran more important than the Clash? 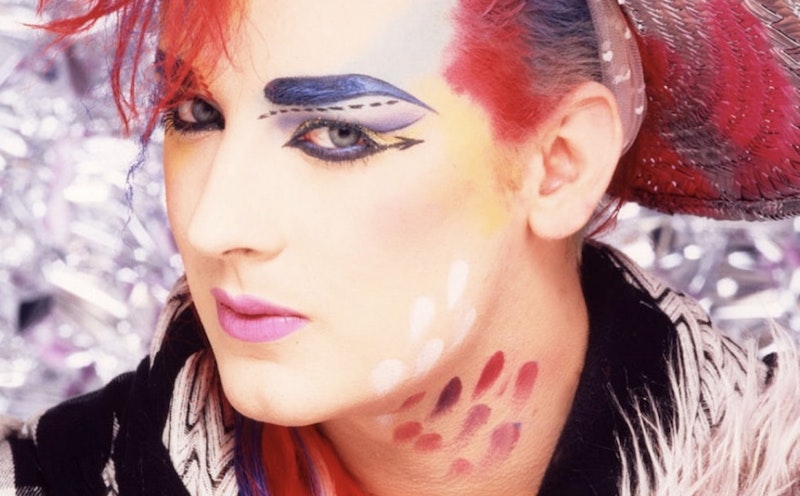 Most of the revolutionary moments in pop music history for the last century are well known. Louis Armstrong changed jazz and popular singing in the 1920. Elvis eroticized the youth of the 1950s. In February 1964, the Beatles exploded on The Ed Sullivan show and music was never the same. And there was the punk explosion in the 1970s.

There’s one other such revolutionary moment that doesn’t get enough credit. It happened in 1983, when the duo Eurythmics released their album Sweet Dreams (Are Made of This). With its looping, sexy synthesizer pulse, the title track seemed to come from the future. This wasn’t the Stones, Elvis Costello, Zeppelin or any other blues, psychedelic rock or punk bands that the kids in the 1960s and 70s had listened to. The music of the Eurythmics was clean, soulful and strange—as was the shocking appearance of singer Annie Lennox. Dressed in a neat black suit and tie and with a long, open face and orange crew cut, Lenox looked like an androgynous alien. There was a David Bowie influence in her painted look, even if the music found its inspiration with the electronic German band Kraftwerk.

Eurythmics were New Romantics, part of a wave of early-1980s British music, fashion, and journalism that that would include magazines like i-D and The Face, fashion designers, and bands: Visage, Spandau Ballet, Grace Jones, Duran Duran, Culture Club, Gary Numan, Classix Nouveaux, Yazoo, Adam Ant, Utravox, and Soft Cell, to name a few. The synthesizer, which had become affordable, was everywhere. The New Romantics came out of the art schools, particularly Central St. Martins in London, and the musicians were on the new music channel MTV, which made them stars both in England and then America.

For some of us who were teens in the states in the early-1980s, “Sweet Dreams” was a Beatles-on-Ed-Sullivan moment. I was just out of high school in the summer of 1983, and recall walking into a buddy’s house to go swimming when he frantically waved me over to the TV, which was on MTV and “Sweet Dreams” was playing.“Check this dude out!” he cried. It was like someone had arrived from Mars.

The music and culture of the New Romantics is the subject of Sweet Dreams: the Story of the New Romantics, the history by Dylan Jones, the editor of British GQ. It’s a comprehensive (over 600 pages) and entertaining oral history about the British music and art movement that ran from 1975-1985. According to Jones, “What happened between 1975 and 1985—in terms of music, style, design and pop-cultural perspective—would have a lasting effect, and these ten years would be remembered for everything from gender-bending synth duos and the emancipation of gay pop to the globalization of the entertainment industry, a publishing and design revolution, and widespread social upheaval.”

Sensing that punk was played out, in the late-1970s a group of British art-school kids congregated in a London club called the Blitz. The host and promoter was a young man named Steve Strange, the DJ his friend Rusty Egan. The door policy was, as the BBC noted, “outrage guaranteed entry.” Alexis Petridis of The Guardian described them as “a crowd of art students, ex-punks and Bowie obsessives, caked in makeup and dressed as Elizabethans, Hollywood vamps, pirates, priests and all points in between.”

These weren’t punks or hippies. These kids loved Roxy Music, Bowie, Brian Eno, Giorgio Moroder, Kraftwerk and American soul, as well as the films of Stanley Kubrick and the fiction of William S. Burroughs and J.G. Ballard. Bowie and Bryan Ferry didn’t dress in denim like the other rock stars, preferring electronic music and colorful and stylish clothes. In one famous 1979 episode, Mick Jagger (too bland) got turned away by Strange from the Blitz.

New Romantics understood postmodernism’s ransacking of past art movements, but also looked to the future. As Jones notes, “Kraftwerk’s 1975 appearance on the BBC’s Tomorrow’s Worldwas, in its way, as important as Elvis on Ed Sullivan or the Sex Pistols on Bill Grundy.” Jones elaborated further in a recent interview: “There was certainly a future-facing element to that period. In the post-punk world you had a lot of people who were looking at the past but in a postmodern way, [but] you also had people who were deliberately looking to the future, driven by electronica. If Kraftwerk are your Year Zero, then the world you’re going to build is one driven by Futurism.”

Fashion was a huge part of the new Romantics—to the point where, as Jones argues, convincingly, that it detracted from the best of the music, which can hold its own today against any era.

Jones is a wonderful writer, and his descriptions of the scene at the Blitz—the “divine decadence”—are brilliant: “This very poor jet set included the dancer Michael Clark, future global superstar Sade, and more St. Martin’s students than you could quite believe… The dance floor was full of an intoxicating random mix of people: DIY futurists, make-believe nuns… rich boys trying to look poor and poor girls trying to look rich… There was a girl over there with cascading copper-red hair, dressed up to look like Rita Hayworth—if its Hayworth had been wearing a silver spray-on cocktail dress and S & M stilettos, that is. Indeed, some of the girls were in such tight dresses they looked like egg timers. One had such defined cheekbones they appeared to be almost swollen.”

A teenager named George O’Dowd ran the club’s coat-check. He would become Boy George of Culture Club, appearing on the cover of Rolling Stone in 1983. Also among the clubbers was Michele Clapton, a costume designer who’d go on to win an Emmy for Game of Thrones, and Cerith Win Evans, an artist who’d win a Hepworth Prize prize for sculpture.

The crest of the New Romantic wave came at Live Aid in 1985. Like all scenes, it broke apart. People got older, and went their separate ways. Some, like Sade, achieved international fame, others had families, and Steve Strange suffered a nervous breakdown before dying in 2015.

Jones makes an airtight case in Sweet Dreams that the New Romantics deserve more respect. Part of that is subjective. The New Romantics hit America when I was in high school and college, and I am suffused with the ardor of nostalgia thinking back on these artists and how much they were the soundtrack to my young life. Sade’s voice brings me to the girl I fell in love with in the summer of 1984. “Love Comes Quickly” by the Pet Shop Boys makes me taste salt in the air from the beach house I was in when I first heard it as a college kid and was floored. Bryan Ferry brings back a late night walk I took through Georgetown to meet a fellow aspiring writer.

Nostalgia. Still, over the years these records have stayed in my collection right next to the Beatles and the Stones, U2, Zeppelin, Public Image and Philip Glass. The haircuts were ridiculous, but the talent was real. It’s 2020 and the Eurythmics still sound like they’re from the future.