Bobby J. and the Generations were among the best punk bands in the world, before "punk" meant anything other than a rebellious outsider. 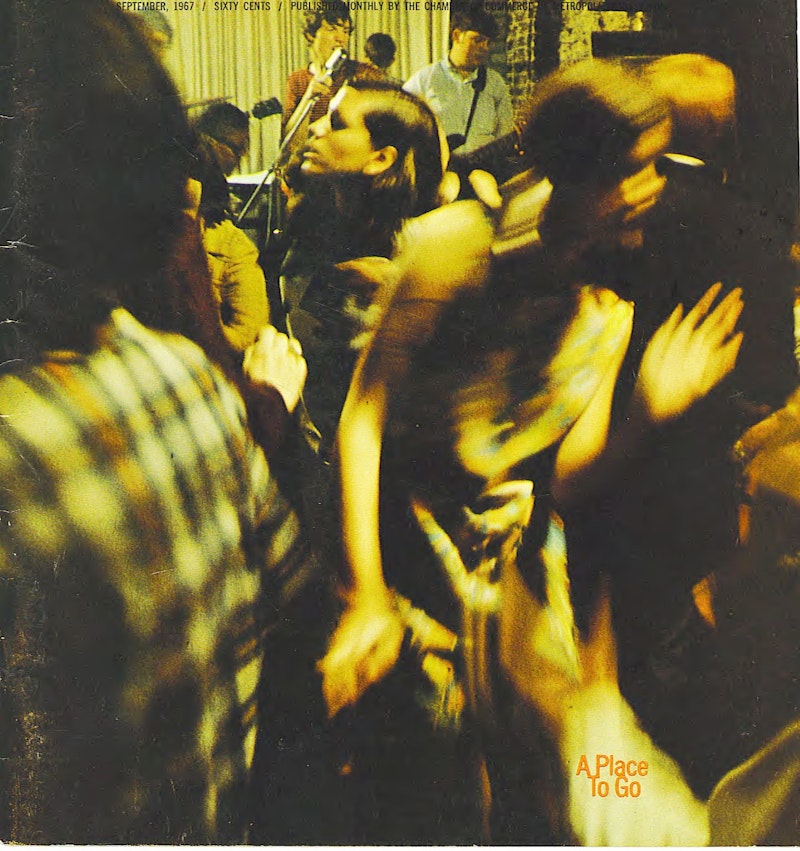 All of the best punk records came out prior to the late-1970s. Back then there was no stereotype of the genre or its fan base. Contemporary definitions of “underground” counter culture were nascent. The word “punk” wasn’t used to describe any type of music or rebellious credibility. When an artist from the Vietnam era wrote a tune about being pissed off they just went for it impulsively, never thinking about how that was “supposed” to be done. It was a spontaneous outburst of rage, an angry yet vulnerable expression that often contained extremely personal sentiments. As its main influences included British Invasion pop, folk rock, American R &B and blues, twangy instrumentals, and rockabilly, songwriting was a huge part of early punk’s DNA. This created an intense paradox of chaotic noise and melodic structure that’s rarely been heard since the mid-70s.

If you need proof, consider this: spikey hair, leather jackets, and anarchy symbols were nowhere to be found in Parkville, Md. circa 1966. That was the Baltimore suburb where legendary teen rock combo Bobby J. And The Generations wrote “Lost In Time,” one of the fieriest, unhinged punk rippers ever recorded.

While Dwight Eisenhower was still in the White House, Bobby J. Davis began shredding out chords on a third-hand guitar under the influence of The Ventures, Duane Eddy, and noise rock godfather Link Wray. As formative as these inspirations were, it was The Beatles’ “I Want to Hold Your Hand” that would change his life forever. The British rock formula seemed foolproof: learn how to play guitar, grow your hair over your eyebrows, start a band, play some gigs, dive into a sea of love-starved groupies, get rich, and live happily ever after. Soon enough, the young axe slinger (known then and today by the nickname “Bobby J.”) brought some local teens together in 1965 to form his first combo Dave And The Twilights. This group was short-lived and broke up when half the band quit after several months, leaving Bobby J. and family friend/bandmate Tony Montone to pick up the pieces.

A new quartet came together featuring Bobby’s cousin/Parkville High classmate Alan Klein on drums, bassist Don Rogers (another local teen rocker, a student at Towson’s Calvert Hall School), and Montone on rhythm guitar and Vox organ. With Davis on lead vocals and lead guitar, the group christened themselves Bobby J. and The Generations. They quickly became a top name in Baltimore’s teen rock scene. Alan Klein and Bobby J. dropped out of high school to focus fulltime on the band that by late ‘65 were rehearsing every night whenever they weren’t playing a gig. Their repertoire included British Invasion material plus early rock ’n’ roll standards like Wilbert Harrison’s “Kansas City” and Barrett Strong’s “Money.” Bobby’s mother Marie Davis took on the role of band manager, keeping her son’s group on the go with a steady stream of lucrative gigs at The Parkville Armory (where Don Rogers’ dad worked as a janitor), local teen centers, high school & C.Y.O. dances, and Baltimore City’s top teenage night club The Bluesette.

The group also made trips out of town to play at Maryland army bases, including countless gigs in Harford County near Aberdeen Proving Grounds. Even though the soldiers and their girlfriends loved cutting a rug to the group’s wild sounds, the harsh Vietnam realities were never too far away. Resplendent with long hair and day-glo band uniforms, inevitably The Generations had to confront violence and prejudice. Bobby J. recalled one especially harrowing incident that caused his tough truck-driving father John to take quick action in defense of the boys as they tried to make a pit stop at an all night café shortly after an Aberdeen concert: “My father was like (The Generations’) body guard… he saved us a couple times… We were in a restaurant after a gig at about two o’clock in the morning and a bunch of guys older than us—bigger guys—said, ’Let’s go get these hippies and throw ’em outta here’, and my father had just walked in the door. And he said, ’Oh yeah! One of them hippies is my son!’ Bodies started flyin’! They got into a fight… (my dad) threw a guy through a window.” Police broke up the scuffle before Big John could grind the knuckleheads to a pulp.

The Generations’ live sets exploded with outlandish mod fashion, brutal volume, and vigor. Their trebly Vox and Sears Silvertone amplifiers were cranked to the stratosphere, but these cacophonous machines became a blur once the group launched into its stage act. Here one found pulse-pounding theatrics: Bobby J. playing guitar solos with his teeth; synchronized guitar twirling that predicted ZZ Top’s antics by more than a decade; Bobby J. leaping into the air, chopping into Alan Klein’s cymbals with his guitar neck, falling to his knees overcome with hormones, adrenaline, and whatever else could drive an otherwise mild-mannered kid to sanity’s edge.