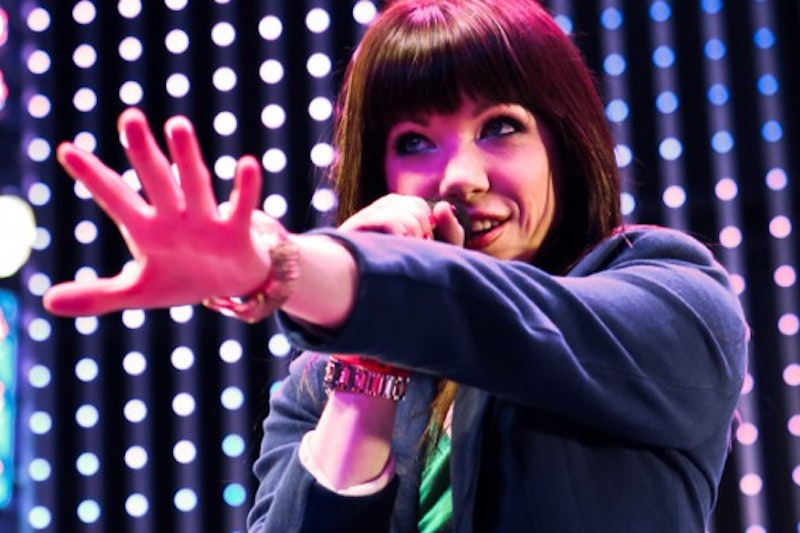 Every now and again, out at a restaurant, you'll spot some kid dining with his family while ensconced in an oversized pair of headphones, quietly mouthing along to a song whose words only he is privy to. Like most people, I usually see this as a fairly selfish attitude and reflexively curse the parents for allowing it to manifest itself so nakedly. But on a recent trip to Applebee's, I had to concede that there was something to this semi-cloistered approach to life, mostly because Flo Rida and Miley Cyrus assaulted me while I picked distractedly at pathetic appetizers and slowly devoured a hamburger involving blue cheese and wished I were anywhere else.

Modern pop music has made me feel old since I was 21 or 22; today, it's doubly torturous, this sort of force-feeding of exaggerated jubilation that might make sense in roller rinks or booming, mutilated, from an indoor mall's PA system. In these settings, modern pop is winning, victorious, celebratory, Hawaiian Punch filling life's Solo cup to the brim. But in a bar or a family chain restaurant, modern pop is youth laughing mindlessly at your inability to understand it, to appreciate it, to savor it.

Modern pop is Flo Rida exploiting the classics he grew up on, Miley sticking out her tongue like a demented Puck-ette in a horror show, encountering "Call Me Maybe" yet again, by chance, and wanting to kill yourself—it is for me, anyway, as my son danced in to his seat to these songs and everyone else absently bobbed their heads. I tried and failed to forget this beastly music was happening to me, as thin and inconsequential as the raspberry lemonade that I welcomed a refill of when the waitress offered it to me. Carly Rae Jepsen gave way to Ellie Goulding, and we started talking to one another, and gradually, my fists unclenched.