The Philadelphia-based quartet is one of the most exciting art rock bands in America. 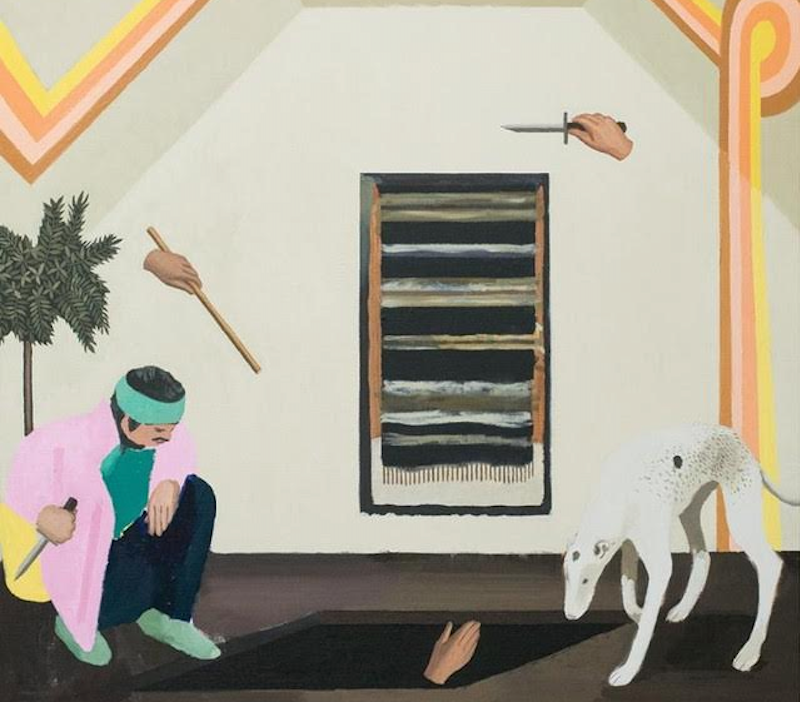 Puffy-eyed proclamations about “the death of rock” have been reliably bitter material from the mouths of wannabe babes and falling stars for decades, yet the trad-rock ’n’ roll configuration of guitars, bass, drums, and voice remains. If Limp Bizkit and poptimism didn’t kill it, nothing will. Though too often new rock bands young and old resemble that post-apocalyptic cockroach that thrived on radiation and malnutrition: sons of fathers to sisters of a botched Pavement homage, or inexplicable Jonathan Richman cosplay, or punk and hardcore that hasn’t moved an inch since “My War.”

There are a handful of fantastic art rock bands still making interesting music with relatively traditional lineups and configurations: Guerilla Toss, Horse Lords, Deerhoof, Lightning Bolt… no, I can’t do this, those last two are too weird and too old to qualify. I like Parquet Courts, but they have a pretty weak track record. They’re good for two or three good songs per album, and to my mind they’ve only written two truly great songs (“Borrowed Time” and “Everyday It Starts”).

I’d mention Girlpool, but they’re only recently a four-piece, and the players besides Harmony and Cleo are hired hands. Before the World Was Big is a masterpiece and one of the best records that’s come out this decade, but there are no drums on it, and even Powerplant, which has full band arrangements, just doesn’t qualify because only two people are writing the parts and appearing in promotional pictures.

I found a quartet of equal footing named Palm last November. Girlpool were headlining the second night of U+N Fest at Baltimore’s Ottobar, and their tourmates Palm opened. I showed up early based solely on the Girlpool endorsement, and they blew me away. I wasn’t planning on taping them but less than a minute into set opener “Composite,” I got my Tascam out and recorded the rest of their set. Bright, taut, obtuse, but hardly obscure: this isn’t library rock for modular synth heads and noise bros who are embarrassed to be seen around Stratocasters—but more importantly, Palm isn’t offering up stale revivalism and homages that plant their feet in late-1970s New York or mid-'90s Olympia and never leave. And they’re hardly making pop music, even if their songs are very accessible compared to other bands that get asked about time signatures in every interview they do.

The set I saw in November was mostly made up of Rock Island songs, with a couple from last year’s Shadow Expert EP and one from 2015’s Trading Basics. The album opens with “Pearly” and “Composite,” twin pieces by singer/guitarists Eve Alpert and Kasra Kurtwarble, respectively. Their guitars are processed through familiar chorus and slap-back, downed electrical wire delay (think Abe Vigoda circa 2008’s Skeleton), but the most distinctive sonic signpost on Rock Island is the way the guitars sound like steel drums, and this is where most of the hooks are voiced.

On the surface, and certainly live, there’s a remarkable lack of “technical jiggery-pokery”—no one on “field recordings” or noise table duty a la Animal Collective’s Geologist—but there’s familiarity in the vocal processing: everything is put through heavy chorus and some kind of harmonizer, like an Eventide H3000 drenched and drowned. Having seen them live, it’s easier to make sense of the sounds and the playing on here, but I remain blissfully ignorant of Palm’s process. Rock Island is a mission statement as much as that show I saw in November was an announcement: we are here.