Not So Old Timey

The Renegades were a '90s band with traditional roots. 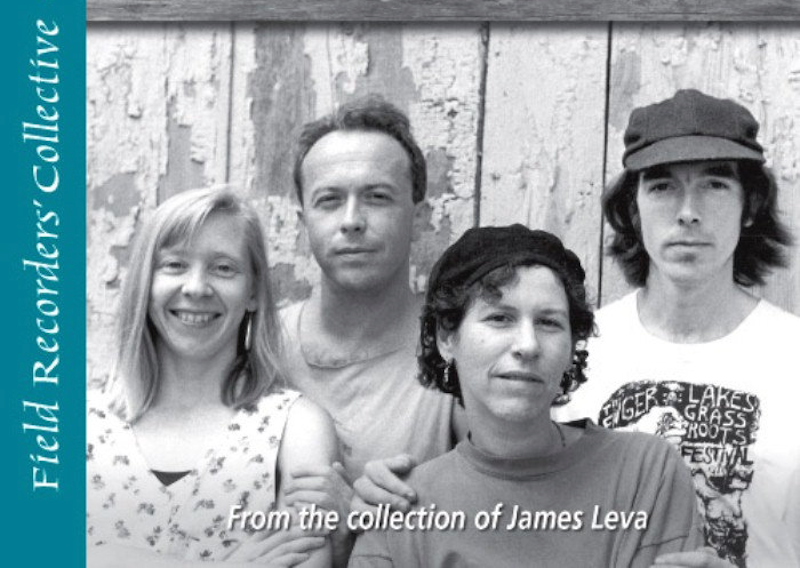 Old timey music is a backwards-looking endeavor, and critics tend to lavish attention on pioneers, from the further past the better. Bill Monroe, the Stanley Brothers, the Carter Family, Dock Boggs—all get attention from the Coen Brothers and/or Greil Marcus. For aficionados of the old weird America, the newer stuff just doesn't cut it.

Contemporary performers who are keeping the tradition alive at least get some press too. The news cycle of albums and personal appearances provides excuses to cover people like Valerie June and Rhiannon Giddens or even a not-so-well-known but still-touring 1970s outfit like the Dry Branch Fire Squad.

Between looking to the roots and keeping up to the minute, though, there's not a lot of bandwidth left to remember the folk singing folks in the middle—performers who long post-date the 1930s, '40s, '50s, or even '60s, but who aren't active anymore.

Which is why I was delighted to stumble on a wonderful release by the Renegades, put out by the Field Recorder's Collective. The non-profit label mostly releases recordings by classic old timey, strictly traditional touchstones like Tommy Jarrell and Lee Sexton. But it also puts out work by some lost once-young retro acts. The Renegades were a local super band of sorts, featuring four singer-songwriters with acts from Ithaca and Virginia: Richie Stearns, June Drucker, Carol Elizabeth Jones, and James Leva. They put out two albums, The Renegades and I Need To Find, with local distribution in 1993 and 1995. Both releases are reproduced on the Field Recorder's Collective album.

As old timey performers, the Renegades are a pleasingly in-between band. They cover some hoary old repertoire, including a great version of "The Hills of Mexico," a cowboy song about a buffalo hunt in the late 1800s that was collected and published by John Lomax in 1918. The female singer brings a mournful jauntiness to the tune; her distance from the (male) narrator, and the clarity of her enunciation highlights a hangdog humor that other performances of the song sometimes miss.

Well I met a señorita with eyes as black as coal
and she swore that she loved me
with all her heart and soul
till her parents took her from me in those hills of Mexico.

Even if you've never heard the song before, you know as soon as the señorita shows up that she's not going to be sticking around with the hard luck narrator.

The band also wrote a lot of their own songs, though, and they were adept at mixing the string band setting with a more modern sound. "Old Black Crow" has a rollicking rhythm that could be Cajun, but also sounds like reggae filtered through a string band. A mellow male vocal backed up by exquisite bluegrass style harmonies sings an elliptical lament for the good old days.

I was a listenin' to an old black crow
The water got the rhythm and the wind's got soul
Love and understanding's at an all time low
The wheel's of man's spinning out of control.

"Is that right?" the lead asks, and someone calls back, "I only speak the truth"— a reassurance that inevitably makes you wonder how seriously you're supposed to take the message. The laidback but stinging electric guitar solo also indicates the band's comfort with modernity. If they miss the past, it's only because it’s so much fun when you set it to a (sort of) up-to-the-minute beat.

"Ain't No Ash Will Burn" is another highlight; it's a straight country weeper; you could easily imagine Emmylou Harris performing it. The female singer is more nasal than Harris, but affecting, especially when her bandmates join in on harmony.

Love is a precious thing I'm told
It burns just like West Virginia coal
but when the fire dies down it's cold
there ain't no ash will burn.

The reference to West Virginia coal is a wink to the band's old timey roots, but the part that really sells the song is the casual way she says that love is a precious thing "I'm told." The blithe dismissal is devastating. You hear your loved one say that and you just have to go cry in a corner while the fiddle weeps.

The liner notes to the album on the Bandcamp page suggest that the Renegades were an Americana band with an unusual affinity for old timey music. That's a good enough description—though you could also see them as a late flowering of the 1980s traditionalist country movement, à la Ricky Skaggs, or as a rougher Alison Krauss. Part of the pleasure of in-between music is that it's hard to pigeonhole it.