Onom Agemo and the Disco Jumpers Groove On Over to Mali 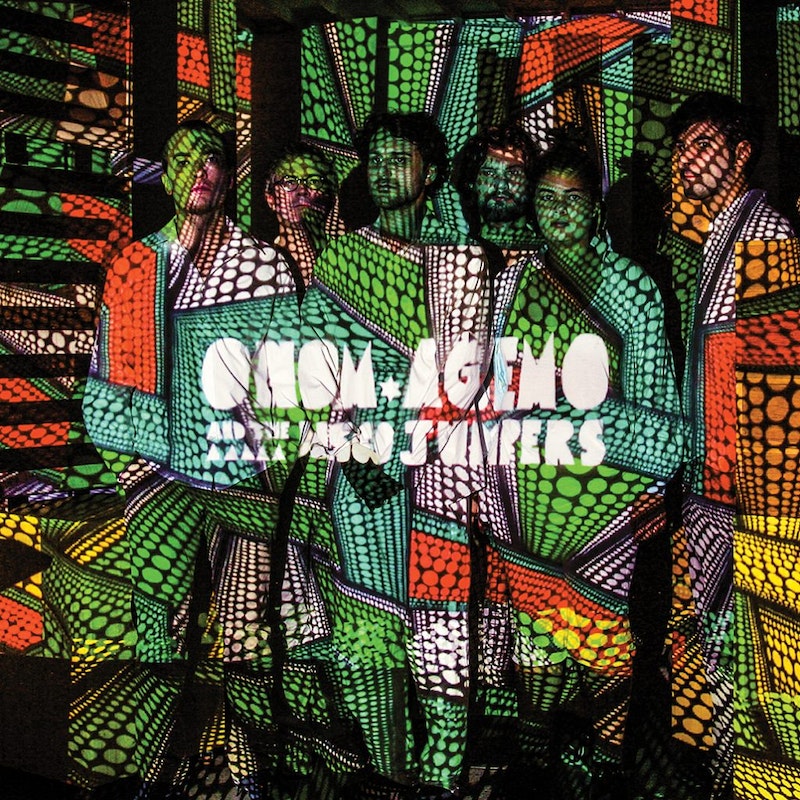 World music is sometimes defined as the traditional music of specific locations in the world that aren’t Europe and North America. Listening to these local traditional sounds is framed as an authentic cultural education. As the old CD Rough Guide comps suggest, it’s a genre constructed as a kind of auditory tourism.

A lot of recent world music, though, is less about returning to roots than about profligately crossing borders. One of the best albums of the year so far is Where’s The One? by Congrotronics International, a collective of 27 artists from three continents who sing in at least four languages and generate a positive tsunami of rhythms.

The new album Tartit by Onom Agemo and the Disco Jumpers and Ahmed Ag Kaedy isn’t as peripatetic as Congotronics. But it has a similar air of transnational profligacy, and a commitment to the idea that the best world music is big enough to make the whole earth boogie. Onom Agemo and the Disco Jumpers is the stage name of Berlin-based saxophonist Johannes Schleiermacher and his Afro-funk groove outfit: Jörg Hochapfel on synths, Kalle Zeier on guitar, Kalle Enkelmann on bass and Bend Oezsevim on drums. The quintet is sometimes joined by Danish-Mozambiquan singer Natalie Greffel. For this recording, instead, they teamed up with Malian Tuareg guitarist and singer Ahmed Ag Kaedy.

Tuareg is influenced by Western instrumentation and performance. Musicians like Ag Kaedy fused electric guitar to Arabic and Berber tunes and melodies to create a trance-like desert blues. Schleiermacher’s band is part of a Euro-jazz lineage that borrows liberally from US sources. Their common language is a groove-based roots music that’s so thoroughly integrated into their traditions it might as well be indigenous.

To Western ears, the result is both familiar and thrillingly unfamiliar, like suddenly realizing you were speaking someone else’s language all along. Album opener “Medin” starts with Schleiermacher wailing on sax and Ag Kaedy’s stinging guitar lines—it evokes free jazz, Hendrix’s psychedelic explorations and Middle Eastern rhythms all at once, a global intergalactic caravan, with camels clopping along between the stars. “Kidal” is still spaced out, but the rhythm is bigger and more insistent, gesturing (even if obliquely) at that “disco” in the band name.

The centerpiece of the album is a live eight-minute set at Kaschemme in Basel, Switzerland. The club boasts that it hosts techno, reggae, indie rock, disco, and Onom Agemo and friends seem determined to provide all those at once. The head-nodding music lopes along, with Schleiermacher throwing in tenor sax squalls and Ag Kaedy alternating his usual undulating vocal style with something closer to rap speak-singing.

The music isn’t lodged in any one place or time, but rides along through various countries and genres, sacred and profane, getting increasingly raucous and intense, until the end is a full-on freakout. The Disco Jumpers aren’t so much bounding from venue to venue as they’re stomping on the floor hard enough that you don’t need to care where you are in the world.