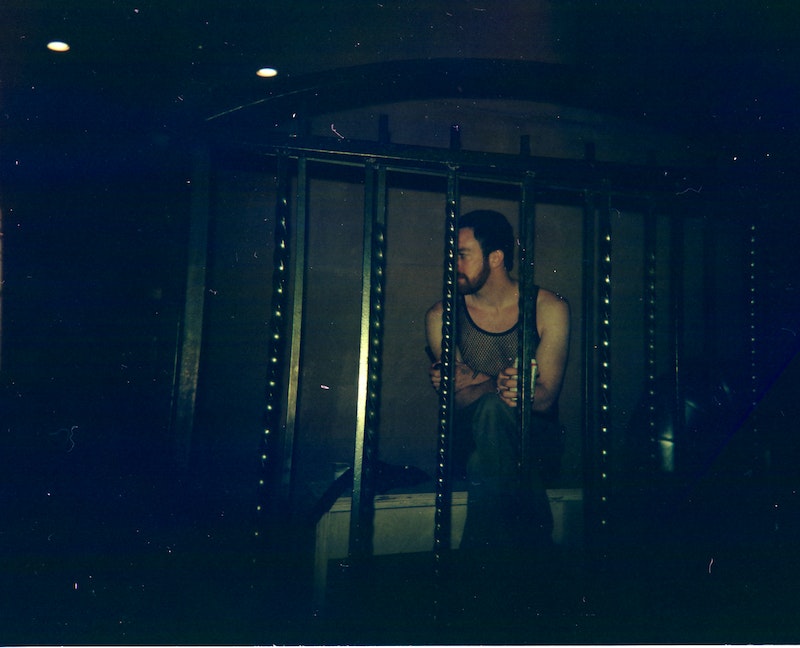 There was no hint or suggestion in the louvered electronic screeches Christopher Forgues made as Kites might, some day, give way to dour, fog-drowned moor synth-pop full of old-fashioned pocket-watch hiccup clicks, steam-grate hisssssss, and grave, gravelly vocals full of Easter Island solemnity and fo’ faced sourness. But then the Providence, R.I. musician and comic book artist started hanging out with synthesizer player Sakiko Mori, and guess what? It totally happened. In a March email interview, Forgues filled us in on the sea change in his recording career.

SPLICE TODAY: After the bracing, cerebral noise Kites made, the switch to dour, U.K. trenchcoat pop—albeit U.K. trenchcoat pop treated cleverly with washes of noise—comes as a big surprise. How did Daily Life come into being? Does Kites remain a going concern?

CHRISTOPHER FORGUES: I quit Kites a few years ago as I wanted to establish a new "campaign,” with different goals. I guess I felt that a lot of the ideas or questions I had when I started Kites had been completed, and it was time to move on. My new solo project, Mark Lord, has less pure sonic phenomena and less rules.  I've always been interested in songwriting, and explored that a bit in Kites. My whole life I've been deeply interested in a very wide range of music, so maybe from the outside the changes I make seem strange, but to me, it's not so strange. When I was doing Kites, some of my biggest influences were Roxy Music and T. Rex!

Daily Life started playing two years ago. Our first few practices, we tried to make improvised, uncanny music, but it sounded horrible and generic. So the only thing we could do was to make pop music.


ST: What’s it been like taking Necessary & Pathetic (Load) out on tour? Had you road-tested the tunes prior to recording, or was it the other way around?

CF: Many of the songs on the record were quite old, so they were very well practiced. There were a few newer ones to keep us excited, and other old ones that we saved for future records. We just went on tour; it was great.

ST: How many reviews of this record have shamelessly punned on your album title? Who were some of your influences for this album?

CF: I don't know what puns could be made; I'd like to hear them. I think we're being counted as part of the "new romantic" trend that's happening, but we arrived at our sound almost accidentally. We think of ourselves as a free, creative band, making music, not in a genre. Influences might be difficult to list, so many: Faust, Kim Carnes, The Raincoats, Ceramic Hello, G.G. Allin, Angel Rada, OMD, Roxy Music, Steely Dan, Wolfgang Voigt, The Fugs, Steve Halpern.


ST: What are you listening to for fun right now, or even a few minutes ago?

ST: My favorite Necessary & Pathetic track, the one I constantly find myself returning to, is the closer, “There’s No Solution Because There’s No Problem.” What was the creative process for that song like? It’s strikingly unlike the rest of the album, and not just because it’s instrumental; there’s a carefree, playful vibe to it. For some reason it makes me think of a humongous Bonzai tree whose limbs keep flashing like bioluminescent strobe lights.

CF: That one was a jam we got on tape, then learned to play, then developed a bit. In many ways our band is just self-defense, you are not thinking, just acting on instinct.

ST: Along with a couple of other places—NYC and Ann Arbor, MI – Providence, RI has this long-running reputation as a hotbed of unruly underground experimentalism. Would you say that reputation is deserved?

CF: It's tough to say where Providence stands at any given moment in relation to what’s happening in the rest of the country. It's certainly has a strange magic. Historically, it's been a place for people who have nowhere else to turn. The state motto is "hope.”