The Psychic Chasms EP is the perfect companion to days of self-induced dehydration lying on hot pavement while playing with a multi-colored Slinky. (Grade: B+) 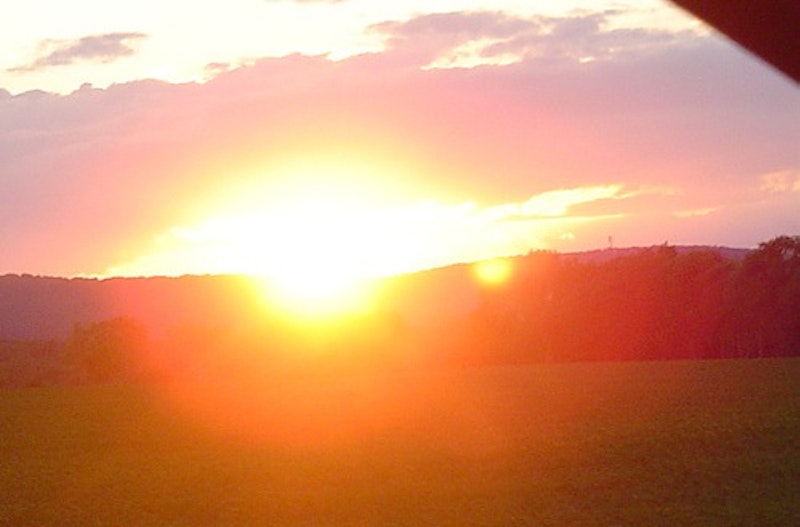 How many ways can I mark the arrival of summer? From the hot, black pavement that punishes any poor soul who takes off his sandals, to the caked air that carries the odors of burnt rubber and grilled meats down five city blocks, summer is a sensory overload. For me, the surefire sign of its commencement is in the joint sensation of dotty eyes and dehydration, which of course is only compounded by an afternoon sipping shandies in the sun. We haven't quite reached that time of year yet, but now, with the release of Neon Indian's hazy, synth-filled EP Psychic Chasms, we at least know what the accompanying soundtrack will sound like.

There's not much in the way of biographical information about the hush-hush correspondence partners that form Neon Indian. We know they are a boy-girl pair from Brooklyn and Austin, respectively, but that's it. Hell, even the boys over at Austin-based Gorilla Vs. Bear appear mystified. On their 18-minute EP Psychic Chasms, the elusive pair lace together dark-glam synthesizers, wistful melodies, and the occasional anthemic chug. But unlike other groups who consume new wave and Italo-disco only to spit out something equally pulsing and dancefloor-oriented, Neon Indian revel in atmospherics. Their sound is loopy and hypnotic but surprisingly potent.

In just six songs, Psychic Chasms goes through three distinct cycles. "6669 (I don't know if you know)" and "Local Joke" both sound like a Crystal Castles single set to the wrong BPM. It's the same make-up of synthesizer flourishes and vocal echoes but the glitch and distortion fills up space as opposed to propelling the beat. Lethargy never sounded so menacing.

"Deadbeat Summer" is the wobbly centerpiece of the album. As my friend Josie once noted, the song plods about like a multi-colored slinky. The vocal delivery is more melodic and chipper, even marked by little bursts of wordless satisfaction. The song recalls moments of stoned-out bliss and makes you want to revel in the little accomplishments: eating a damn-delicious taco with just the right amount of lime or finishing a cold beverage before all the ice melts. It's a good feeling without too much invested. "Should Have Taken Acid With You" is another peppier number, and clearly, with the song's message in the title, you can tell it's a charmer. I like to think that this is some kind of ironic love letter. And considering the vocals sound more genuine here than on any other part of the album, that may just be true.

Neon Indian are sure to bring up comparisons to MGMT, and songs like "Seriously, It's Over" and "Mind Drips" will only advance the habit. The first number is a charge-filled instrumental that reaches some serious heights in just over a minute. Though, "Mind Drips" is more densely assembled and probably the best indicator of what's to come from the group. Warping sounds give way to a meaty electronic backbone and a poppy refrain. The band doesn't go full cheese on us, but it's only one step away.

Psychic Chasms is a promising assortment of numbers but in no way does it represent a complete package. There are three different directions on this album and the band is bound to go down one of those paths. And at the rate at which they're showing up on Hype Machine, they'll probably be choosing that direction soon in order to rush out a full LP before the end of this fall, which may be a good or bad thing. But, for the time being, Neon Indian is a singles project with a pretty decent concoction for your summer afternoons.