Mullyman's Harder Than Baltimore brings all the right beats

Get it for free here. 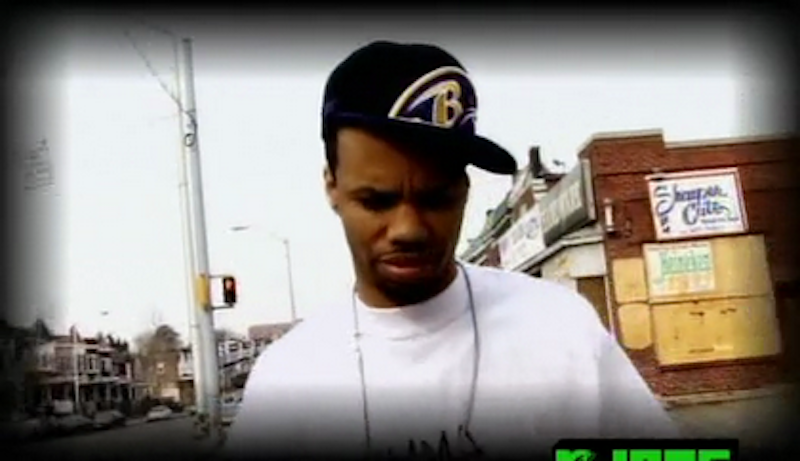 Mullyman is a hard-assed, occasionally sensitive rhyme obsessive, who shines on street tracks but possesses the rarefied talent to make pop and dance raps that are just as sharp. Like Baltimore's version of T.I., he's versatile but consistent, and keeps his content relatively simple—mostly bragging and stories of growing up in Baltimore—while exhibiting a wider and weirder frame of reference than is really necessary.

On “She Hurtin' Em” he compares a chick's looks to Josephine Baker's iconic beauty. There are at least two references to the minor web meme “C'mon Son!” His thoughts usually tumble back towards the inhabitants of his irreparably screwed-up hometown. “Party Walk” is punctuated by a cathartic chant-along of “Way Down In the Hole,” the theme song from The Wire. He throws out goofy punch lines just to see if he can get away with them: “Shittin' on em like an eagle having bowel movement” (from “Get Ya Life”). And he just plain raps his ass off.

Harder Than Baltimore's best moments merge the rapper-born Kevin Muldrow's playful skills with seething frustration. The laundry list of disappointment on the title track (“Gun fights, lost life, baby's dying, momma's crying...”) is a highlight on a song that could easily skate by on fevered rapping alone and “Life Is What You Make It” contains this quiet chunk of incongruity: “They sent my brother off to war, to fight in Iraq / Every night I pray to the lord that he made it back / And he did / But the truth and the irony is, it's a worse war going on right here.” Mully's Baltimore accent helps sell a rhyme that looks awkward transcribed, but part of the point there is the way he breaks his rhyme scheme just to cry out.

Harder Than Baltimore is available online for free. Mullyman frequently floods the Internet with, “wiRemixes”—what he calls his freestyles over radio rap beats. From the outside, the Baltimore rapper appears to be part of the nascent trend of regional, Internet rappers making it “big” via a lofty mix of overexposure and narrowcasting, but he's actually doing something far more interesting.

He's hanging out in this weird place between “independent” and “major,” grabbing moves from both sides. He's appeared in The Fader and XXL and his debut, 2005's Mullymania, featured guests like Freeway and Clipse. Videos for Harder Than Baltimore's singles aired on MTV Jams and the album itself possesses neither the hedged-bets common on major label releases or the chintzy spirit often associated with independent product. Harder Than Baltimore is a fully formed, sprawling rap album—emphasis on the “rap” part.