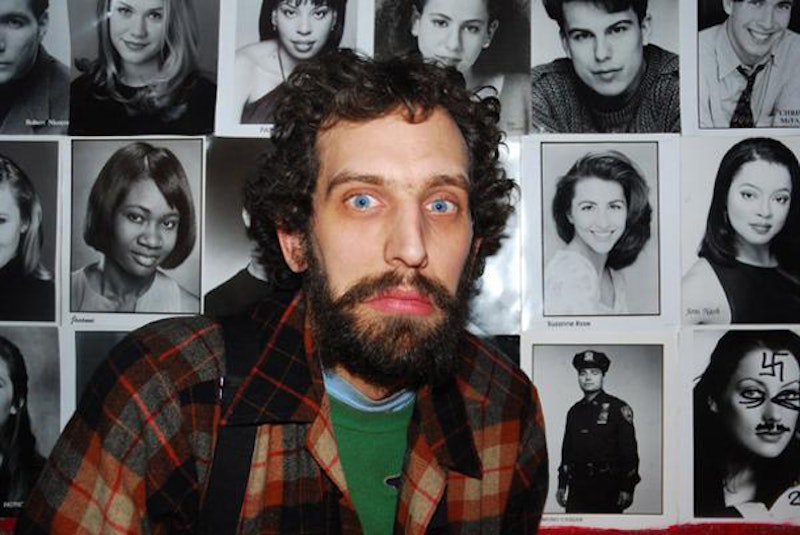 The plane taxis slowly into position, acquires speed, rattles and buckles. Then the impossible-possible occurs: liftoff, flight, the connection between terra firma and the heavens severed in a somehow surprising instant that doesn’t quite register as real. But it’s happening: the landing gear folded in, the fasten-seatbelts signs illuminated, everyone around you afraid to breathe. You’re aloft, flying, thumbing your nose at physics, the laws of gravity, ascending swiftly into cloudbanks as massive cloverleaves become 1/1,000th scale models of themselves, constellations of headlights teeny-tiny sparks somewhere far below. The shock of weightlessness giving way to calm, late afternoon fading to evening, a jangled-nerve murmur melting into idle chatter, the granting of permission to re-activate personal electronic devices: these are ideal circumstances for enjoyment of Twig Harper (Hanson).

Sure, the Baltimore noisenik’s scruffy, scrambled-egg sound specials usually hover two or three hundred feet above sea level, but Harper is sparer and tauter and less demented than what we’ve come to expect from him. There’s something else happening, another connection: perhaps it’s a way of thumbing one’s nose at fate and chance by soaking up neo-fractal psychoactive noise at insane altitudes while utterly and completely at the mercy of a complicated piece of machinery where system failure, however minor, could result in slow singing and flower bringing on a wide scale.

While Harper’s solo (non-Nautical Almanac) M.O. has hereforeto involved the amassing and atom-smashing of all sorts of audio trash—music boxes, samples, static, his old prior recordings, et al—he seems to draw on the electric guitar, the keyboard, and the piano for Harper. The relatively earthbound opener is a frowning, sickly thing of mild feedback and brownout strum, evocative of weeds and rotted boat slips, but the next untitled cut—they’re all untitled—finds Harper rocketing back and forth between satellites on Laser-Tag radio signals, the bells on his toes ringing hard enough to summon wormholes. The rest of Harper is similarly up, up, up in the air: Decepticon null-ray synths swallowing the ambience while drowning minor-key ivory chords at the bottom of the mix, skewed-perception pneumatics run-amok, staggered electronic drones so measured and even-keeled that you almost don’t notice when Harper slowly teases the volume knob from East to West and back, breathing and whispering into a microphone. A whisper-chanted mantra of “Become/dissolve/become/dissolve” scans less as an invitation than as inevitability, flesh to ashes to dust to air.