On the pair’s recent split EP, from Type Records. 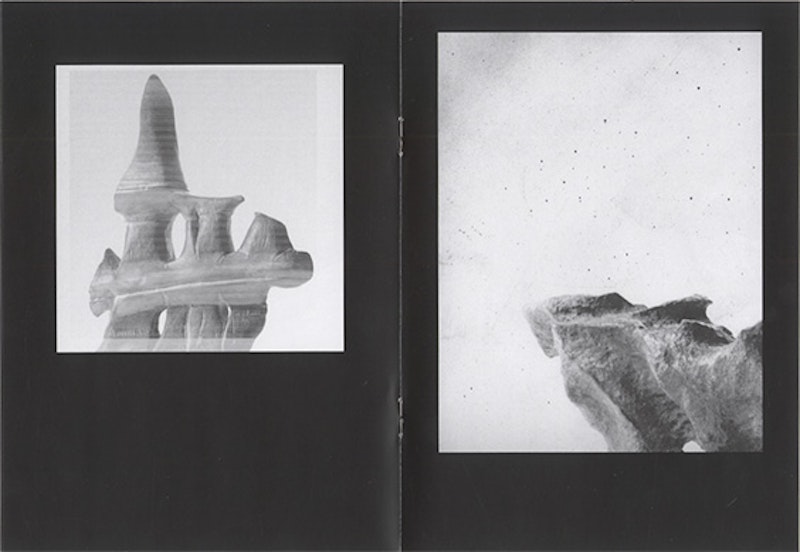 Mike Shiflet’s “Bedside” comes on like a score to a black-and-white silent movie about European travel during the 1940s, its mélange of piano preponderance, ringing static, atmospheric found samples—trains, machinery—and the buzz of electronic micro-effects implying stamped passports and dated photographs curling at their edges, doomed love affairs lost to the fog of distance and memory, squalor and dim sadness. One pictures stick figures jerking to and fro before a camera’s lens, hurtling away from unknowable wheres and towards unimaginable tos; lint-coated photograph needles dropped onto records revolving; indistinct plague dreams where everyone dons a bowler or a poor-boy hat but no one has a face.

Shiflet is a noise lifer who is no stranger to texturally-inclusive compositions, but despite its innate malevolence—a swarming churn underwrites the warmth here, its pitch-shifts cleverly obfuscated most of the time—“Bedside” strikes me as the most nuanced, involving piece he’s ever had a hand in. As the denouement approaches, Shiflet’s anachronistic façade crumbles away, leaving something more translucent and less certain in its wake; the listener is left questioning the wholesale emotional resonance of what came before. Did that really just happen? Was it a dream? Am I truly living an idyll, or is that idyll a psychological device to mask the horror or emptiness of the present moment?

The Pete Swanson we meet when “College View” erupts into being, a rampaging posse of electro-pop algorithms tripping over their own feet to storm the castle, rattling phosphorescent sabers and iridescent uranium chains, will be familiar to those who enjoyed last year’s tubular, convulsive, Man With Potential, which itself was reminiscent of the best of Swanson’s work as half of Yellow Swans: think Bring The Neon War Home, think Live During War Crimes #2. The idea that noise-rock should always sound like a Chinese fireworks factory being torched for insurance money while being filmed in gorgeous 4D remains an alluring one, and one that the first five minutes of “College View” pay intense, rapturous homage to. Then Swanson’s party burns itself out, and we’re left with three elements to concentrate on: a slow-clap coliseum avalanche, a three-chord keyboard vamp, and a nauseating burst of effects glitter. As the dynamics shift into a realm of greater fluidity, mutilated horns muscle in during minute seven; the sounds of paper tearing itself apart materialize in minute nine. Entropy reigns, however merrily, looping lopsidedly into a damning silence—the perfect precursor, ultimately, to a rain-slicked downer like “Bedside.”