It's All About Honest Soul 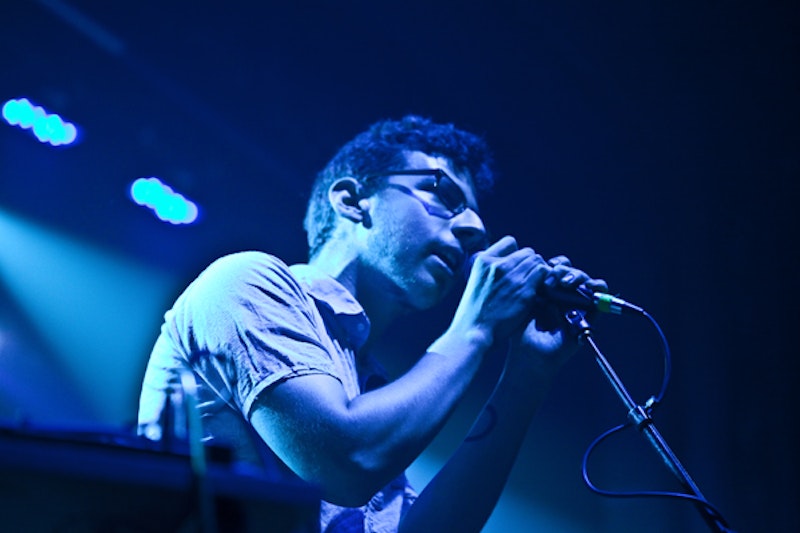 I recently spoke with Brooklyn post-punk/post-soul/post-difficult-music creators Ava Luna. The band just completed their first coast-to-coast headline tour in support of their debut LP Ice Level. Though in the process of planning the band’s next recording, frontman and multi-instrumentalist Carlos Hernandez answered the following questions about the band’s current state of affairs.

SPLICE TODAY: Ava Luna has been around for a few years now. What sparked its creation?

CARLOS HERNANDEZ: Nothing at all sparked the creation. I've been making music since I was a small kid, classical music at first, and then at 17 when I began dabbling in bedroom recordings and pop, I decided to use the name Ava Luna as a "band name." Eventually, it became a real band.

ST: Upon first listen it doesn’t escape the listener that the music is very vocal heavy. Is there a reason in trying to work with as many harmonies as you do? It seems like a logistical issue to pull that off live on a consistent basis.

CH: The first decision to use lots of vocal harmonies came when I injured my wrist, and couldn't play guitar. As a sort of experiment I decided to arrange four-part vocals instead. For a long time, the band was just the singers, plus a single synthesizer. Over the years, we've added instruments back, and now there are guitars present again. It's always been difficult to pull off the vocal harmonies, especially playing in basements and weird rooms where you can't hear yourself sing, but that's just another challenge.

ST: There is a certain element of the production on your first two EP's that carries on into your debut LP Ice Level. I would say it borders on lo-fi but I feel that the term is misleading in a way. Previous interviews have brought to light that Motown and classic soul records personally influenced you. That being the case, it would seem that the listener would expect more of a high-fi approach, or perhaps some wind chimes here and there.

CH: I would definitely say that it's lo-fi. Mostly out of necessity, because those were the resources we've had access to, but then the necessity begets the aesthetic. I see nothing "hi-fi" about old soul records, especially not the smaller independent vocal groups, or even the early days of the major soul labels. They brute-forced their way through just as hard as any garage band at the time, and a lot of the sounds we've all come to love are a result of shitty broken equipment.

ST: When I listen to Ice Level in its entirety there is a level of awkwardness that takes center-stage. The instruments come and go at will, the chord progressions are at times bizarre or inscrutable, and the lyrics paint very surreal portraits about people and places. Somewhere within this Bermuda Triangle there’s a pop hook in the open ocean clinging to a buoy. Would you describe what you do as difficult music? Do any specific composers or musicians, dead or alive, intrigue you with their complexity?

CH: Nothing is more important than honesty in music. If a song sounds difficult or tangled up, it's because that's the best I could do to express myself. Awkwardness takes many forms, and I'm actually touched that you would describe the feeling of the songs the way you did. Often, in times of anxiety, or great joy, the mundane becomes surreal and inscrutable while the common is drenched with romanticism. These things are not so easily deconstructed. It's the unfortunate truth that, in times like this, a buried pop hook is the only glimpse of relief.

When you say "difficult" music, I imagine "difficult to penetrate" as in, music that uses noise, or technical tricks, to conceal its real meaning. I hope we never do that! Every sound, whether beautiful or ugly or light or harsh, should bring us closer to that we're trying to say, not farther from it. Scott Walker's later work is a perfect example of someone whose music is dense and enormous, but which never loses sight of its razor sharpness. And if I can shout out some friends, I'd point to Celestial Shore as a new band that's very smart about its balance of precision and beauty.

ST: I heard that your keyboardist Nathan was really into Wham! Can you comment on that?

ST: What is the image on the cover of Ice Level about? I feel like I'm being confronted with a Rorschach blot.

CH: That's a page from Felicia’s (Ava Luna singer and keyboardist) sketchbook. Glimpsing into there is like peering into another world. She holds a whole beautiful language of geometry in her head that she's far too nonchalant about.

ST: Now that you've completed your first proper U.S. tours and have completed the LP can you tell us what listeners should expect next?

CH: More songs! More tours! As long as life stays interesting enough to write music about, then we'll keep writing music about it.

Ava Luna’s debut LP Ice Level is available on 12” vinyl and CD through Infinite Best Recordings and the band’s website. For show updates and more follow the band on Twitter @avalunaband