Looking back at the great Bill Harris and Friends. 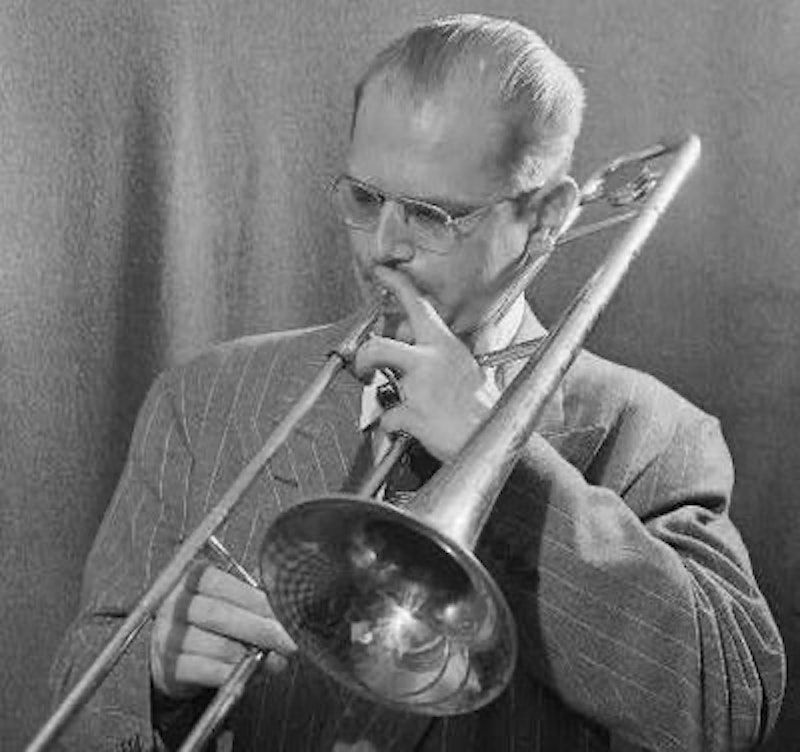 Jazz is a music of swagger. A genre based around solos, virtuosity, and technical prowess, its descent (or ascent, if you prefer) into avant-garde hermeticism was, if not inevitable, then at least not all that surprising either. Bird, Dizzy, Coltrane, Miles, Mingus—one-name giants of cool and geniuses of the new.

Not all jazz is new, though. There's a jazz traditionalism as well, though its profile is considerably lower. Trombonist Bill Harris, for example, definitely needs both his names. Even with those, it's likely that few non-aficionados have heard of him, or of his great, blandly titled 1957 album, Bill Harris and Friends.

Harris's album title is dull. There's nothing that screams "genius," and nothing particularly innovative about Bill Harris and Friends. The set-list is composed of seven hoary chestnuts played the way you expect them to be played; this is not Coltrane's My Favorite Things, which was released only four years later. Pianist Jimmy Rowles, bassist Red Mitchell, drummer Stan Levey, tenor saxophonist Ben Webster, and Harris himself run through the melodies, take solos, run through the melody, and then stop. It's jazz for people who don't like surprises.

So why bother listening?  Mostly, I guess, because you don't have to be surprising to be doing something worthwhile. Harris may not be an innovator, but he has a tone like no one else; his trombone sounds like Ethel Merman if Ethel Merman were a lightly wounded waterfowl. On the six-and-a-half-minute "It Might As Well Be Spring," he quacks and staggers over and around the tune with a delicately awkward carelessness. There's something of Miles Davis in it, but without Davis' ambition or edge. Harris isn't honking into the future; he's just paddling around in place, content with the languid, hapless beauty of going nowhere.

Ben Webster, the tenor saxophonist, sounds nothing like Harris. No duck-walk child-like flailing for him; his tone is almost preternaturally smooth and sensual; the vibration of the reed at the end of each of his phrases quivering with a hugely gentle virility. His feature number "Where Are You?" is as masterfully lyrical as Harris' showcase is deliberately hapless.

And yet, the two players together couldn't be more perfect. On "I Surrender Dear," Harris croaks a phrase and Webster answers with that amazing tone, a pained, self-conscious declaration of love stumbling into bliss. Or Webster blows a lyrical vibrato, and Harris wonks in answer, a deliberate abandonment of skill. Surrender is both clumsy meandering and transcendent release; both ecstatic soaring and ecstatic stumble.

"In a Mellow Tone" also makes great use of the contrasting horns, with Webster flowing easily over the groove, then tossing it to Harris who chases it around in a circle and almost runs it to earth. "Crazy Rhythm" is the one up-tempo track, not as indelible as the ballads, maybe, but a nice change of pace.

The album's bizarre highlight, though, is "Just One More Chance." It starts with Webster blowing beautifully, and then Harris comes in, sounding like he's going to cough a heifer out through his horn. Webster, understandably, pauses to make sure everything is okay.

Harris stutters to a halt with a final interrogative bleat, but then assures Ben that all is well. Ben himself, it turns out, has a little backache, but is basically fine. The two banter a little more, and then go back to playing, Webster smooth, smooth, smooth, Harris still sounding like he's got that heifer in his horn, sounding both oblivious to each other and in perfect sync. They're two aging fuddy-duddies turning old man humor into a few bars of the most perfectly hilarious, perfectly sublime jazz in existence. There's a swagger to that not-swaggering which is maybe the most impressive swagger of all.