Metal Fragments in Your Decaying Skull

New releases from The Bug vs. Earth, Oozepus, and Celestial Bodies. 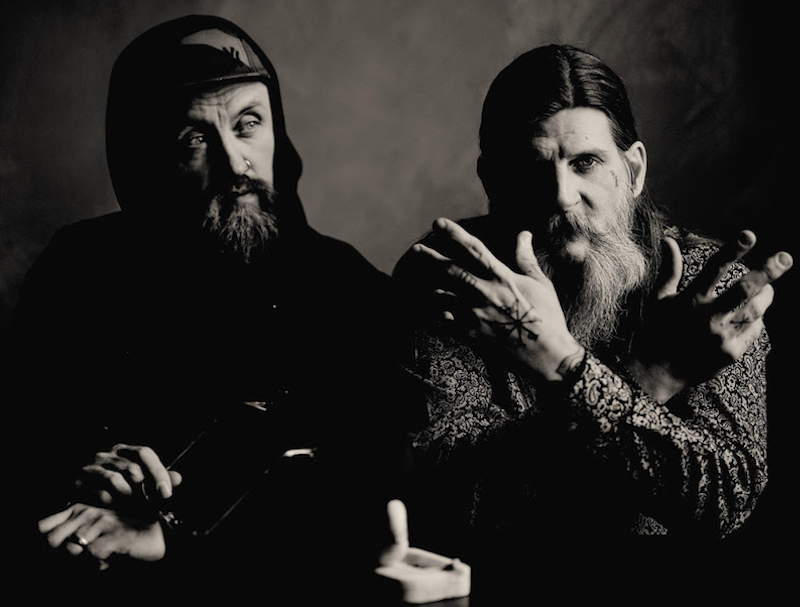 Heavy metal was, at one time, four shaggy guys with guitars letting forth high-pitched wails about Vikings and/or motorcycles. We've evolved or devolved from those halcyon days of tight pants. Now metal’s a fractured, cratered landscape of Balkanized sub-sub-genres, seared by walls of sound and the occasional shrieking laptop. Here's a brief roundup of newish releases scattered amidst the ruins.

The Bug vs. Earth: Concrete Desert (Ninja Tune): Kevin Martin (The Bug) and Dylan Carlson (Earth) are both semi-famous electronica noise weirdoes. Martin’s known for his percussive, machined hip-hop adjacent feedback grime, while Carlson is the granddaddy of long, slow drone metal. Their struggle for supremacy on Concrete Desert is mostly a victory for Carlson, at least in the sense that the disk's default approach is meditative trance at high volume. Still, while the earth provides the ground, the bugs crawling around get their moment in the occluded sun as well, with plenty of opportunity to spread filth and grime. "Gasoline" is built around a martial metal plod, a soundtrack for the robot troops grinding across the landscapes post-Skynet.

"Snakes vs. Rats" is an echoing lurch with occasional interludes for hiss and engines backfiring. The 14-minute title track is the most Earthy—a slow-building wash of atmospherics with occasional piercing tones, the Bug-like skittering fuzz scuttling around the edges. The collaboration ends up sounding more conventional than either Martin or Carlson's solo work; they both have such a unique sound and approach that collaboration can't help but be something of a compromise. That compromise is more metal than either is alone, though; they beat each other down into the fearsome roar of genre.

Oozepus: Your Limit (Malignant Records): Oozepus is another collaborative venture, this one a three-piece organized by death/doom semi-legend Bungo Uchino of Japanese band The Coffins and Bouyoku Kikai of industrial metal act Linecraft. Their first EP, Your Limit, is 25 minutes of plodding factory thud, fronted by Uchino's constipated gargle. The band claims influence from Godflesh and The Swans, but the doom metal heritage is audible too. Honest-to-Satan classic rock Black Sabbath riffs struggle out of the murk only to be pummeled into twitching submission by rusty hunks of iron falling upon them from a great height. "CYN" could be a Stooges outtake, if Iggy Pop were replaced with Cthulhu, shouting "Ragh! Eyah yargh! Rrrgh Leagh!" instead of "Now I wanna be your dog."  The longest track, the eight-minute "Farmers," moves with Pleistocene bulk into the art doom arena occupied by bands like The Melvins and Khanate; feedback grinding, beat cracking the surface of the earth, and a series of false stops as if the oncoming destruction has been momentarily beaten back only to herald worse to come. The tempo picks up towards the end, like an avalanche rolling down a muddy slope. Like the name Oozepus itself, the band is evilly ridiculous and ridiculously evil. It's a corpse with a swagger.

Celestial Bodies: Spit Forth From Chaos (Voidhanger Records): "And all was good until their dark dreams began to spawn the cosmic gods. Tiamat and Absu were disgusted by these abominations. Their wailing disturbed Tiamat's and Absu's sleep. Absu and Tiamat agreed that these worthless abominations must be destroyed...”

That's part of the press copy for the debut of Dutch duo Celestial Bodies. The bodies in question are not pretty stars, but nightmarish elder deities, who, if you listen closely, are caught in a buzzsaw attached to a liquefying mutant cephalapod. The album is one long monstrosity of shrieks, tormented electronic noises trying and failing to get out of the murk, and flailing, stochastic drumming. The lyrics are unexpectedly interpretable; "my kingdom of darkness'; "ravens watch, dying proud," "a horned shadow rises" and other gothic phrases form like bubbles of over-determined blood from the unformed void.

The band claims a free-jazz influence, and the music feels unstructured and random—if Peter Brötzmann was eaten by rats, it might sound something like this. Listening to Spit Forth From Chaos is more of an endurance-test dare than a pleasure. But making a misery of enjoyment and an enjoyment of misery is what metal’s all about.