Wellswood Is a Bleak Album for a Bleak Time 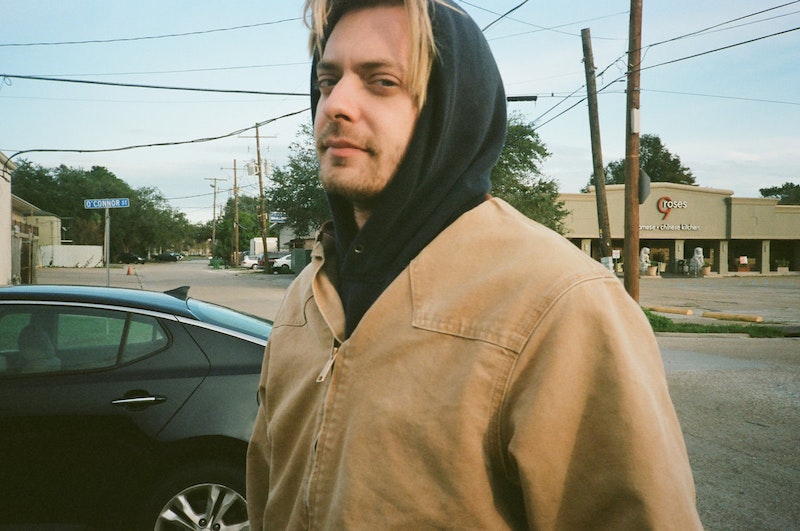 “Grew up in my old town, it wasn’t shit/Got me a new town, honey said, “Got to get better than this.” Thomas Dollbaum’s reedy voice, which seems squeezed into falsetto by sheer exhaustion, doesn’t sound much like Bruce Springsteen’s chesty mutter. But he’s obviously marinated in Nebraska for years, picking up on Springsteen’s weary Americana, and adding an extra dollop of jadedness for our even-more-battered-than-the-1980s era.

Jaded here doesn’t mean cynical; Dollbaum’s songs on his debut album Wellswood (Big Legal Mess) are suffused in the painful melancholy of hopeless empathy. The first track, “Florida,” set in the physically and spiritually ugly landscape of a gutted South, is about a battered sex worker trying to get by and a narrator who knows that there’s no better way to make a living. The music charges up to a driving rock strum as Dollbaum wails defiantly, “I promise you my teeth if you promise me your hand/I’m gonna give you the most beautiful funeral that I possibly can.”

Neil Young’s fuzz guitar and ragged attack are another touchstone for Dollbaum; the opening of “All Is Well” sounds like a lost CSN&Y track, with the stinging electric notes splashing acid on the folksy multi-tracked harmony. “Well, when you fall asleep after everything so lonely you can barely speak/I got two legs to walk away from everything” is an ode to rambling that’s practically paralyzed, and on-the-road travelogue as spaced-out dark night of the soul. The classic rock swagger is observed from a distance of indie self-doubt. The result isn’t but clinical, like Dollbaum’s got his own hopelessness strapped down on an operating table, and each warble that comes out of his throat is a scalpel.

Dollbaum doesn’t address Covid or Trump explicitly. But pulling roots rock and singer-songwriter folk off the blacktop to stagger bleary-eyed a few more miles down the road feels like it’s of the moment. The loudest, most propulsive song here, “Gold Teeth,” is an anthemic love song to a plague. “I walk hand in hand with my death/She’s the only thing I need/I breathe her breath/She breathes mine, look what it does to me.” The angry minor chords are a rattle in the lungs, as the titular gold teeth crack and break on life’s grit. Defiance is barely distinguishable from despair. “Heaven’s just something I hold on to/To keep from being lost.”

That last line is from “Strange,” a song that feels like Nick Drake channeling some of Nirvana’s soft/harsh/soft dynamics. Alienation starts gently, wanders around, and builds up a thunderhead of desperation before collapsing back into a sigh. “Never, never give up/On the things that make you less alone” could be an inspirational message or much less of one, depending on who you’re talking to and who’s listening. Dollbaum’s high lonesome voice, borrowed from Hank Williams by way of Jimmie Dale Gilmore, doesn’t offer many clues; it sounds like he’d be talking to himself no matter how many people have gathered around to listen.

Fans of retro rootsiness are pledged to legacy artists—like Springsteen—whose music, whatever its original mode, is somewhat sweetened now with the comfort of nostalgia. Who wants to have their nose rubbed in the hollow wasteland we’re currently inhabiting? For those who experience bleakness as a balm of sorts, though, Wellswood is a quiet triumph, and one of the best albums of a year that needs as many high points as it can get.