Majeure: Soundtrack to the Coming 2012 Apocalypse 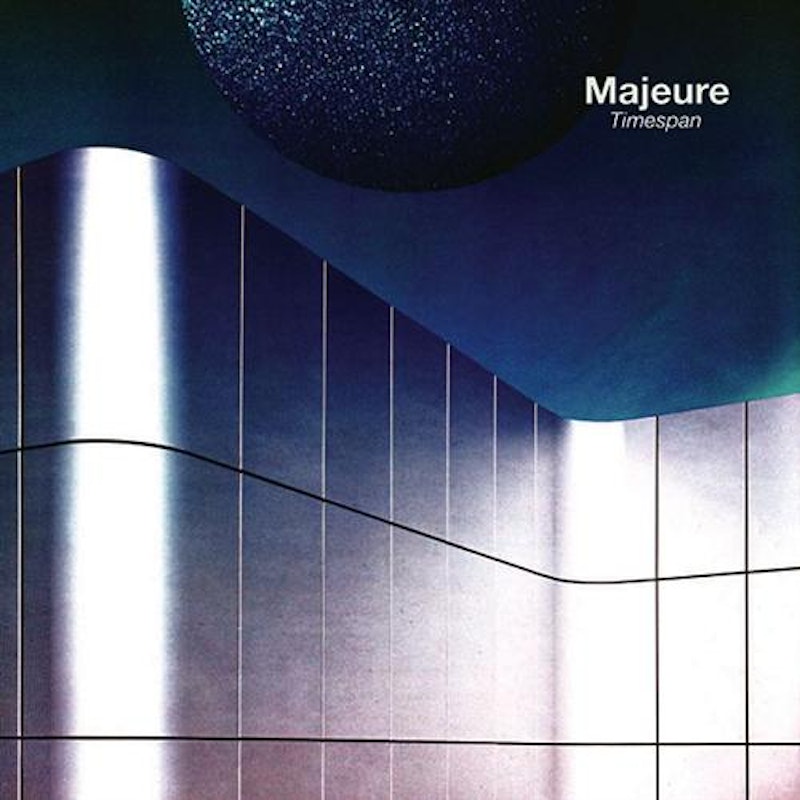 Long before Westerners had discovered philosophy, or even consecutive thought, the ancient Mayans were predicting a day in 2012 when Hegel’s brain would be uploaded to rotating satellites, creating a dialectical Skynet which would order the crucifixion of all humans and then broadcast impenetrable prose to their rotting corpses. Scientists today still wonder at the perspicacity of these ancient cultures, which—using nothing but the basest computers woven out of specially prepared obelisks—managed to predict the bloody demise of the hidebound print-based media, the rise of the cyborg antichrist Ke$ha, and the reverse rapture of materializing silly-bands which are even now drowning the world in a multi-colored kaleidoscope of hollow Platonic forms.

The long-foretold soundtrack for this over-determined apocalypse may well be the recent album Timespan by Majeure, a.k.a. A.E. Paterra of Zombi, a.k.a. a mathematical algorithm afloat in the shiny purity of the factory/void. This is a more pure and abstract model of Eurotronica than the clunky Kraftwerk of yore. Stripped of human vocals and robotic irony, little remains except beats rushing ever onward into cold vacuum and the blank wash of synthesized laseroid zaps. The six tracks, half of them remixes, range from long to ridiculously long, and trying to distinguish one from the other is an exercise more for pattern recognition software than auditory wetware. If I were forced to single one out on pain of assault with a large hadron collider, I’d probably choose Justin K. Broadrick’s remix of Teleforce. Broadrick takes the tune’s hard sleek lines and melts them down, distorting and slowing the beats as if the clockwork dancefloor is winding down, artificial boogie joints grinding into frozen motionlessness as the sun starts to die.

While Broadrick pushes it to an extreme, the whole album in general evokes a dance floor only to stare slack-jawed at the churning disco ball. Majeure doesn’t fake the funk so much as attempt to artificially synthesize it using a system of weights and pullies. There’s something simultaneously aggressive and elegiac about this deliberately anonymous, neutered version of pop music. The song “Timespan,” for example, starts with almost a minute of hollow echo, as if you’re listening to the boiler room in the secret headquarters of a passel of buzzing, angry, paisley-wearing nerds. When the music starts up, it’s what you would think it would be; repetitious patterns that make gestures at Vangelis-like synthetic romanticism before being mugged by repetitious patterns that make gestures at Vangelis-like synthetic romanticism before being put through the loop again. The most human thing about it is the dream of not being human; only evolved monkeys would pine so ferociously for the singularity to divest them of their monkeyness. Majeure bleeps and bloops its way through a future that’s always with us, the nostalgic desire for a perfected brain that will desire nothing but the repetition of pleasantly regular sonic patterns, leading up, up and into a black hole.