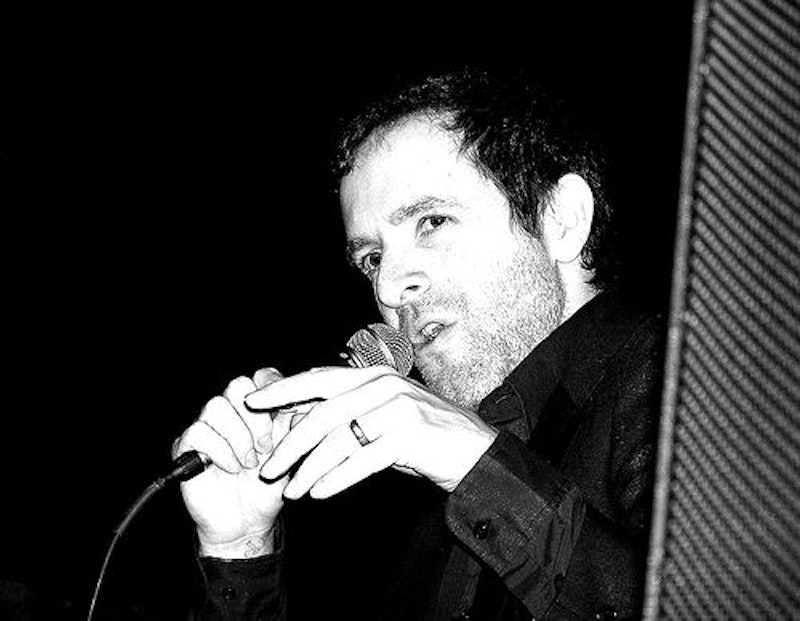 I developed an appreciation for Cory McAbee and his band, The Billy Nayer Show, a few years ago after I watched The American Astronaut, a casually surreal rock musical about a space cowboy who shoots around the galaxy to strangely specific planets on a variety of delivery missions, avoiding a creepy guy who may or may not be his father. Also, there’s a guy called The Blueberry Pirate and a song titled “The Girl with the Vagina Made of Glass.” It’s impossible to lose.

I don’t know how such a strange, intelligent and relatively obscure film came into my field of awareness, but it took hold and refused to loosen its grip. Cory McAbee was speaking an amazingly familiar language, and depicting the type of world that I loved to immerse myself in: so full of great ideas that each one only could be mentioned in passing, because each warranted a movie unto itself, and this is just how Fictional Universe X functioned, so deal with it. He alphabetically describes the entirety of a relationship, from beginning to angry end. He explains that the constant metaphorical sunshine of love would likely create a dangerous bacteria and destroy life as we know it. He expresses philosophical conundrums using animal metaphors. He explains what to do if you swallow a tooth and want it back.

There’s a patina of mystery and richness that these techniques generate, and McAbee manages to translate them superbly in both his filmed and musical works.

The newest release from The Billy Nayer Show, the intentionally awkward titled BNS Presents The Billy Nayer Show (not to be confused with their eponymous first album) seems to take a different approach than many of the earlier narratives, speculatively fictional albums, as if the band’s focus has changed from creating fables to observing them objectively. Their rock music is sing-song and verbally repetitive, as if these are children’s songs written for adults, but without being insipid.

A parallel asks to be drawn between this and The Magnetic Fields’ most recent album, Realism, which very consciously took a similar angle and failed pathetically. BNS Presents takes these ideas and turns them into a weirdly catchy series of nursery rhymes for the thirtysomething crowd, beat down by love and life, dealing with emptiness and loneliness, but still able to laugh about it. There’s an inherent maturity to McAbee’s songwriting that is never forced, and so perfectly organic that it functions on a biological level that can be universally understood.

“Henry Joe
Henry Joe
Walkin’ along, real slow
This is the song about the people I know
And it must be true ‘cause I’m telling you so.”

McAbee is recording songs about songs, or an album about albums. While there are fewer of McAbee’s signature lyrical twists in BNS Presents than previous albums, it’s solidly enjoyable. Almost half of these tracks are from two four-song EPs which were released under the band name “The American Astronaut,” which is confusing enough in itself. Between all of these perplexing titles, names and arrangements, it’s hard to tell where to begin, so begin anywhere. It’s all worthwhile.

It’s never easy to tell where The Billy Nayer Show is headed, be it an album all about gettin’ it on, or a soundtrack to another space cowboy adventure. BNS Presents The Billy Nayer Show feels like a basin designed to catch all of the extra ideas between epic projects, but thankfully, even Cory McAbee’s B-sides are exceptionally fun to behold.