The First Collection of Criticism by a Living Female Rock Critic is as distinctive as anything by Bangs and Marcus. 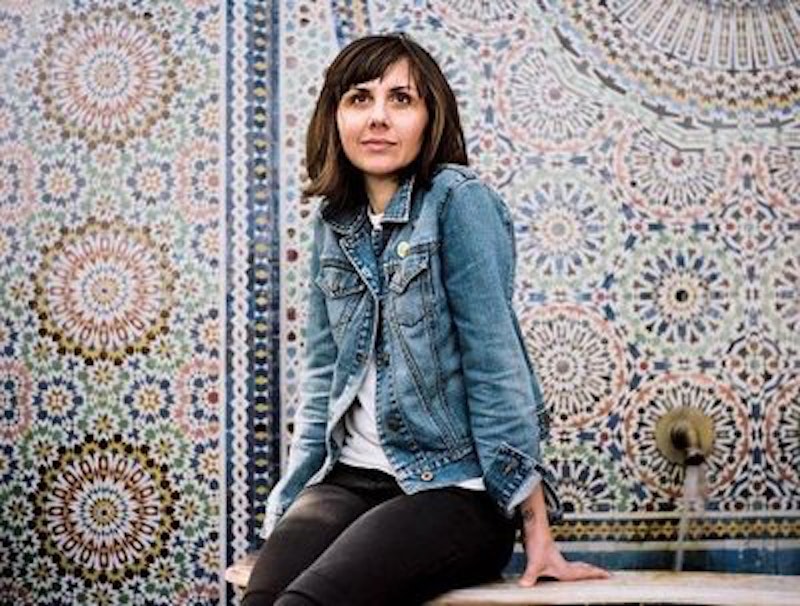 Jessica Hopper’s The First Collection of Criticism by a Living Female Rock Critic is not accurately titled, as the author notes in the foreword. Hopper’s only precedents are Ellen Willis’ Beginning to See the Light (not entirely music criticism) and her posthumous collection; Lillian Roxon’s Rock Encyclopedia (published 1969); Caroline Coon’s 1988: The New Wave Punk Rock Explosion (not a collection); and 1995’s Rock She Wrote, a collection of criticism edited by living female rock critics Ann Powers and Evelyn McDonnell. Hopper writes that the book’s self-serving title is about “planting a flight; it is for those whose dreams (and manuscripts) languished due to lack of formal precedence, support and permission. This title is not meant to erase our history but rather to help mark the path.” The title is technically accurate, since Rock She Wrote was by several living female rock critics, but the gesture of calling her book the first ever is as much of a fuck-you gesture as Dylan’s sneer on the cover of Highway 61 Revisited, or Kurt Cobain slipping in the first bars of “Rape Me” live on MTV in 1992. Cobain’s ghost hangs over Hopper’s collection—he’s remembered as “the acceptable boy bridge to girl culture” in a piece about The Raincoats, whose discography was reissued by DGC in 1994, obviously desperate to cash in and let the money roll right in after their golden goose flew the coop.

Cobain pops up here and there, but the only thread that runs through The First Collection is Hopper’s dismantling of the sexist boys’ club mentality that dominates every level of music culture, from bands and people in the industry, festival bookings, public perception and treatment of artists, the teenage boys she tried to court by enduring hours of Dinosaur Jr. trivia, and the hoops artists like Lana Del Rey, Grimes, Taylor Swift, and Cat Power have to jump through to prove that they’re “authentic.” The second piece included, “Emo: Where the Girls Aren’t,” from July 2003, is a scornful indictment of a scene and era that’s rarely remembered as exclusive, misogynistic, and myopic as the fifth-wave grunge and rap-rock it was competing with at the time. Sick of hearing about “the singer’s romantic holocaust” and wet blankets like Dashboard Confessional, she says, “As it stands in 2003 I simply cannot substantiate the effort it takes to give a flying fuck about the genre/plague that we know as me or myopic songs that don’t consider the world beyond boy bodies, their broken hearts or their vans.” Everyone knows Fred Durst, Kid Rock, and Jay-Z made millions by writing chauvinistic and deeply douchey songs, but Hopper is right that those “hopeful boys with their hearts masted to their sleeves, their pillows soaked with tears” were just as oblivious in their own way about female bodies and minds.

The book earns its bold title because Hopper is an exceptional and clever writer, and a great reporter and interviewer. I’ve read the oral history of Hole’s Live Through This over and over, along with her conversation with Jim DeRogatis about the problem of R. Kelly, and DeRogatis’ disgust with Pitchfork for booking him for their festival in 2013, despite the dozens of underage girls he raped, exposed in the early aughts in graphic detail, anonymous videotape and depositions that would’ve sunk anyone without millions of dollars and a battalion of lawyers.

Hopper admits she was an apologist, arguing that people have the right to listen to what they want. DeRogatis agrees, but still damns Pitchfork for cosigning on a rapist whose content is so similar to his crimes. The only other fault in The First Collection is the embarrassing amount of typos, the most glaring being a Tyler, the Creator review dated to April 2005. Years and words are mixed up, and I imagine Hopper is mortified, because these mistakes are the most basic errors in an otherwise exemplary collection of journalism and music writing. Hopper is a frequent contributor to Pitchfork, but unlike many of its writers, especially early on, she’s not anonymous, with a voice as distinctive and commanding as patron (all-male) saints like Lester Bangs, Greil Marcus, David Fricke, DeRogatis, Greg Kot, and Rob Sheffield. Hopper closes The First Collection with a review of Swedish singer Frida Hyvönen’s record Until Death Comes, and a sentence that sums up her own book just as well: “These are the songs of a woman who values her liberty and knows her own worth, whether anybody else does or not.”