INTERVIEW: Peter and the Wolf

The Austin singer-songwriter Red Hunter talks to Splice about his new label, playing SXSW, and his upcoming album. 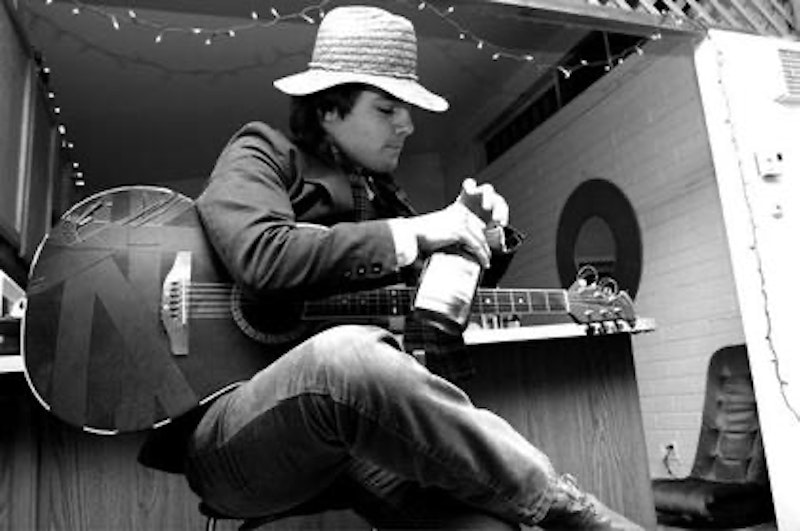 For the past few years, Austin-based musician Red Hunter has been recording experimental folk music under the name Peter and the Wolf. His first album, Lightness (2006), was released by The Workers Institute, the L.A. indie label that manages The Faint, The Album Leaf, and Margot and the Nuclear So & So's. But Hunter's insistence on self-releasing early demos and interviews soon convinced him to start his own label, Whiskey & Apples. The Ivori Palms (2007), further developed Peter and the Wolf's sound, with guest appearances by Bill Baird (formerly of Sound Team) and Dana Falconberry. Hunter is known for his eclectic instrumentation—there’s a Tuvan igil on "The Fall,” and an African kalimba on "The Bike of Jonas"—as well as his unusual concert venues: a graveyard, an abandoned bus, an uninhabited island (accessible only by canoe). Peter and the Wolf's third album is set to be released this fall. Splice recently conducted an email interview to catch up on the recording process and on the most recent tour.


SPLICE TODAY: How long have you been working on the new album? Tell us a little about it.

RED HUNTER: Well, three weeks officially. I'm just writing up here on this farm in Canada. There's an old church on the property (it belongs to my friend's uncle) that has good acoustics; it's gotta be 100 years old. So I'm trying out all kinds of new stuff here to see what works. I'm really influenced by these native dudes I met in Fiji who sang super mellow beach harmonies, so I guess it'll be some island jams.

ST: You recently returned from a European tour. How was it? How long were you over there?

RH: About a month. Had great shows in the UK, Paris, Ireland, and especially Germany. Berlin is cool, so is Ireland, actually it was all pretty rad. Castles and sheep and stuff.

ST: Tell us about one or two of your favorite shows while you were over there.

RH: Friends from Blogotheque organized a really nice little show in Paris; it was an RSVP-type thing with about 50 people in an apartment. Small shows are cool because the lyrics are actually being heard. But I drank way too much and was pretty incoherent by the time the night ended (although the performance went quite well, I believe) so when I woke up in a hotel in the red-light district the next morning I wasn't really sure how I got there for awhile. Let's see, another good one was in Berlin, good crowd, felt like I was being heard. We went for mad dancing afterwards at this ping-pong bar. They're so friendly with ping pong, they have a game where everyone who wants to can play, they walk in a circle around the table and gradually you get eliminated until it's just down to two people and then they battle. Berlin, man, what a bunch of swell kids.

ST: I saw a YouTube video of you playing "Where Summer Goes" at this year's SXSW. You have an interesting history with SXSW—playing in a graveyard and all that. Can you talk a little about that?

RH: Ha. Well, the graveyard thing was in 2005 and it was because we didn't get accepted. Peter and the Wolf didn't exist then, I'd just sent them a demo that wasn't so hot, really. So we did our own show in a graveyard, and almost nobody came. But the pictures survived and I think a lot of people liked the idea, so when we did similar shows in other weird locales, a lot of Austin people started wanting to come. It was cool.

ST: Your Blogotheque session with Sparrow House is still probably my favorite. How did that come about? How did you meet Jared Van Fleet?

RH: Yeah, we met just from playing shows around Austin, spent a lot of time talkin' about music and drinkin' and swimmin' and stuff. There were so many good musicians just hanging out at each other's shows like a couple years back and now they're all doing pretty well, it's kind of amazing.

ST: What have you been listening to lately?

RH: Oh yeah, there's all kinds of stuff I'm into right now: for dancing, there's Konono No. 1; for tricky rhythms, I'm into this Zakir Hussain & Ustad Alla Rakha collaboration; there's an amazing band in Austin called Belaire that I like to pick apart because they have intricate little songs; I dig the Western Vinyl releases of Dirty Projectors, especially The Glad Fact right now; Dave is just a natural at making records—I'm trying to take some time and get better at that myself. Hmm, what else, Possessed by Paul James is a really awesome writer that a lot of people might not have heard yet. Weird Weeds have a rad new record, too.

ST: Who are some of your favorite bands you've gotten to play shows with?

RH: So many! This past year or so, we performed so much that the only shows we got to see were the ones we were on, so it's pretty fortunate we got to play with folks like Possessed by Paul James, Sunset, Weird Weeds, Dodos, Sparrow House, Deer Tick, Castanets, Bowerbirds, White Denim, Phosphorescent, Grizzly Bear, hmm, who else? Cari from Belaire also has this other project called Fancy Feast that I like a lot, and the keyboard-genius-jam-band whose songs are all about foot fetishes: Foot Patrol.

ST: Tell us a little about the work of your record label, Whiskey and Apples.

RH: Well, until recently it's just been my website and the default name for whatever we do, but the next record is gonna be an official release on vinyl/cd in stores and stuff, so that'll be W&A's first true release.

ST: How do you write songs? What's the process for you?

RH: Actually I just try stuff out all day. Just sing whatever, play whatever, and keep the stuff that's fun.

ST: I have a cover of "My Girl" you did for Cloak and Dagger Radio Sessions back at the end of 2006. Any chance that'll be on the new album?

RH: Ha. I was merely tryin' to figure that song out right then while those dudes were gettin’ ready! I had no clue it was being immortalized. You're hearing the sound of my dumb ass hitting wrong chords, most likely.

ST: Can you talk a little about Dan Eldon. Why is he a hero of yours?

RH: That's a big can of worms, right there! Check out the book his mom put out, it contains all my answers, it's got a sorta cheezy title but his story is anything but: The Journey is the Destination.

ST: Thanks for taking the time to answer these questions. Also, I wanted to say thank you for a great show earlier this year at the Frisby House in Baltimore. I hope you make it back to Baltimore real soon.

RH: Oh, that's cool you were at the Frisby House show. That was a fun one