Instant Everyone, Constant No One

Either blow up tradition or hide behind it—otherwise you're just going to sound like Sonic Youth. 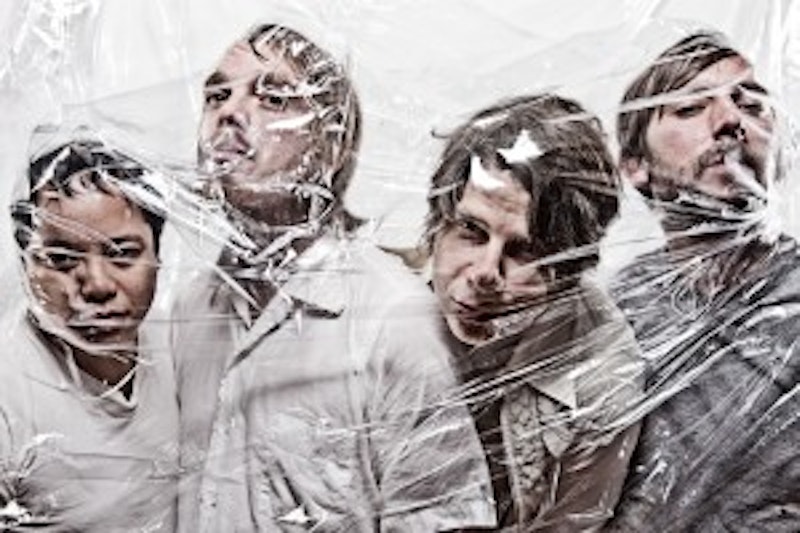 Untied States’ new album, Instant Everything, Constant Nothing, is a work of idiosyncratic genius; you can tell because it sounds just like all those other works of idiosyncratic genius. The first track, “Gorilla the Bull,” is so retro-avant-garde it’s hard to believe it’s not Sonic Youth. The guitars sound decades old, there are the I’m-an-art-student-but-I’m-going-to-be-a-rock-star-too vocals.

All right, all right, I’ll stop. Sneering is fun, but really, all these guys want to do is sound like Sonic Youth (one of my favorite bands, and while—slave of the zeitgeist that I am—my enthusiasm has faded a little, their classic albums remain classic). And if Untied States like Sonic Youth, and I like Sonic Youth, and large swaths of the public still like Sonic Youth, why shouldn’t there be more music in the vein of Sonic Youth?  Even Sonic Youth agrees: their last album, The Eternal, sounded like it could have been made by them any time in the last 15-25 years.

This logic works fine with, say, bluegrass, or the blues, or any number of kinds of folk music. If you’re working in a tradition, you don’t need to reinvent the genre every time you turn on your amp. Music doesn’t have to be about killing your idols; it can just as easily be about honoring your past through faithful repetition. Nobody sneers at Merle Haggard for sounding the same as he did decades ago, because that would be really dumb. I want Merle Haggard to keep on keeping on; I’d be extremely out of sorts if he decided to record an electronica album.

In contrast, the problem with rock in general, and with the artsy avant-rock epitomized by Sonic Youth in particular, is that the style, the attitude and the raison d’etre are all about exploding tradition, not nurturing it: weirdly tuned guitars, assaultive feedback, brainy songwriting and fuck-you swagger. While they had predecessors (everyone from the Stooges to Blondie to Fred Frith to the Velvet Underground) their attitude and mystique depended on putting these influences together in ways that sounded startling—turning no-wave into rock and vice versa.

But if you want to imitate Sonic Youth’s excitement and spirit, you can’t just play the same fractured chords. Instead, you need to do something that’s new right now, not something that was new then. Otherwise, you sound like Untied States—clueless desecration of the past you’re trying to honor. Instant Everything, Constant Nothing is so wrong-headed it comes across not as a tribute but as a Sonic Youth parody.

Then there’s the French band The Skaden. Mastermind Stefan Kozek, formerly known as Einskaden, isn’t an indie rock genius. Instead, his genre is black metal, one that is, in a lot of ways, more like bluegrass than like Sonic Youth. Metal is less interested in idiosyncrasies, and more interested in fulfilling traditions and genre conventions. So, when The Skaden starts out You’ll Hope I Died with the sounds of wind whistling, or when Kozek sings/growls in a guttural snarl, you don’t roll your eyes because he’s stupidly ripping off, say, Burzum or Emperor. Instead, you light a candle, because evil snarls and ambient wind whistling is why you put the thing in the CD player to begin with.

The fact that tradition is so important and that you are all on the same page means that it’s possible for The Skaden to be a lot weirder than Untied States—or even than Sonic Youth in its heyday. If Merle Haggard were to do an electronica album, it would be truly unexpected. The Skaden isn’t that out of left field, but it’s pretty thoroughly strange. A lot of the album sounds as much like shoegaze as black metal, with chiming indie rock guitars and even some gestures toward 70s rock radio. “A Peaceful Moment” starts out in a reflective vein that could almost be (of all things) Sonic Youth, with quasi-proggy drumming. Then someone picks up a fiddle and saws away on a jig for a while. The final track (the title of which is all in Japanese characters) is even more bizarre, starting off with surf guitars, moving through a horn interlude and ending with another prog section that could almost be King Crimson.

My point isn’t that The Skaden is original while Untied States is not. As the description above makes clear, I can pretty much figure out The Skaden’s influences, just as I can trace Untied States’ influences. Nor is The Skaden the only eclectic doomgazey band in France; I know Amesoeurs works this territory, too. But because metal has a formula, when The Skaden does something unexpected, it really seems unexpected; you’re not entirely sure what they’re trying for. I don’t know for sure how the guy behind The Skaden votes, or how he dresses. Listening to Untied States, on the other hand, their opinions and fashion sense both seem utterly transparent.

The difference is that metal is not obsessed with originality—instead, it’s a form, or a cloak that anyone can wear. That may seem stifling, but in fact it allows for a kind of privacy. To be entirely known is to be an object, not a human; individuality requires mystery. That’s part of what a tradition supplies; it’s because The Skaden is connected to a community that its music has breathing room to be bizarre. Untied States, on the other hand, is committed to “constant nothing,” which means it can’t use tradition or hide behind it. Instead it has to reinvent itself right out there in the open, over and over again—and every time it reinvents itself, it sounds like Sonic Youth. =