It's not that the Black Keys aren't making good music, it's just not the music I want them to make. 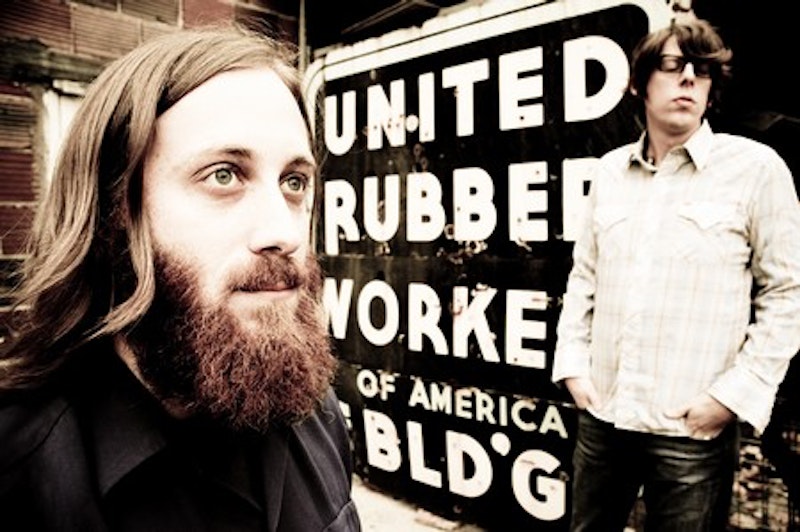 It’s not easy writing a 12-bar blues. The lyrics don’t have to be particularly coherent and plenty of classic tracks have a loose relationship with time signatures. It’s been said and written too many times that the blues are a feeling, an outreach from your soul. Great blues isn’t required to be these things—sometimes the blues only needs to rock the floorboards—but strength of authenticity, of expression, is always on the outskirts of the blues if not at the center.

I don’t write “authenticity” so as to frame the blues solely within the black experience. It cannot be overstated that the blues was born from this country’s greatest and self-inflicted tragedy of slavery, a tragedy with which I personally cannot identify. But great art, and the human experience of it, necessitates new contexts for expression. Authenticity isn’t limited to any one genre, either. It derives from the mystic chords of association, of believability, of soul—the syncopation of groove and emphasis, where you throw a “baby, please” at he end of a verse just so. It’s not racial; it’s not age-based.

A college girlfriend hipped me to the Black Keys via their cover of “Have Love Will Travel.” I didn’t particularly understand it at the time, other than that it’s as hard as track as they come, and I didn’t immediately believe her when she told me they were a duo. I’ve written about my own history with the blues—my own path to a sense of authenticity, sounding out a relationship with a storied genre of music without getting cornered by nostalgia or worse. The Black Keys were introduced to me at a time when the blues were wide open to me, where I discovered oceans of possibility in the five-note pentatonic scale. I was picking up what they were laying down: a swinging, rocking blues that knew when to slow down and take itself seriously and when to blow the grill off a tube amp.

“10 a.m. Automatic” was the break out single from Rubber Factory. That record possessed a different strain of swagger than the metal-infused Thickfreakness. “Hurt Like Mine,” off Thickfreakness, is pure and honest dirt, the kind of gritty blues you wouldn’t show your mom lest she think you’re consorting with the devil at pharm parties. Rubber Factory’s “Act Nice and Gentle” is the brother of “Hurt Like Mine,” except his shirt is tucked in and he takes off his hat when a woman is in the elevator.

By the time I had fully digested both Thickfreakness and Rubber Factory, I was more into the Black Keys than any other contemporary band since Wilco. Their understated follow up, Chulahoma, was a curveball for me. Writing for my student paper, I chickened out and gave it three out of a possible five stars, “the ultimate rating for a middle-of-the-road, could-have-been-great-but-just-didn't-have-enough-of-something kind of album.” I write, “chickened out” because that record did indeed floor me; but I was hardly a regular music critic and I wanted to check my enthusiasm.

Chulahoma is one of the best blues records of the past 10 years. A tribute to bluesman Junior Kimbrough, it consists of only six tracks and a voicemail message from Kimbrough’s widow thanking the band for the tribute. The tracks are loose, rambling—of the kind Kimbrough would appreciate, I believe; at times his music feels held together by Scotch tape yet, like I mentioned earlier, it doesn’t matter. In fact, that’s what makes the music what it is. I started writing this piece with the reissue of Kimbrough’s First Recordings (Fat Possum, 2009). Track one, side A is “Meet Me in the City,” a tender if up-tempo request. The version on Chulahoma is easily the record’s high-water mark, and it’s certainly filtered through the band’s style: it’s cleaned up, lyrically as well as compositionally, but oh god the carpets of tremolo and the way they echo the rippling summer airscape of brutal heat and gasoline fumes. Chulahoma’s authenticity is Junior Kimbraugh’s, but with a new lining. The blues stopped being new the moment man stood up in the cave and wondered why his mate, his companion or his offspring hadn’t come home yet, and the realization that he or she was never coming home.

Since Chulahoma, the Black Keys are making music that is, at best, a dim reflection of what made The Big Come Up, Thickfreakness, Rubber Factory and Chulahoma so damn good. I’ve been spinning Brothers non-stop for the past few weeks, and I’ve been trying to find comparisons—of groove, of feel, of melody—to Magic Potion, Attack & Release and frontman Dan Auerback’s solo record Keep It Hid, and I just can’t do it. I just never got into those records in same way I did with their first four. Brothers is an inoffensive record. It’s not overly careful; it’s comfortable. It’s not cheesy or sentimental; it’s sleepy. It’s complacent. And if that’s the kind of territory they’re going to continue to explore—Danger Mouse behind the glass paneling, synthesizers, Motown covers—then god speed. It doesn’t dial down their legitimacy—there are some fantastic tracks sprinkled across their past couple of records. They haven’t sold out or bought in or forgotten their roots. They’re still the Black Keys. Their music just isn’t that soulful anymore; it just isn’t as good as it once was.