"Hold My Hand" by Michael Jackson and Akon vs. "Stinky Stuff (Hold My Hand)" by Kimya Dawson. 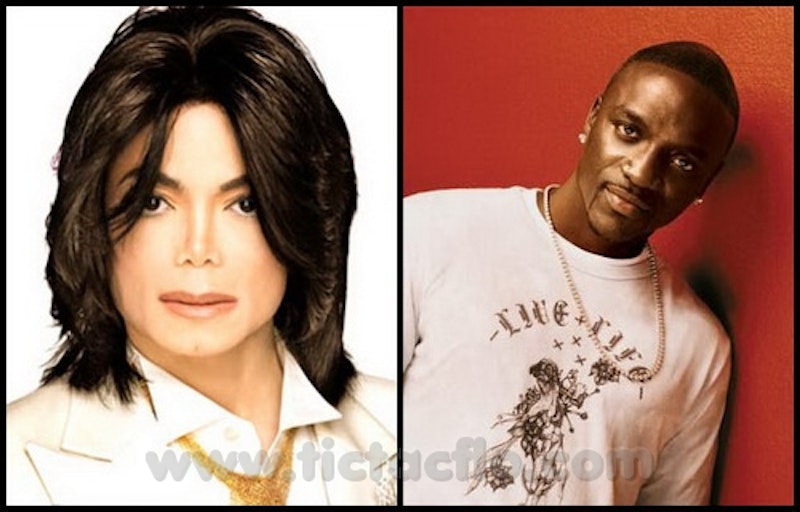 Michael Jackson: So tell me what we’re waiting for?

Akon: The nights are gettin' darker, and there's no peace inside. So why make our lives harder by fighting love tonight?

Dawson: Back pressed flat against the wall.

Jackson & Akon: But together. I can make it alright till the morning.

Jackson & Akon: You’ve been there before.

Dawson: And you'd rather be caught dead than be caught crying.

Jackson & Akon: Things will get better if you just hold my hand. I promise.

Dawson: Sometimes the world is dark and cold.

Jackson & Akon: When it gets dark and cold, we hold each other.

Dawson: Something is wrong; everything was okay.

Dawson: Outrageous. Refused to eat. Mentally delayed, and they lived in constant fear. So instead of getting help, they just pretended.

Jackson & Akon: You’re tired of being lonely; talk to me, and let me be your one and only.

Dawson: No, I wanna bash your head in with a crowbar. For a week.