Greatest Hits from the Promo Pile

Nurses, Travis deVries, and others lend a little color to a long-as-hell road trip. 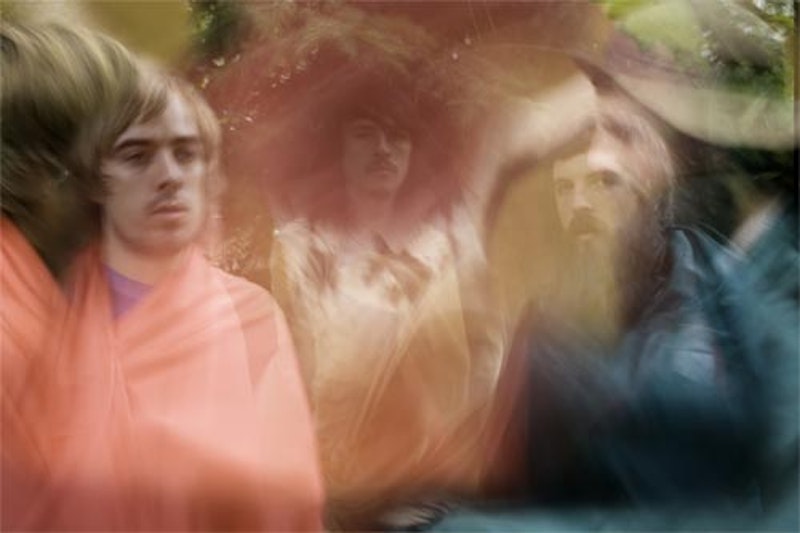 My recent cross-country road trip from Portland to Baltimore—3000 miles in five days—allowed me to finally deal with part of the endless stack of promo CDs that have piled up on my desk over the past couple of months. My apologies if I listened to your album somewhere between Nebraska and Wisconsin; my overwhelming hatred for the Midwest no doubt caused me to think your music is as shitty as our most corn-fed of states.

Nurses, Apple's Acre
Aaron Chapman, John Bowers, and James Mitchell are the three members of Portland's Nurses, a band that traffic in a kind of psych-pop electronica, oddly distinct from better known outfits like Of Montreal and The Flaming Lips. The band formed in 2004, releasing their first album, 2007's Hangin' Nothin' But Our Hands Down, to strong reviews not only from indie music blogs but also from MTV and AOL. Their follow-up album, Apple's Acre, released in early August on Dead Oceans, finds the band stretching the limits of a three-piece group, replacing the traditional guitar-bass-drums lineup for a collection of bizarre effects pedals, synthesizers, and samplers. It's kind of a kitchen-sink approach, and in the hands of less capable musicians would no doubt fall apart, but the whole thing comes off sounding like Grizzly Bear's basement tapes, which is just fine with me.

Lullwater, Forest for the Trees
This Athens, GA band has just released a five-song EP follow-up to 2008's Faithful Sinners. It's a pretty forgettable album, and I can't really blame you if the queasy any-alt/rock-FM-radio-song-ever opener "A Forgotten Name" is enough to turn you off immediately, but give Forest for the Trees a few listens and at least a couple of the songs will grow on you, specifically the more rootsy "Whatever Happened" and the accomplished "Alive," which allows guitarist Brett Strickland to show off on that new crunch distortion pedal of his. If they can stop listening to so much late-90s heavy-MTV-rotation blah-biddy-blah their next album might be worthwhile.

deVries, Death to God
A solid album from Travis DeVries, best known for his work with legendary Seattle band The Turn-Ons, a favorite of everyone from Ulrich Schnauss to REM's Peter Buck. DeVries, now living in NYC, has made an album that sounds like a Best Of collection from the Jesus and Mary Chain, which is fitting since The Turn-Ons played their farewell show with the Jesus and Mary Chain last spring. DeVries' intensely personal lyrics flirt with Elliott Smith-esque melancholy throughout ("People will always disappoint you/something you just never get used to/I try and I try but I can't help/I know I know I just can't help it") and mix with beautiful orchestration. "Out to Wastelands," with its slow synths and guitar lines and thumping bass, and "Darkest Summer," which sounds like the best song the Stone Roses never wrote, are two standouts here.

Globes on Remote, The Woo-Hoo-Hoo
Remember all those college nights that you thought, "I should really crack the books, get down to some work," but then just went over to your friend's apartment, dropped a bunch of E, and danced around while rubbing up on that hot girl from Psych. 101 whose name you still don't know? Uh, no. Me neither. Anyway, LA.'s Globes on Remote have made a first album full of nothing but dancy danciness—with slick DJ beats and bizarre Frank Zappa-like lyrics about flying through space and carny folk and so on. If you want a 2000s version of all your most beloved Tom Tom Club songs, this one's for you.