Bob Wills should be a jazz legend, but superficial criteria like instrumentation and audience have relegated him to the "country" ghetto. 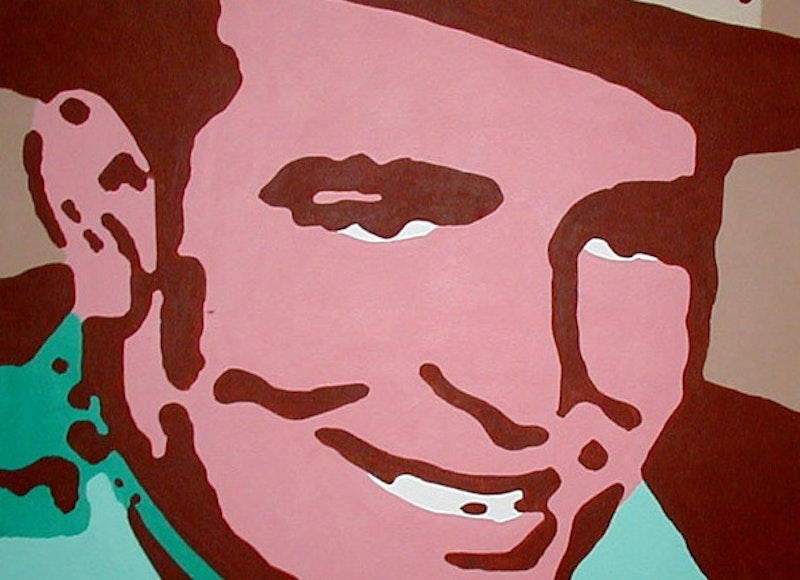 "I grew up on music that we called Western Swing/It don't matter who's in Austin, Bob Wills is still the king." That couplet, sung by Waylon Jennings to a screaming Texas crowd, was probably the first time I'd ever heard Bob Wills' name.

It isn't the first time I ever heard Western Swing, though, for the simple reason that Waylon's song has nothing to do with the genre. Instead, "Bob Wills Is Still the King" is, like most of Waylon's repertoire, an easy shoulder-shrugger, indebted to rock, blues, and perhaps rockabilly. It couldn't have less to do with Wills' music; indeed, listening to the song, you have to wonder if Waylon ever actually heard a Wills' track himself, or whether he just name-checked the guy because they're both from Texas.

Not that this is Waylon's fault, exactly. The fact that Bob Wills was ever considered country is one of the odder genre blips of American music. The truth is that in performance style, repertoire, and attitude, Bob Wills and his Texas Playboys were essentially a territory band—one of the traveling outfits that brought a rough and ready version of sophisticated city swing to the boondocks and backwaters. Wills' songs were based around swing rhythm, anchored by that un-country instrument, the drum, and they featured jazz soloing. Pianists like Millard Kelso and horn men like Alex Brashear might as well have been playing in a regular swing band, and at least one performer, reedist Ray DeGeer, came from Red Nichols to Wills, and left to perform with Charlie Barnet and Gene Krupa. Electric guitarist Bob Dunn's remarkable bent-note solos were heavily influenced by the trombone of Jack Teagarden. Electric guitarist Eldon Shamblin dryly noted that since he played country music all the time, he never listened to it in his free time. Instead, he listened to jazz.

In some more logical alternate reality, it wouldn't be Waylon crowning Wills, but somebody like Wynton Marsalis. In fact, some jazz greats have been Wills fans—Charlie Parker was supposed to be fond of the Texas Playboys. But sporadic interest never translated into actual notice, much less influence on the mainstream jazz tradition. Again, you can imagine a world where, say, "Faded Love" became a jazz standard, or where the fiddles and guitars so central to western swing bands moved on to take a greater role in mainstream jazz. Perhaps the western bop pioneered by Bob's brother Billy Jack could have developed as a viable jazz subgenre, rather than being what it was—a remarkable but stillborn aesthetic experiment.

None of that happened, obviously. Jazz and western swing were all but identical, but the "all but" ended up being more important than the "identical." Jazz was sold to urban, sophisticated, and often black listeners; western swing was sold to rural whites. It was the same music with different demographics—but those demographics made a huge difference, as Sam Philips and Elvis were to discover a decade or so down the road.

The point here isn't that Wills was ripping off Count Basie like Elvis ripped off Jackie Wilson. Rather, that "ripping off" doesn't really do justice to the pervasive way in which race and marketing have affected American music. Because the fact is that Bob Wills is different from Count Basie. He used different instruments, he played different songs, he didn't use the same musicians. (Segregation meant he couldn't have, even if he wanted to.) Those differences could have been less important than the similarities, but, because of history and marketing and race, they weren't. Similarly, Elvis is different from Jackie Wilson, and contemporary R&B is different from contemporary country. How music gets labeled affects who listens to it, who loves it, who uses it, and, thus, what it is.

Sometimes these labels are based on how the music sounds—but just as often it can work the other way around. Merle Haggard and George Strait probably in some sense owe as much to Frank Sinatra as to Wills, but it's Wills' songs that show up on their set lists. An oddball like Willie Nelson may shake up the game a little, but even he can't deny the logic altogether, which is why Stardust isn't called To Frankie From Willie. Categories have their own logic, and who you think you are is often more important than who you actually are—presuming you can even tell the difference. Waylon claims Bob Wills, so Bob Wills belongs to him, even if, by all rights, he should really belong to someone else-or, for that matter, to everybody.