We've been pretty interested in musicians' use of the Internet recently, so here's a few good places to get your dirt-cheap digital music. 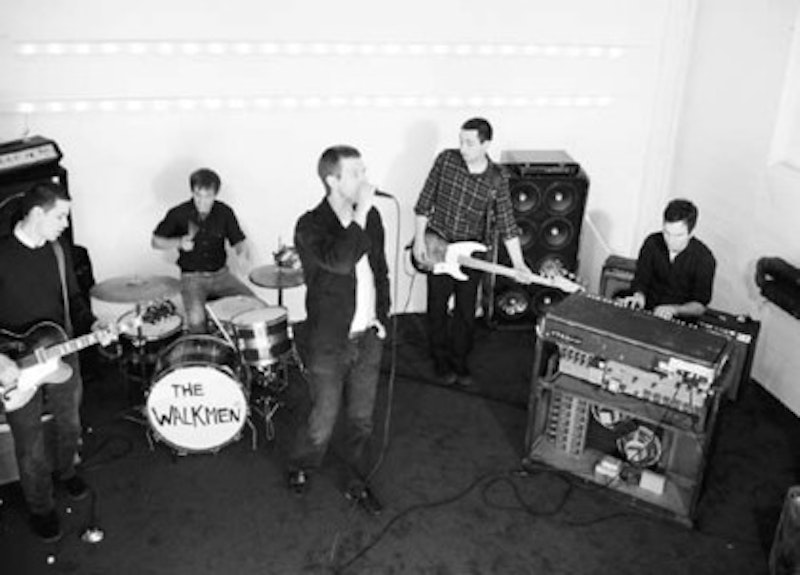 If for some reason you happen across the RIAA's website, you'll notice a small link with the heading "The CD: A Better Value Than Ever." It is a comparative study complete with bar graphs and statistics administered by, who else, but the RIAA. As if the Recording Industry's desperation wasn't transparent enough in the litter of lawsuits it has filed over the past five years, the need to write up a report on the great value of the compact disc is a pathetic addition, especially considering that there's no clear targeted audience for this thing aside from all those RIAA fanboys out there waiting impatiently for website updates. Thankfully most bands aren't taking this memo seriously. Selling music has become much more elaborate than simply shipping out compact discs to record stores. It's become a two-plane market. The digital landscape is the new frontier, and its increasingly prominent role in music sales has left the old standard physical disc in need of more incentives. Think of this as a voucher system for music marketing. In this new era of competitive distribution, no creative solution will be left behind.

Less than a year ago, we assumed that Radiohead's pay-what-you-want, digital self-release of In Rainbows would redefine the way bands sell music online. And while other artists, most notably Girl Talk, have followed in Radiohead's footsteps, it's clear now that we overlooked some other factors.

Factor #1: Novelty
Former Replacements frontman Paul Westerberg just recently released his seventh official solo album for a penny a minute. 49:00...Of Your Time/Life is a single track, clocking in at just under 44 minutes, with Westerberg playing all of the instruments. It seems ridiculous at first that Westerberg and his management would follow through on a joke and sell a new album for less than a novelty penny. But, there is a surprising degree of practicality involved. First, Westerberg establishes an exclusive offer with Amazon.com to sell the product, which boosts both the artist's profile and the distributor's burgeoning role in digital music sales. More importantly though is the way in which Westerberg combats illegal downloading, by asking the question, "Are you really too cheap to shell out 50 cents???!!!"

Factor #2: Charity
With the release of its newest album You and Me, The Walkmen hope to tug on the sentimental strings of the consumer by selling the album in advance as a benefit to the Memorial Sloan-Kettering Cancer Center. You can purchase the album directly from them for only 5 dollars or else risk being a heartless asshole. Again, here we have another strategy to combat illegal downloading by turning it into a moral issue. Wait is stealing a moral issue?

Factor #3: Fuck it, Just give it away for free (sometimes as a limited offer)
You know what's more shocking than giving the listener the option to pay what they want to pay? Not letting them pay anything. Mixtapes have always played a role in hip-hop culture—helping to establish new producers, new MCs, and giving to the people in a Robin Hood sort of way. Now even more mainstream, mixtapes are turning into the foundation of many artists' careers. Is there anything else to say about how instrumental free online releases have been in cultivating the celebrity status of Lil Wayne? Partially thanks to Weezy's success, other artists have followed suit—some (Young Jeezy) to work in tandem with proper releases and others (Wale) to create a name for themselves. Free downloads are also great for supergroups. Who would have thought that a MIA and Santogold collaboration would make no money? Well, when their dreamteam Top Ranking mixtape dropped just weeks ago, it came with a price tag of absolutely nothing. But like the McRib sandwich, it was a limited offer. Hell, even Trent Reznor embraces a free music dogma, although more as a result of his uncomfortably bitter relationship with Interscope Records.

With all these gimmicks and creative concepts tied to digital downloads, is there anything exciting anymore about a plain old compact disc? Bands have tried various efforts in the past to spice up the simple packaging of a plastic snapcase and smooth disc. Remember back when The Flaming Lips released their four-disc, juxtaposed surround sound, play-on-four-different-stereos-at-once album Zaireeka? It was essentially like lining up Pink Floyd and The Wizard of Oz but instead of it being a wondrously great coincidence, it was purposefully made to be a pain in the ass. In just a matter of weeks, you can buy the Madlib, MF Doom sequel to Madvillainy. The "box," as it's called, comes with a t-shirt, a cassette, and a comic book. The whole package comes to $125, only slightly more than the average CD price of $16.98.