From Kind of Blue to "WAP"

Jazz forgot about the audience, but hip-hop gives them everything they want. 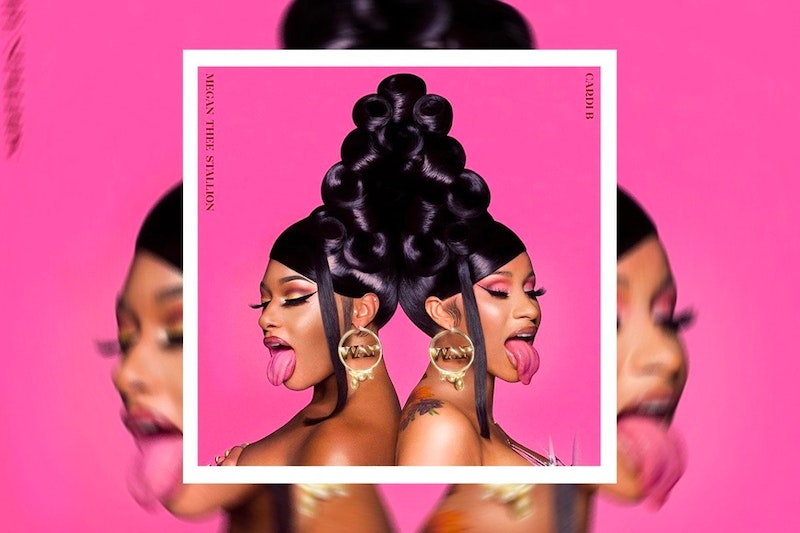 Recently, I watched Netflix documentaries on John Coltrane (Chasing the Trane) and Miles Davis (Birth of the Cool) back-to-back. It made me want to time-travel to the 1950s and see those jazz giants at a place like New York City's legendary Café Bohemia. Perhaps I could even see them on the same stage, as Coltrane did a couple of stints in Miles Davis's band.

That was the heyday of jazz. Davis and Coltrane were superstars in their field—visionaries who were never satisfied with what they'd done yesterday. Today, few Americans could name even one contemporary jazz star. As a commercial musical genre, jazz has faded into oblivion, which is American culture's loss. One of this nation's great contributions to the world—an art form that owes its existence to black Americans—is like a museum piece now; a faded memory of the past. Davis played the Giants Stadium in 1986, which is hard to imagine at this point.

What are we left with that's making headlines and shaking up the culture? The latest sensation is "WAP," a sexually explicit new single from rappers Cardi B and Megan Thee Stallion that recently racked up over 26 million views in its first 24 hours on YouTube. Conservatives such as Ben Shapiro had their feathers ruffled over the rap song's lewd lyrics. In what is certainly a musical first, gynecologists even weighed in to defend as normal some of the exaggerated anatomical functions detailed in the song, as Shapiro had suggested that they were indicative of a medical condition. His wife, a doctor, gave a detailed diagnosis.

"WAP," which relies heavily on the visuals of the video, didn't offend me—it was boring. Listening to dirty talk set to a bass line, a sample, and a beat, which is little more than a gimmick designed for commercial success, gives me no thrills. It's the musical equivalent of a mediocre action film. Your eyes glaze over after the 20th spectacular car crash in the first five minutes.

I've listened to Kind of Blue, Miles Davis' mid-tempo, modal masterpiece, hundreds of times and it feels fresh every single time. The critical reaction to "WAP" suggests that listeners should have the same experience, but I can't find enough substance to sustain it anywhere near that level. "Vocal exuberance," which the critics are raving about, only counts for so much. The critics are raving over "WAP"—just like their predecessors once did for Kind of Blue and Coltrane's tour de force, A Love Supreme—but they’re far less demanding than were the prominent jazz reviewers who once helped shape the genre.

Complex, a music and pop culture website, called "WAP"  "important," and the "epitome of female empowerment." The Chicago Tribune called it a "sex-positive triumph" and a "piece of art.” Teen Vogue declared that it shows how afraid men are of women's sexuality. The word "jingoistic" comes to mind, as if a "review generator" had produced the copy. Today's music critics have it easy. What they're doing is the equivalent of "clapter," which is when the audience expresses its approval of a comedian by clapping instead of laughing. You're not funny but we're with you on the right side of history. Those who disagree are labeled prudes or privileged. It's a formulaic approach.

Jazz critics have never had that luxury. They haven't been able to look for the right messages in the lyrics, and then proceed accordingly. With no lyrics to tell them whether the music is "good" or "bad," they must rely on their musical knowledge to form a coherent critique that's not a knee-jerk political reaction. That takes hard work and talent.

If you want to sling around a word like "important" when describing a piece of music, caution's advised. You can come off sounding fatuous like Complex did in describing some prurient pop fluff like that. Kind of Blue, released in 1959, featured seven legendary musicians at the peak of their careers, including Coltrane on tenor sax. They improvised the entire album. Gregg Allman of the Allman Brothers Band said that Kind of Blue and Coltrane’s famous version of "My Favorite Things" were both band favorites. You can hear Kind of Blue's influence in, for example, the song "Dreams"—off of their eponymous 1969 debut album—with its trance-like quality and drum part derived from "All Blues," one of the tracks on the album. What influence will "WAP" have beyond one niche of hip-hop?

Jazz was once the epitome of sophistication, but jazz stopped being cool a long time ago. Rock music pushed it off the stage in the 1960s, and by the time hip-hop arrived in the 1980s jazz was something your parents listened to.

After World War II, jazz became more introspective and too complex for many fans to appreciate. It moved in the direction of inaccessible art music. Discordant, atonal, arhythmic and experimental sounds entered the genre. Western music has only 12 tones to combine. There are a limited number of combinations, and the general audience only embraces a few of them. Bebop and other modern jazz went out of people's comfort zone. The music sounded disturbing and hard to process, so they looked elsewhere.

Jazz left its audience behind, but Cardi B certainly hasn't. She's learned that attitude and swagger is what really counts for mega success, and she gives her audience exactly what they want. She has a big advantage that jazz musicians have never enjoyed—as long as she strikes the right tone all the critics have her back. Mikael Wood, in his Los Angeles Times review, wrote, "’WAP’" could be a terrible song and I'd still cheer the fact of its existence." It would be hard to find a more embarrassing, unprofessional quote from a music critic at a major newspaper than that, but he's just saying what his fellow cheerleading critics leave unsaid.