Five Songs You Need In Your Life Right Now

The Dirty Projectors, Solange, and more. 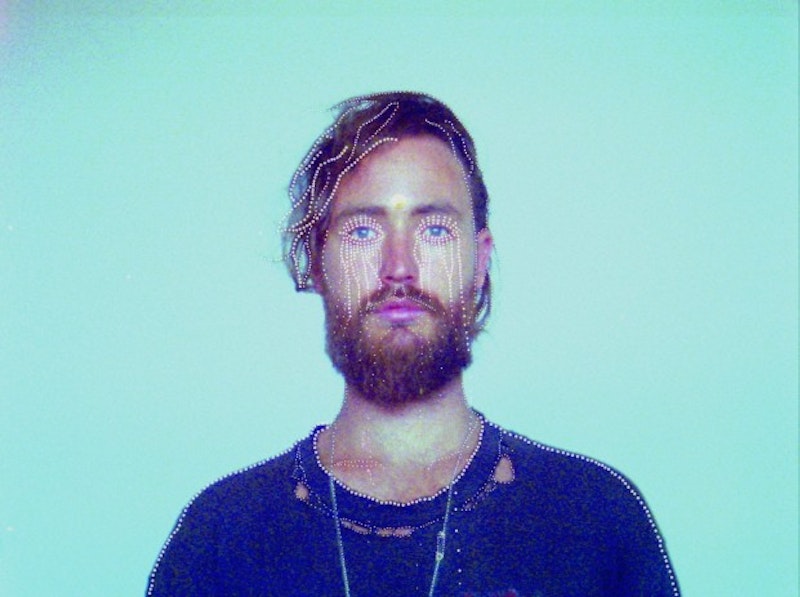 I miss the days of rolling to the record store and taking around 20 CDs to the listening station to see which two I’d spend my allowance on. Sometimes you’d scan a CD and the “computer” didn’t have any record of it, especially if it was obscure, which meant, fuck, you either miss out on an album that might change your life or pay the $18.99 for a CD that could be terrible. Either way, going to the music shop and taking CDs to a listening station was such a ritual for folks like me who grew up in the '90s and early '00s, in the days before Spotify.

We may not have listening stations anymore but we do have lists, my queens! Here are five brand new to relatively new tracks that are definitely worth a listen. Don’t ask me how many times I’ve played “Only” by RY X—it’s embarrassing.

Few things are certain in life, but here’s something that is: if you’re a boy I like and I give you a mixtape, which is something I do when I really like you, it’s going to have the Dirty Projectors on it. And that means you better like the Projectors or we have no future together. There are so many bands that framed my Brooklyn-Williamsburg-L Train-early-00s-indie-kooky-glasses heydays that I don’t really listen to anymore, or at least not their new stuff. The Dirty Projectors, though, will always have a place in my heart. I saw them play Carnegie Hall! On February 24th the Projectors will release a new self-titled album, their seventh, but David Longstreth and Co. are already giving us a taste of what’s to come with “Cool Your Heart feat. D∆WN,” a new single co-written by Longstreth and Solange that shows how the band’s sound has evolved since 2012’s Swing Lo Magellan.

I don’t know what it is that draws me into dark music so much, but the stuff really takes me there emotionally. It’s not that I don’t love camp and sequins and wigs and a bedazzled pump—you know I do!—but I’m just as if not more turned on by its opposite: total darkness. Dark harmonies, huge basslines. But it’s not enough for it to be dark. It should be sleek, too—moody. That’s where English producer SOHN comes in, even though not all his tracks are dark. “Hard Liquor,” a single from his new record Rennen, out now on 4AD, is a song about hard liquor and maybe the bottle over your partner. Pretty dark! The track is great because it displays his production chops as well as his trademark sound of electronica meets new R&B.

Solange, “Cranes in the Sky”

If you haven’t already been playing Solange’s A Seat at the Table on repeat every single day since it dropped, girl you’ve been listening to all the wrong music! If you’re a black person, A Seat at the Table is the album you didn’t even know you needed, especially since there is actual shit on the fan right now. With “Cranes in the Sky,” a sparse soul ballad written by Solange and Raphael Saadiq, we hear what it’s like to distract ourselves from the pain we’re feeling. Already one of her most iconic tracks, sort of like Sade and “No Ordinary Love,” which makes sense because Solange is basically Sade for Millennials, “Cranes in the Sky” is as visually and sonically stylish as it is important.

This track is experimental, fast, and in your face, a marriage of Paul White’s frantic drums and Danny Brown’s loud, rapid spitfire. Accelerator is the title of a brand new EP from Brown and British producer Paul White, out February 10th.

I love when friends share music together. "Have you heard of _____? No? What about _____? What! They’re so good!" You swap USB sticks or I guess Spotify playlists and explore your new favorite artist’s catalogue and you suddenly fall in love. That was me with RY X, a Berlin-based/Australian/former surfer who makes some of the most emotional music I’ve ever heard. How did it take me so long to find him! Thanks, friend who introduced me to him! Drawing on strings, intense harmonies, and big walls of sound, RY X is an artist who’ll get you through all your sad emotions. I’ve been crying ever since I first pressed play, and I love it.