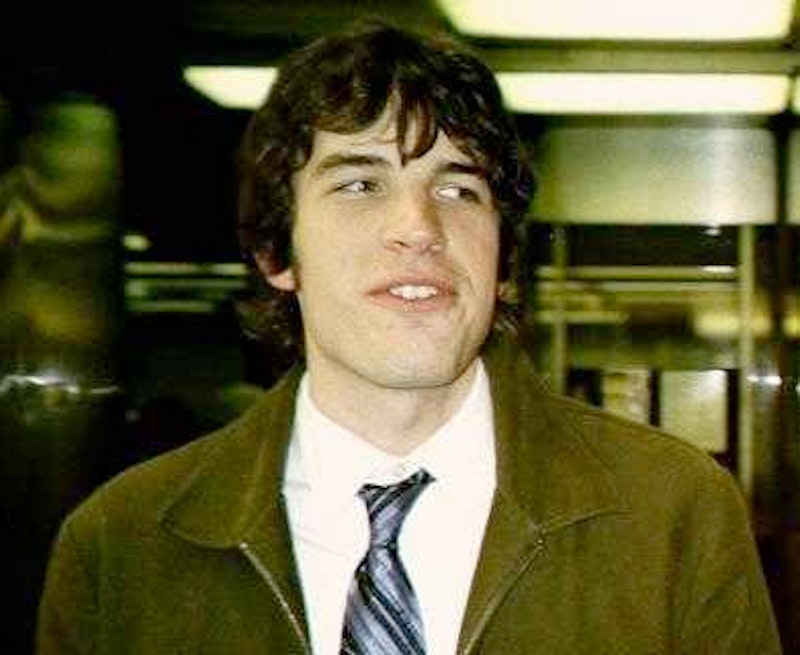 New York based singer-songwriter Luke Cissell’s debut refuses to settle into a particular genre. It opens with a few bars of Segovia-esque classical guitar and then embarks on a tour that partakes of the lushness of The Moody Blues or The Smashing Pumpkins, pays surprisingly gloomy homage to The Beach Boys, verges into the plangency of The Indigo Girls (or, and I mean this as a compliment, Sarah McLachlan), occasionally reaches the bittersweet lyrical urgency of Aimee Mann, and also makes time for two surprisingly powerful instrumental cuts and a diverting (though not wholly successful) foray into roadhouse blues.

Despite the album plethora of influences, daring is a better word than incoherent as an overall qualifier. So what if Cissell roams freely through mood and genre, especially when he does it so well? Even so, Cissell’s cutting, occasionally despairing voice and instrumentation knit together the wildly differing tracks. Cissell relies on slightly folksy guitar for most of the tracks, which (despite my above comments) gives the album a unifying folk-rock tone, like Elliott Smith without Smith’s frantic bitterness. But Cissell also plays violin, or fiddle; his PR document mentions that he won the Indiana State Fiddling Championship at eight years old. He brings violin into nearly every song on the album, adding a poignant urgency to otherwise Spartan tracks like the Beck-influenced “Miracle Year” and the sprawling “Fool to Hide.”

The country-influenced “Dirty Job” allows Cissell to show his superb fiddle chops and turn his voice to a brimstone-tinged, pessimistic ballad; he dips into country but refuses to commit to its clichés. Usually I dread instrumental tracks on rock albums, but I really enjoyed Cissell’s two wordless outings—again, his amazing fiddling takes center stage on the propulsive “Geryon,” and “What the Shades Say” brings a little mystery and some challenging, contemporary classical influenced violin to a dreamy, minimalist piece.

The album’s lyrics are mostly rather simple and direct, hewing to uncomplicated rhyme schemes and heartfelt rock‘n’roll pleas for honesty and intimacy. Cissell is sly, though, and he’s slipped in more than a few rather literary lines. Classical allusions abound: Endymion, the horses of Diomedes. He names one of his instrumental tracks “Geryon,” a reference that I had to look up.

Occasionally Cissell’s ambition gets the better of him, as on “Eat You Alive Blues,” a hard-edged departure from the rest of the album’s moody introspection. Cissell sounds a little strange drawling out a traditional 12-bar blues, but this reaction may derive from the shock of coming upon this track amid the album’s softer offerings.

Cissell explores a number of voices and proves himself more than capable in all of them, but he never goes for the jugular or really savages any one particular mood or mode. For now we have the pleasure of listening to a talented musician try on a number of different styles, developing a distinctive voice without tying himself down.