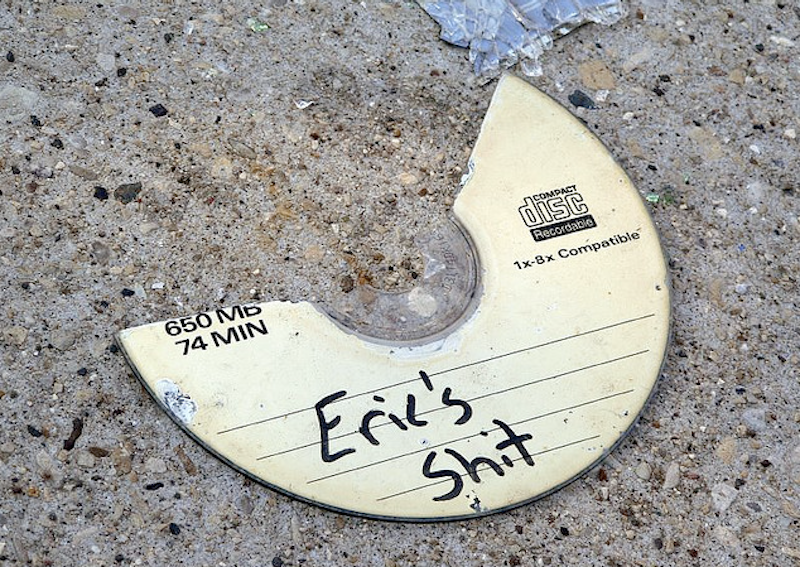 As the year ends, Jake Brown at Glorious Noise is talking record sales, which fell 13 percent from last year, with only 319 million albums sold in 2010. For those who aren’t too good at math, that’s down from 366 million in 2009, which, oddly enough, was 13 percent lower than 2008 (roughly 428 million). In fact, 2010 had the two lowest sales weeks on record, at least the lowest since Nielsen Soundscan started tracking all this stuff back in 1991. Check out this chart of decline throughout the 2000s, and you’ll understand just how fucked the major labels are.

A couple weeks ago, BPI estimated that there were about 1.2 billion illegal downloads in the UK in 2010: three-fourths of all downloaded music was illegally downloaded, and again, that’s just the UK. To quote ArsTechnica’s write-up:

This is despite 67 legal music services available to UK citizens, which BPI says have helped expand the music market during the course of the year. The sale of digital singles is expected to hit 160 million by the end of 2010, up from 149.7 million in 2009. The same goes for albums, which are expected to increase from 16.1 million in 2009 to 21 million in 2010.

Still, "[T]his growth is a fraction of what it ought to be," BPI CEO Geoff Taylor said in a statement. "Illegal downloading continues to rise in the UK. It is a parasite that threatens to deprive a generation of talented young people of their chance to make a career in music, and is holding back investment in the fledgling digital entertainment sector."
Forgive me if I don’t think BPI’s concern for the music-makers of tomorrow is all that genuine: they’re a company like any other, their concern is profit margins, and frankly I’d like to know what Taylor’s annual salary is. To hell with BPI and the major labels for talking like they care about the music they’re putting out: they care about sales, that’s it. They own the music, they’ll sell it to any company that’ll pay for it, the bands’ll make almost nothing, and all the while the major labels still operate like the internet was never invented. Whenever I hear someone like Taylor complaining about losses I think of what Trent Reznor said about his contract with Universal:

One of the biggest wake-up calls of my career was when I saw a record contract. I said, “Wait—you sell it for $18.98 and I make 80 cents? And I have to pay you back the money you lent me to make it and then you own it? Who the f**k made that rule? Oh! The record labels made it because artists are dumb and they'll sign anything”...
Still, illegal downloading is only part of a wider shift in how fans consume music. No one really wants an album anymore; they want the single they heard on the radio; they want track four that played at the end of last night’s episode of Mad Men or The Office. And for 99 cents they can have it, if they want to pay iTunes or Amazon for the convenience.

I do nearly all of my music listening at home or at the office. Why would I buy an album when I can sign up for Rhapsody for $10 or $15 a month, and have unlimited access to everything I want? Why would I buy an album when I can download three or four of the songs on music blogs and find the other three or four on YouTube or some other site? I guarantee you I can find any song you want to hear with a 10-second Google search and I’m not talking about BitTorrent or any other illegal downloading site. A major label exec complaining about illegal downloads in 2010 is as quaint and anachronistic as a movie producer complaining about VCR home recordings. There’s no putting any of this stuff back in the box.

So Reznor is right. And the success of a band like Clap Your Hands Say Yeah or sites like Bandcamp or the Radiohead In Rainbows pay-what-you-want experiment is just the start and I guarantee you all of us, fans and bands alike, will be better off for it.