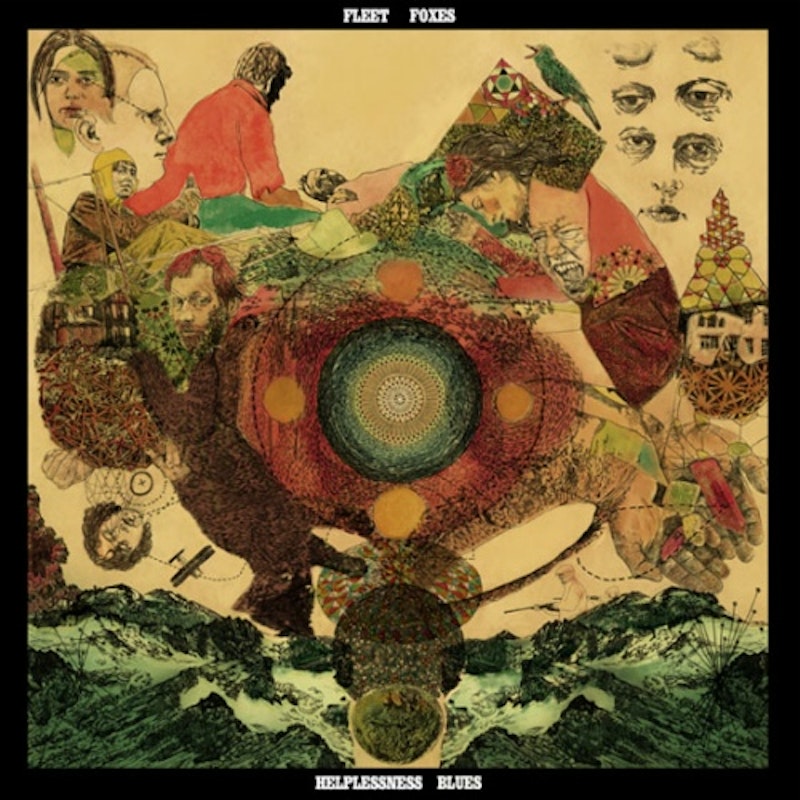 The Fleet Foxes come from a long tradition of pop cleaning up folk sources. Indeed, the tradition is so long that it’s sometimes hard to figure out where the pop starts and the folk ends. Was educated song collector Bascom Lamar Lunsford an avatar of authenticity or was he a prototype Joan Baez? Was he already, way back there in rural North Carolina in the 20s, repackaging the real folk music for a broader audience? Was he the thing itself, in all its atavistic glory, or the thing as fetish, imitating itself for the prurient delight of those who, lacking their own, desire someone else’s thing to polish?

There’s no way to tell. Once you’re in the market, everything’s fungible. Dock Boggs is an exact totemic replica of himself as surely as Bob Dylan is an exact totemic replica of his own status as totemic replica. Everyone stands in for his or her own authenticity and for the distance from authenticity which follows when you stand over there beside yourself. At some point—and by “at some point” I mean “immediately”—that distance itself becomes a tradable token, a fetish of a fetish. To be a genius with an authentic connection to the spirit of Americana, you should not sound like Dock Boggs. Rather, you should fail to sound like Simon and Garfunkel failing to sound like Bob Dylan failing to sound like Dock Boggs. Seamless is the new ragged because seamless was the old ragged. And the folk music of late capitalism is pop.

The Fleet Foxes know this if anyone does, and they’re not shy about tipping their flagrantly uncalloused hands. The song “Lorelai” is a tribute to “Fourth Time Around,” Bob Dylan’s snipe at the Beatle’s “Norwegian Wood,” which was itself a tribute to Dylan. “Everything’s stolen or borrowed,” Robin Pecknold sings with just a hint of a nasal tic to remind you of Dylan’s mannered vocals, as the background harmonizers lilts in rapturous layers of pristine production to remind you of the sparse harmonies of John and Paul. The Foxes even include an odd, swirling out-of-time break, as if they lost their sitar and were forced, on the fly, to substitute genius arrangements and a state-of-the-art studio. “I was old news to you then/Old news, old news to you then,” Pecknold repeats on the chorus. Old news is good news, especially when it’s new and shiny and on the web.

The constant presence of a lovingly purified and therefore ceaselessly inaccessible past is where folk-pop has traditionally gotten its emotional resonance. That catch in Emmylou Harris’ voice is a plangent lament for the fact that she’s not Sara Carter; the ache in Paul Simon’s songs is a plangent lament for the fact that he’s not African, or Brazilian, or something more interesting than a New York Jew. To listen to Graceland is to hear the sound of a contortionist privilege crawling weeping into its own fragrantly thick shithead. “And yet,” as James Baldwin said of Jack Kerouac, “there is real pain in it, and real loss, however thin; and it is thin, like soup too long diluted.”

You’d think the past-obsessed Fleet Foxes would have that thin tang of longing as well. But no. When they do the CSN song suite thing on “The Shrine/An Argument,” for example, you don’t get the sense that they wish they were CSN. On the contrary, they’re thrilled to be imitating CSN—so much so that you get the sense that to them imitating is better than being the real thing.
They’re right. Everything’s an imitation, and the trick is to make the imitation less and less real and more and more pristinely perfect, until even the free jazz squawking dissonance on “The Shrine/An Argument” sounds like part of a Phil Spector master plan. The Foxes’ self-conscious celebration of their role as unblemished facsimiles of themselves is certainly exhilarating in parts. Over the course of the whole album, though, it gets a little claustrophobic. There’s something disturbing about listening to a band so enthusiastically celebrate the fact that it has no soul.