The 22 year-old Liverpudlian's self-titled debut was the most overlooked record of the year. (Grade: A) 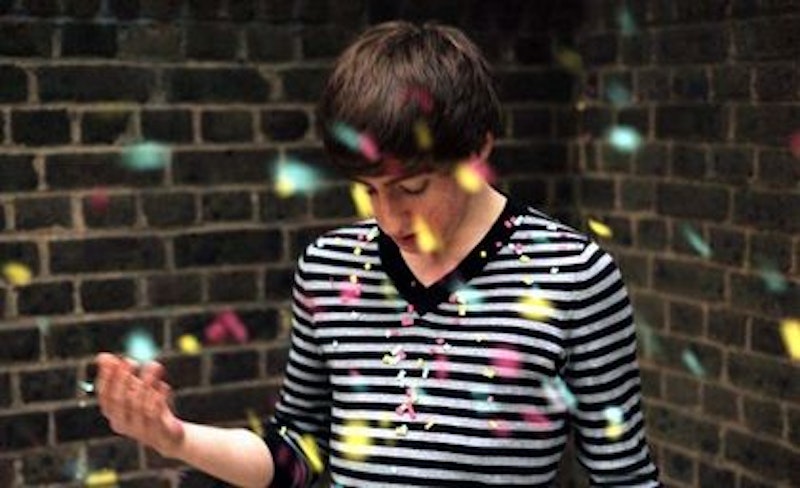 An album which impressed me in 2008 was, as far as I know, on zero end of the year lists. But a spanking of music bloggers aside, I realized this album simply needed a good ol’ fist-in-the-air boost. Eugene McGuinness, a 22-year-old singer/songwriter based in Liverpool, released his self-titled debut in mid-October on Domino Records.

What stand out on Eugene McGuinness are the arrangements—they’re straight up nasty, and glue this album together. McGuinness’ songs glide between tropicalia- and dancehall-tinged bombast, delicately crooned, theatrically sweet 30s jazz, bottomed-out honky tonk, and chanting, Elvis Costello-like vocals spat with maximum sarcasm and vitriol. Other artists, for comparable pastiche, would be heavyweights like Queen, Beck, or Bowie, but McGuinness’ hodgepodge is more streamlined and tame. The underlying statement of his music lies not so much in the theatricality of extreme transitions, as in the ultimately smooth, almost humble manner in which showy ideas coalesce. His wild mixtures shift gears rapidly, yet it’s always effortless, it’s never in a manner unbecoming of an English gentleman.

There is something miniature and slightly precious about the album and its fresh-faced composer, and perhaps it was because of this lack of ringing, home-on-the-range openness and rough-edged grit that his album got overlooked in 2008. In expressing disdain for the label “singer/songwriter,” McGuiness stated that it “conjures up images of… a cowboy and a hat and an acoustic guitar.” And that’s exactly it: his kooky yet childlike music didn’t really reach the spotlight, obscured by the beards of Sub Pop and the alt-folk scene, and bumped off the stage by more rowdy and drunk Brit rockers.

Through intricacy and poppy coquettishness, Eugene McGuinness dotes on little things and small stories: idiosyncratic, oddly circuitous illuminations of the tiniest, most intra-personal of processes and characteristics. But where idiosyncrasy in a rookie-songster may come across as slightly cumbersome or forced, in McGuinness’ music it works to reveal a precocious confidence and the promise of further development. Amid the percussive piano and the jaunty scratch of “Not So Academic,” McGuinness croons with kooky wit: “And lately I just day dream/a social outcast in my tower/If only all men had the courage/they too could be cowards/they could feel their souls/swell through their brains/and spit tears out their eyes/again and again when they hit the refrain/but Mother/I’m not so academic.”

McGuinness seems to have found an attention-grabbing, trapeze-act-like balance right on the border between the flamboyant and kitschy. Many of the most seasoned songwriters cannot avoid slipping into a clichéd quagmire, but McGuinness stays clear and clean, the starched-white glean of his fencing attire remaining unblemished.