Ease on Down the Road

Common Market's Tobacco Road may be the hip-hop album of the year. 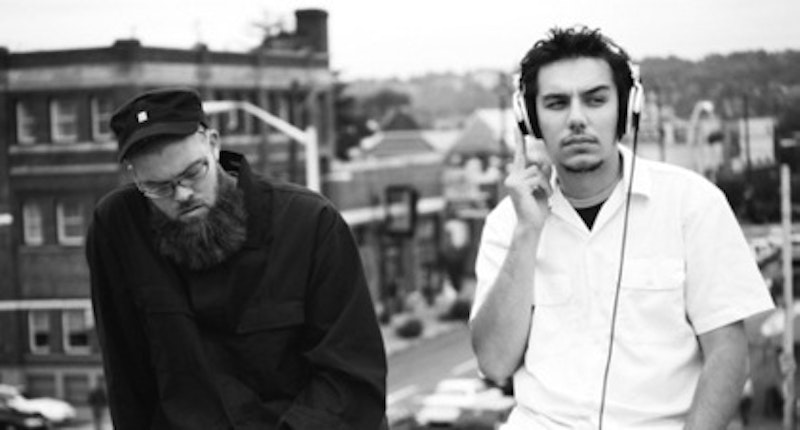 How highly can one legitimately praise an album within a week of first hearing it? How about a month? Three? Should the four stars you gave to Audible Doctor’s masterpiece Brownies really count the same as the four stars Innervisions has justified over the past 35 years? Who hasn’t had to suffer through the awkward silence that comes after a friend compares some recent piece of pop-culture ephemera with What’s Going On or Abbey Road? “Uhh… Hey buddy, we all love Modest Mouse, but let’s wait another eight hours before we equate The Moon & Antarctica with one of the seminal musical creations of Western Civilization.” More honestly, who could not admit to having privileged some minor work with praise wildly incommensurate to what you later realized its worth to be? Without the benefit of time, to what extent must one qualify one’s laudation of anything?

I don’t know the answer to these epistemic quandaries. What I do know is this: Tobacco Road by the Seattle-based duo Common Market is straight flame, proper heat—like, you could sear a cut of meat over it, or throw it in a trash can and warm your hands over it on a winter night. Six months’ time may dim its luster (particularly as I can see this album gaining the sort of ubiquity which renders any musical creation trite as a McDonald’s jingle) but for the moment I can honestly attest to enjoying this LP as much as anything I’ve heard this year. Its release either announces a serious talent onto the scene or marks the sort of high-watermark which a group never gets beyond.

Tobacco Road is the type of high-minded concept album that generally doesn’t work. A reflection on MC RA Scion’s upbringing in the deep south, how it forged him and his struggles to escape it, Tobacco Road is sort of Illmatic by way of Neil Young. What would, in lesser hands, feel unctuous and affected, is here somehow very much better than it has any right to be—enduring and potent, wide in scope and authentic in feel.

The excellence of RA Scion’s cadence is consistently astonishing, particularly given the complexity of his lyrics. Unlike many socially conscious rappers, Scion isn’t so enthralled by his own rhymes that he insists upon an artificially exact diction. An MC in the Kool G Rap/R.A. Da Rugged Man/Big Pun mold, Scion is adept at the rapid-fire delivery one rarely encounters twinned with meaningful commentary. It will likely take listeners several spins before the depth and quality of his lines reveal themselves, particularly as Scion generally eschews choruses of any kind, relying on his impressive verbal abilities to carry through two-four minutes of straight verse. But repeated listens reveal a poetic sensitivity that is at once provocative without being pretentious, personal without being self-indulgent. On songs like “Swell,” “Certitude” and the final, magnificent titular track Scion establishes a flow that will have you meditating on family, history and faith while frantically bobbing your head to his enthralling rhythm.

The production is similarly on-point, with beat manufacturer Sabzi cooking up a slew of breaks providing a faultless counterpart to Scion’s flow. Perhaps not since Buckshot and 9th Wonder’s release The Formula earlier this year have I heard a producer and MC so well matched to each other’s style. Sabzi’s arrangements are subtle but evocative, relying less on catchy hooks than carefully crafted melodies. On track after track, they compliment Scion’s lyrical complexity and driving style without overpowering it.

In short, this is a straight banger, and any head worthy of the name ought to make a point of copping it. The pair is set to go on tour with underground veterans People Under the Stairs, and that along with a recent mention in Spin ought to go some way towards bringing these two into the forefront of the West coast scene. Get up on it now, and enjoy spending sleepless nights debating its place in your hierarchy of top LPs.