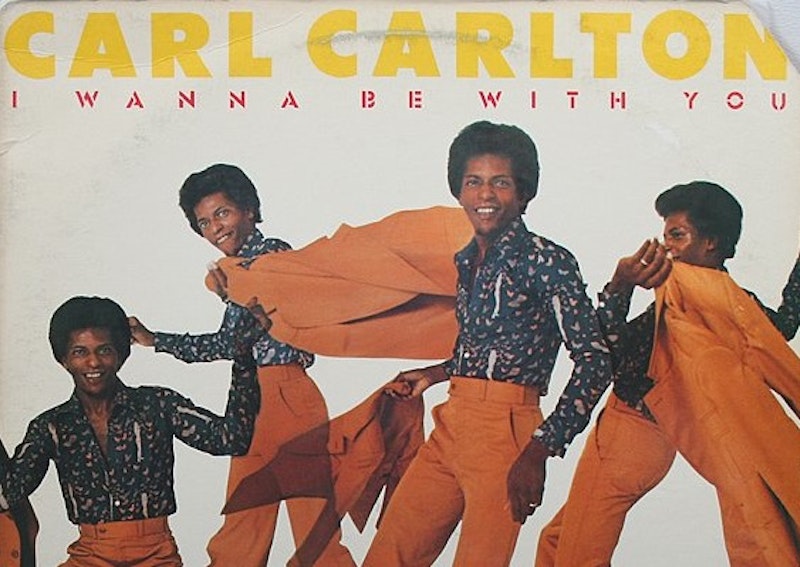 Give Me Your Love

How many articles on the merits of disco can any self-respecting music lover tolerate? I’d say probably two or three, which means that Splice is almost at its max. Good disco is a balancing act. The inherent cheesiness has to be offset by a danceable beat, nuanced musical arrangements, and a blistering horn section. Of course when I say “good” disco, I’m referring to the kind that retains any shred of relevance in 2009, songs that can still be played without cringing and might even light up a dance floor. From my experience mixing music in France, I can assure you that these songs do exist.

My friend Jon and I are trying to cultivate our very own soul music DJ set during our limited time here in Montpellier. At our first gig, we noticed that the pure soul and mod sounds that inhabit most stateside and U.K. soul clubs failed to produce the same body-flailing enthusiasm as some of our electro cuts. I think this was due in part to the venue’s clientele and also because our French friends have a higher threshold for electronic sounds; they actually crave them. This made us explore more disco music than I’d like to admit. But some of our finds have elicited an overwhelmingly positive response and are now in heavy rotation, proving that disco not only bridges soul and electronic music, it sometimes sounds good doing it.

I don’t know anything about this band except for the fact that they seemingly recorded on their own label—T.O.C Records—and that this single was released in 1983. The intro to the song hits you with that guitar jangle and the crazy horn breakdown that’s begging to be sampled. It’s this next moment that usually makes or breaks the majority of disco tracks. Disco vocals tend to define whether a track is palatable or not. And they have killed many otherwise fine instrumentals. The vocal melodies on “Hand It Over” are fresh and actually improve on the song’s instrumentation. Just listen to the awesomeness of that two-tiered chorus. When the vocal coos peak alongside the horns and upbeat percussion you might even find yourself asking how this song is not actually Beyonce or Amerie.


Carl Carlton “Dance With You”

Detroit native Carl Carlton is a little-known legend in funk and disco circles. He began his career as “Little Carl” Carlton, capitalizing on his near identical vocal delivery to Stevie Wonder. Even if he didn’t prove to be a unique artist, he did posses a chameleon-like dexterity that spawned this classic number and this should-have-been classic. “Dance With You” is clearly in disco territory with the voice modulations and synthesizers. There’s also the lyrical subject matter that pretty much explains the song’s desired effect, from the opening line, “I’m hot, hot, hot, hot,” to the spouting standard dance-centric lingo like “…foxy lady drive me crazy!” in the verses.

You’re already familiar with Patrice Rushen. But in addition to inspiring Will Smith, she has accomplished many other musical feats. She was the first female composer for the Grammy Awards, Emmy Awards, and the People’s Choice Awards. She won the Monterey Jazz Festival at age 18. Her background as a classical and jazz pianist is noticeable in a lot of her work and certainly in “Haven’t You Heard.” Legendary DJ Larry Levan barely tweaked the number but gives it some teeth and more gorgeous synth-strings.


Sylvia Striplin “Give Me Your Love”

This song by the sweet-voiced Sylvia Striplin is universally understood as one of the best songs to come out of the disco era. The two-line chorus just repeats and repeats. Meanwhile, while the musical elements continue to surge forward, the bass line slides up and down, urging body movement. Even though this track was released in 1980, don’t think for a second that this forward-thinking, string-swooping brand of disco is irrelevant today.